Of the three types of stamp collectors, one is the backbone of the hobby. 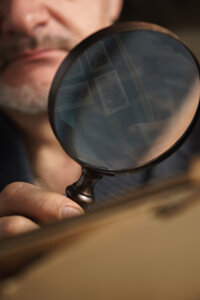 Philately has been one of the world’s most popular hobbies for well over a century. And the market for stamp collecting has traditionally been made up of three main groups of collectors.

In the past, the largest group numerically has been child collectors. In the 1930s (with Captain Tim’s Ivory Snow stamp club, and the 1950s-1970s through Boys’ Life and weekly newspaper stamp columns) the bulk of collectors in our hobby have been youthful philatelists who have tried to fill their general worldwide stamp albums.

Encouraged by teachers and the postal service to collect stamps, young collectors have numbered in the millions. But though numerous in years past, and serving to seed demand for entry-level stamp albums and packets, these youthful collectors have never had much impact on organized, serious collecting. Serious collectors evolve from the two other main groups of collectors.

The second group, lifelong serious collectors, are numerically the scarcest of the three main types of collectors. These are people who get the philately hobby bug early and who devote a significant portion of their free time throughout their lives to their hobby. Certainly, as real-life issues (such as family and work) impact their time, these collectors’ interest in stamp collecting ebbs and flows. But throughout their lifetimes, these men and women are very interested in stamps.

The third type of collector is actually the backbone of philately.

The youthful collectors don’t have the financial resources or the intellectual commitment to make great stamp collections. The lifelong collectors are numerically too few to make much of an impact. But the third group, returning collectors, make great collections and have great fun with their hobby.

Returning collectors fit the following pattern, which has existed for the 150 years that stamp collecting has been a hobby:

Beginning at about age 60, many people who collected as children come back to the hobby of their youth. It often starts by taking out an old collection for perusal, and soon the bug has been caught again. Freed from many family responsibilities and often with less financial pressure, these late-middle-agers have the time and resources to put together very credible stamp collectors.

This is what we are seeing right now. The Baby Boom is generally dated from 1946-1964, which makes the average Boomer 63 in 2017. We are seeing an upsurge of collecting interest, and our hobby should continue growing for the next 10 or 15 years.

Want more of John Apfelbaum’s expert insights into the stamp hobby? Read his full blog. And then be sure to shop Apfelbaum’s stamp and postal history inventory.