Stamp Perforations: The Story Behind a Major Hobby Development

The first postage stamps were issued without a pre-ordered method of separation. In 1840, it was revolutionary enough for the stamp itself to be issued. Rowland Hill hardly thought it necessary to provide Great Britain's postal users with a means of separating their stamps apart, or, in the case of large mail users where speed was essential, razors were used so that entire rows, several sheets deep, could be separated at once. Such separating methods were crude, and resulted in many stamps being damaged. The situation caused complaints in 1840, and it has been a bane of collectors even today. 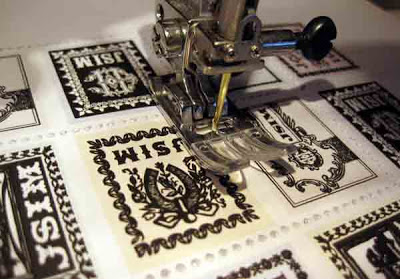 In 1847, Henry Archer, an Englishman and a contemporary of Hill's, proposed that a separating machine of his own design be used to place tiny holes between the stamps so that separation became a simple matter of tearing and not the laborious process of cutting apart stamps. Archer's first invention was a rouletting process, where cuts were made in the paper between the stamps, which, when folded, were easy to tear apart. Rouletting separated stamps well enough; the reason for its ultimate oblivion was a technical one-the knives that did the rouletting so cut the surface (technically called a bed) beneath the sheets of stamps, that replacement of both the beds and the damaged knives was a constant task. A perforation machine, in which a sharpened spheroid cut through the paper and then through a hole placed in the bed obviated this problem. Though Archer's truly innovative invention solved the technological problems of perforating and England of 1850 clamored for an easier method of separating postage stamps, Rowland Hill, the inventor of the postage stamp never warmed up to the idea. Though Hill himself was a great innovator, he often had trouble seeing beyond the postage stamp itself. One co-worker once said that Hill never was enthusiastic about an idea that he hadn't thought of himself.

Despite some late experiments with rouletting, by 1857 nearly all postage stamp issues around the world were being perforated. In fact the 1857 issues of the United States (Scott no. 18-36) is really a perforated version of the 1851 issue (Scott no. 5-17). Philatelists are fortunate that the perforated versions of these United States issues are, in nearly every case, more common; otherwise unethical stamp people would have been tempted years ago to perforate sides of the imperforate stamps.

Read the full post to learn more about stamp perforations.