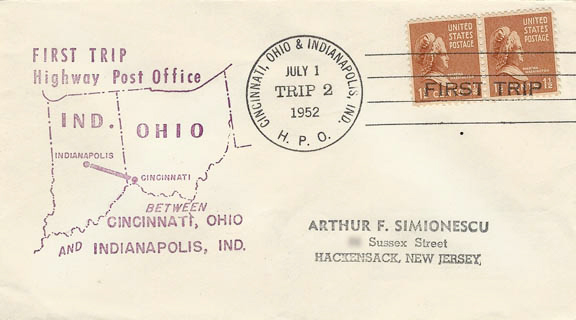 Figure 6. This cover traveled on the first highway post office trip between Cincinnati and Indianapolis in 1952. 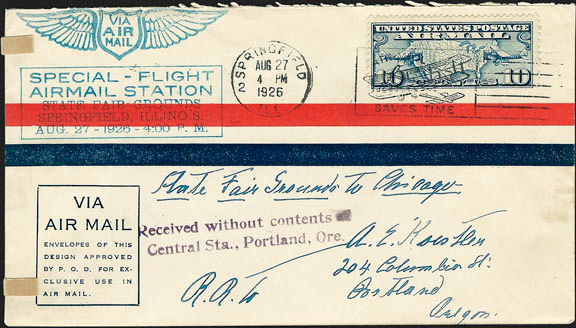 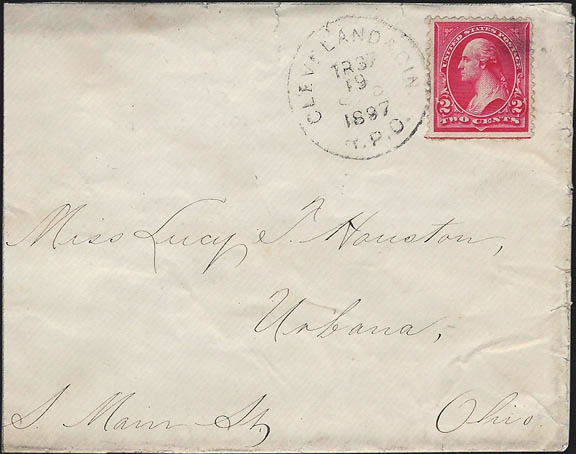 Figure 4. An 1897 letter addressed to Urbana, Ohio, and postmarked on a Cleveland & Cincinnati Railway Post Office. 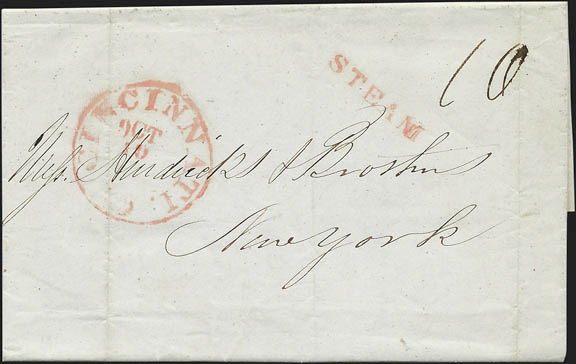 Figure 3. This letter was carried on a steamboat in 1844. 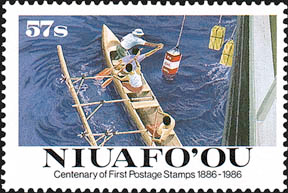 Figure 2. Mail is being transferred in tin cans from ship to outrigger canoe on this 1986 stamp from Niuafo'ou in Tonga. 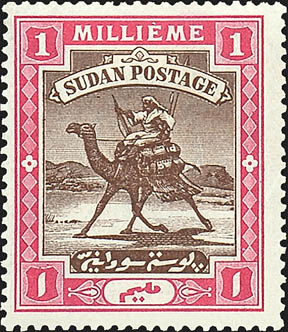 Figure 1. The central design of this 1898 stamp from Sudan shows a postman riding a camel to bring mail to British soldiers.
Previous
Next

It is awesome how technology has changed the way we communicate with one another.

You might think that statement refers to e-mail, texting and Internet video conferencing. Those are indeed current technologies that have changed the way we communicate, but looking at communication technologies of bygone days proves that communication between people is not a static process.

As commerce expanded, postal services, whether government sponsored or commercially operated, sprang up, and that expansion, in turn, drove the need for better and faster mail delivery.

Those "better and faster" qualities were embraced as postal services looked for ways to improve.

In the United States, post roads were constructed to help speed mail carriers through the wilderness.

The delivery of postal mail continues to evolve.

Forming a collection that illustrates the various ways mail has traversed from point A to point B could be an engrossing project. It need not be expensive.

Stamps frequently show exotic forms of mail delivery. Figure 1 pictures one of the most well-known stamps that illustrates mail being delivered. Issued by Sudan in 1898, the 1-millieme rose and brown stamp (Scott 9) depicts the Sudanese camel post that brought regimental mail to British soldiers stationed in Sudan.

Another famous and equally exotic mail delivery system is shown in Figure 2: the legendary tin can mail of Niuafo'ou, an island in the Tonga chain (Tonga—Niuafo'ou Scott 77). This 57-seniti stamp shows the transfer of mail from a passenger liner to an outrigger canoe. The canoe would paddle back to the island with the mail in sealed tin cans that safely protected it from ocean spray.

While it is fun to collect stamps that commemorate different methods of mail delivery, collecting examples of mail that actually traveled a route using new or unusual processes can be even more captivating.

Figure 3 shows a stamp­less letter mailed in 1844 from Cincinnati, Ohio, to New York. Notice the “Steam” handstamp near the 10¢ manuscript postal fee at upper right.

Steamboats began plying the Ohio River beginning as early as 1811. By the time this letter was mailed, hundreds of steamboats traveled the major rivers in eastern and central United States, and many of the vessels had contracts with the U.S. Post Office Department to carry mail.

Trains carried enormous quantities of mail. In the United States, nearly all major railroads had railway mail cars. These were staffed by postal railway clerks who would postmark and sort the mail while the train was moving, thus speeding the mail to its final destination.