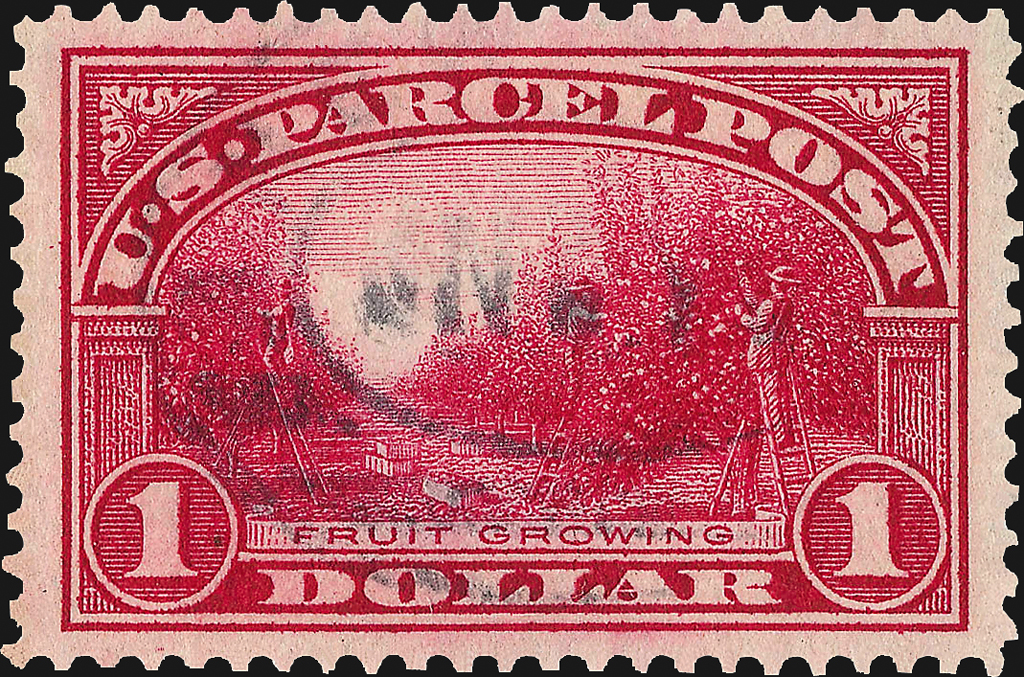 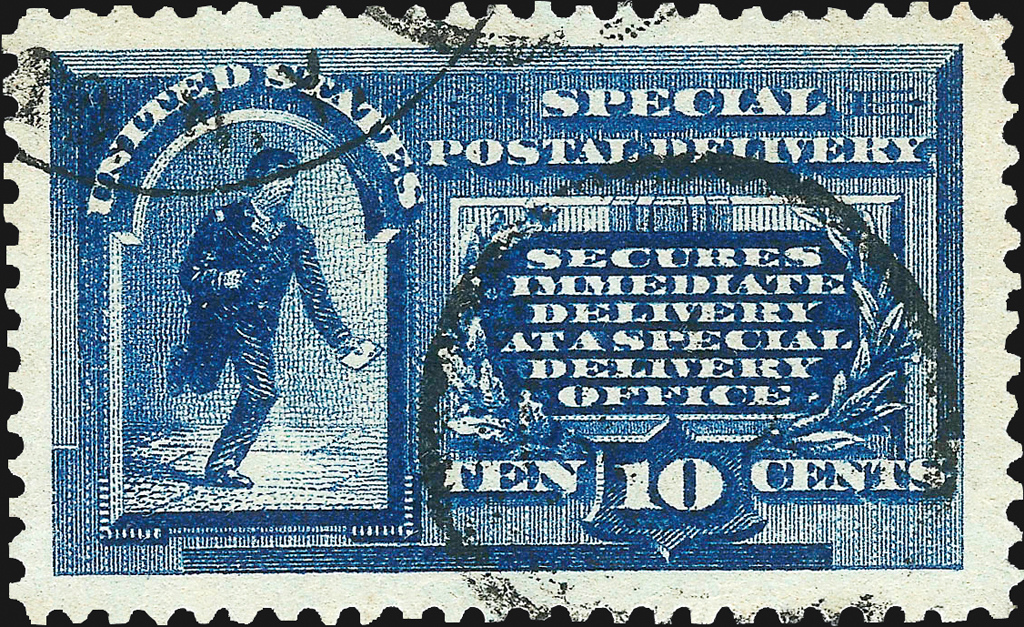 Realizations were strong, and there were items to appeal to a wide range of collecting budgets.

Among the better performing sellers were graded used stamps of superior quality.

Tracking down such stamps is often more challenging than the hunt for similar stamps in unused condition.

Beautifully centered unused stamps have long been the apple of many a collector’s eye.

Only recently have more collectors come to appreciate used stamps in top-quality condition.

One particularly nice gem that attracted attention was a 10¢ blue special delivery (Scott E1) with a 2006 Professional Stamp Experts certificate indicating a grade of extra fine-superb 95, with a “jumbo” designation because of unusually large margins.

Described by Siegel as having “deep intense color and impression,” the stamp sold for $632.50, including the 15 percent buyer’s premium.

Two characteristics made this stamp stand out: its large margins and the light, unobtrusive cancellations.

Although not mentioned in Siegel’s description, the stamp also possesses full, even perforations on all four sides, which add to the eye appeal.

His used single of the $1 Fruit Growing (Scott Q12) is a wonderful gem. Such a stamp can take years of patient searching to find.

Bidders zeroed in on the extra large margins, what Siegel calls “gorgeous centering,” and the very light strike of the oval registry cancel.

A stamp with any one of these characteristics is not too hard to find. Expect to search much longer for a stamp possessing all three.

As you might expect, the stamp received spirited bidding, selling for $1,725 — well above the Scott value of $350 for a used grade-95 stamp with no jumbo premium.

The performance of these two stamps amply demonstrates that buyers who demand the finest quality are willing to pay handsome prices.

Will they do as well or better the next time they hit the auction block? Only time will tell.

One thing, however, can be stated with certainty: Dan Curtis had an eye for great-looking stamps.