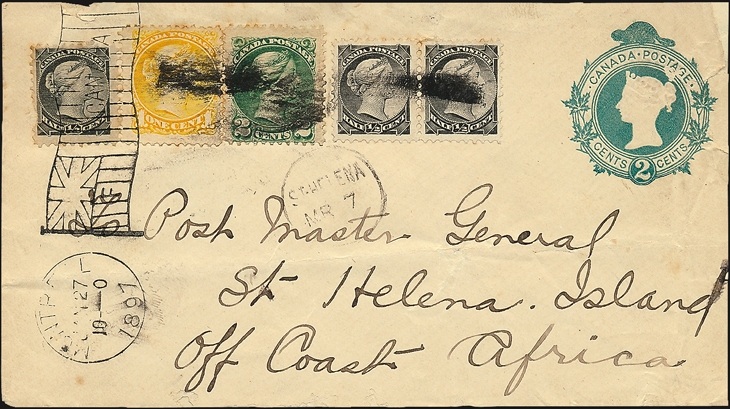 Also from the Daniel Cantor collection, this 1897 St. Helena cover is the only recorded Universal Postal Union-rate cover to the island. It sold for $150 at the Sparks sale in November 2015. 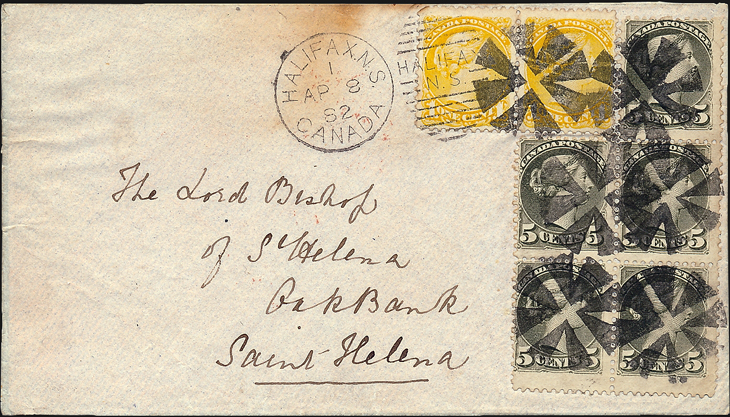 Offered for the first time at public auction, this ex-Cantor 1882 cover to St. Helena, franked with a block of five of the 5¢ Small Queens and a pair of the yellow 1¢ stamps, went for a little more than $9,000 at the Sparks sale in Ottawa in November. 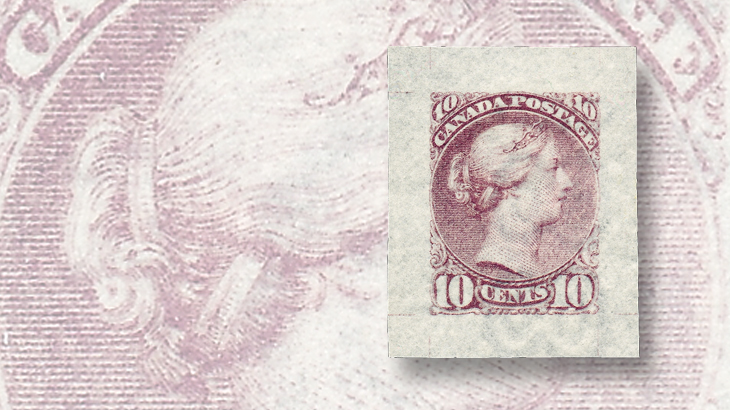 The Cantor collection of Canada’s Small Queens sold by Sparks Auctions in November included a die proof of the 10¢ in dull rose lilac, one of just three in that shade. It sold for $19,800. 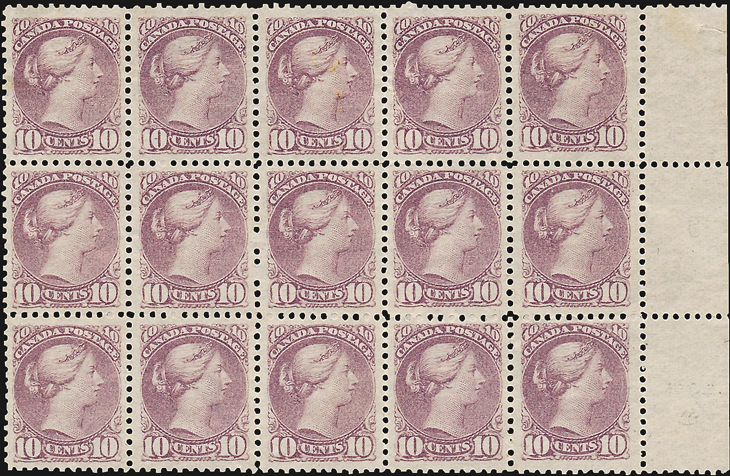 The Daniel Cantor collection of Canada’s Small Queens offered in November by Sparks Auctions included this remarkable unused block of 15 of a variety of the 1881 10¢ reddish purple stamp, possibly the largest remaining multiple of certain Montreal printin
Previous
Next

Cantor, a retired Ottawa businessman with a lifelong passion for stamps, has sold several parts of his Canada collection over the years. Most notably, his “Pence and Cents” collection, covering the issues pre-dating Canada’s confederation in 1867, won an international large gold at London 2010 and was sold in 2011 by the firm of Matthew Bennett for close to $1.5 million.

The Small Queens were Canada’s third series of definitive stamps, issued over a relatively long period, from 1870-97. They followed the similarly designed Large Queens of 1868-76, but were — not surprisingly — slightly smaller.

Because of their longevity, the Small Queens went through numerous printings in both Ottawa and Montreal; the different paper types, gauges of perforations and shades of color can keep collectors absorbed for a lifetime. Cantor’s collection was considered one of the best ever assembled.

Additionally, because the series was in use both before and after the establishment of the Universal Postal Union, “the postal history of the issue is rich with ever-changing postal rates and regulations, and it also represents the first stamp issue of Canada where postal history material exists to destinations that cover most countries in the world,” Cantor wrote in the introduction to the sale catalog.

The centerpiece of the sale was a spectacular, unused block of 15 of the 10¢ reddish purple stamp, perforated gauge 12 (a variety of Scott 40), issued in 1881. Called “amongst the most important mint multiples of the entire Small Queen issue,” the block boasts good centering throughout, with “full, streaky dull gum” and the two bottom stamps never hinged.

Among proofs and essays, a lovely die proof of the 10¢ in dull rose lilac, on paper showing a partial “188” watermark (perhaps part of a year of manufacture), was described as one of just three existing in that shade and a “showpiece” that had graced numerous leading collections. It fetched $19,800.

Postal history was represented in the Sparks sale by an 1877 cover to England that predated the advent of the UPU, franked with a 5¢ Small Queen (Scott 38) and a scarce 8¢ registered letter stamp (F3). Only 16 covers bearing the latter stamp used during its correct rate period are known. This cover in the Cantor collection has belonged to some famous collectors, including William H. “Bill” Gross. It sold for $21,450.

An 1882 cover to the tiny South Atlantic island of St. Helena, sent before the UPU governed rates to that destination, was franked with a block of five of the 5¢ Small Queens and a pair of the yellow 1¢ (Scott 35), making up the 27¢ non-UPU rate. The stamps were canceled by a Halifax duplex and several strikes of a cork “crossroads” fancy cancel.

This is the earliest of just three known Small Queen covers to St. Helena, of which Cantor owned two, with this example offered at public auction for the first time. It went for a little over $9,000.

Cantor’s other St. Helena cover was the next lot: a somewhat oddly franked 1897 cover consisting of a 2¢ stamped envelope uprated with three ½¢, a 1¢ and a 2¢ Small Queen, overpaying the 5¢ UPU rate. Canceled with a combination of machine flag cancel and some smudges, it is the only recorded UPU-rate-era Small Queen cover to this remote island. It sold for $150.