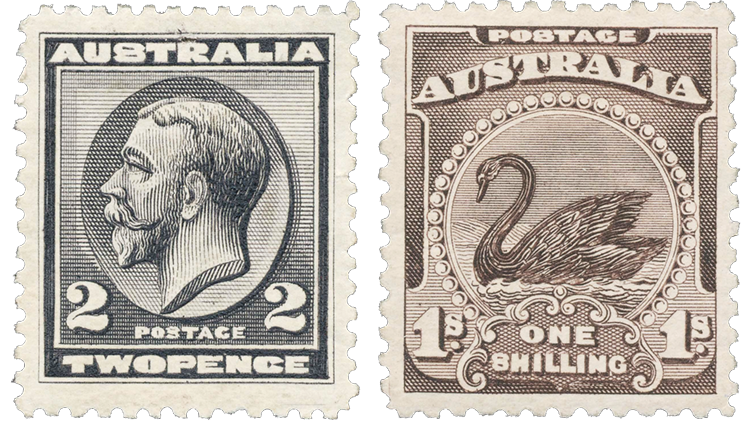 The Arthur Gray collection of Australia offered by Mossgreen in Melbourne in October included a pair of unissued designs of King George V definitives: a 2-penny design in purple-black showing the king’s profile, and a 1-shilling design in purple-brown depicting a black swan. 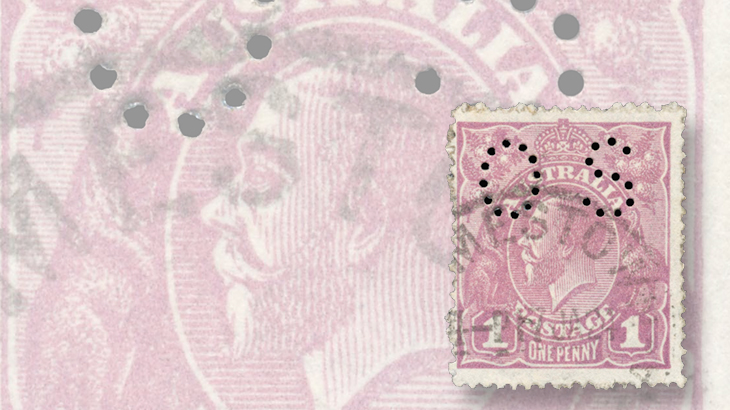 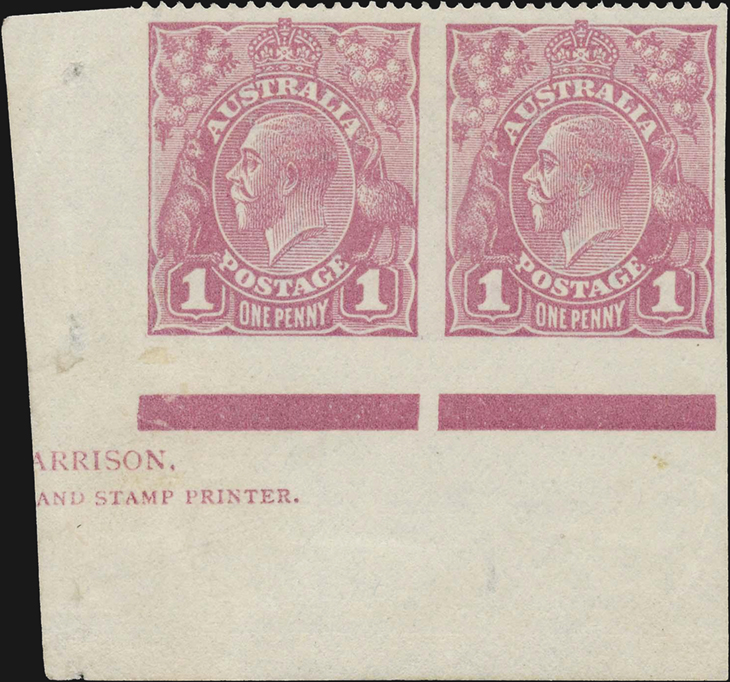 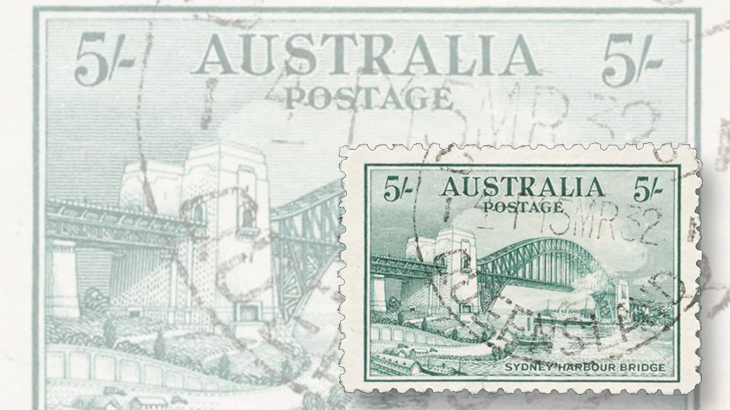 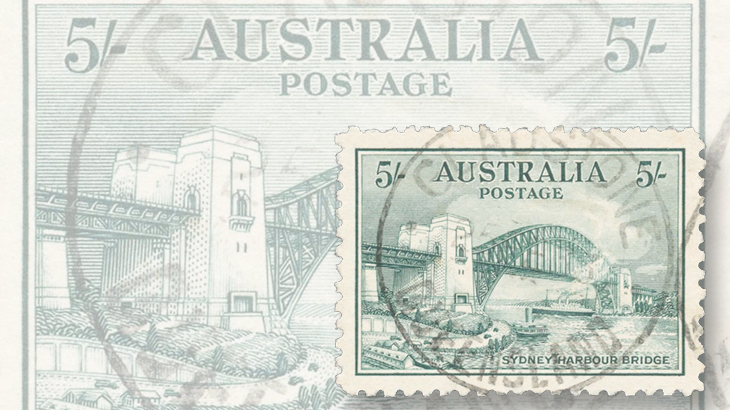