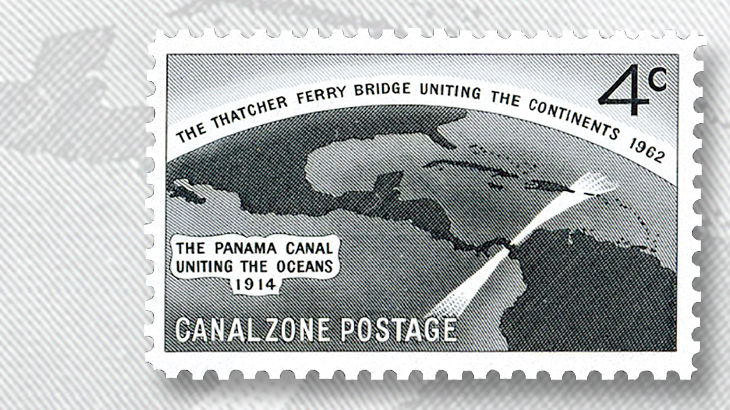 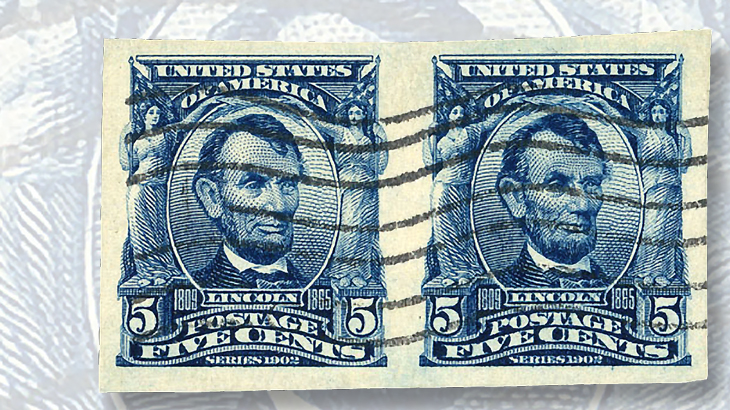 The Jan. 13-15 Harmer-Schau auction at Orcoexpo 2017 in Fullerton, Calif., offers United States and worldwide stamps, covers, and collections. Among the U.S. single lots is this used pair of the imperforate 1908 5¢ blue Abraham Lincoln stamp, described as 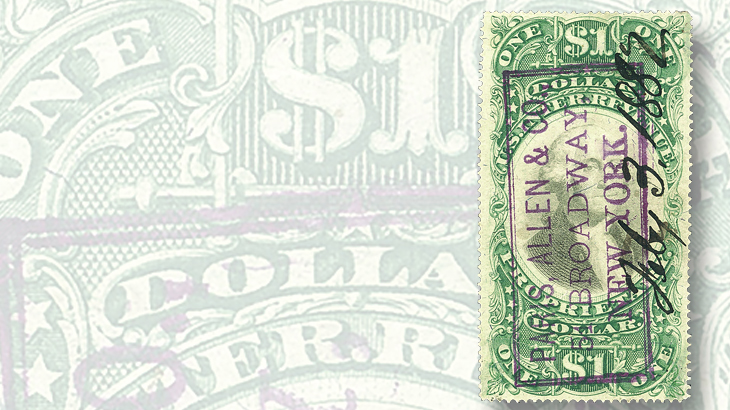 One of two used examples of the 1874 $1 green and black on green paper proprietary revenue stamp that will be offered during the Jan. 13-15 Harmer-Schau auction at Orcoexpo 2017. Only seven used examples have been recorded.
Previous
Next

Harmer-Schau Auction Galleries of Petaluma, Calif., will hold a philatelic auction in three sessions during the 42nd annual Orcoexpo in Fullerton, Calif., near Anaheim.

The show and the auction are taking place Jan. 13-15 at the Hotel Fullerton and Conference Center at 1500 S. Raymond Drive.

The Friday auction session begins with a selection of United States coins, followed by hundreds of individual worldwide lots, including Great Britain and British Commonwealth, Germany and German Empire, China and other Asia, and more.

A large selection of U.S. and worldwide stamp and postal history collections will be auctioned during the Sunday session.

A highlight among the Great Britain offerings is an unused 1885 £1 brown-lilac Queen Victoria Inland Revenue Official stamp with Crowns watermark (Scott O10), without gum. The scarce stamp is offered with an opening bid of $11,500 and an estimate of $12,000 to $13,000, against a Scott catalog value of $80,000.

A nice range of higher denomination stamps from the 1893 Columbian commemorative series is offered among the U.S. single lots, including a $5 black (Scott 245) with full original gum and “very nice centering.”

The 20th-century stamps include a rare used pair of the imperforate 1908 5¢ blue Abraham Lincoln (Scott 315) struck with a wavy line machine cancel.

The auction description notes that only 29 sheets of 400 of the 5¢ imperforate were issued, according to the findings of researcher and author Max G. Johl.

“Most were sent to Indianapolis and the majority was used by manufacturers of private coils,” Harmer-Schau explains. “Some unused were no doubt kept by collectors, 825 copies were distributed to members of the Detroit Philatelic Society. It is possible that most of the used copies originate from this supply, extremely rare in used condition.”

The Scott catalog value for the used imperf pair is $11,500. This example carries an opening bid of $3,750 and an estimate of $5,000 to $6,000. Formerly in the collections of Hillmer and Grace, the pair is accompanied by a 1987 certificate from the Philatelic Foundation.

The auction includes a selection of philatelic errors and varieties, including a very fine never-hinged example of the so-called Yellow Hat stamp: the 1998 H-rate stamp showing Uncle Sam’s hat against a yellow background, originally intended to fulfill a new postcard rate, but never officially issued.

Still, some 234 examples of the Yellow Hat stamps have turned up over the course of nearly two decades, according to Linn’s census of the issue, with 105 in mint condition.

Though the stamp is not Scott-listed, it is pictured and described in a note in the Scott Specialized Catalogue of United States Stamps and Covers, and valued at $3,000 unused and $2,000 used.

Also on offer is a rare and dramatic mint-condition error from the Canal Zone: the 1962 4¢ black and silver Thatcher Ferry Bridge and Map postage stamp with the silver ink, which prints the entire length of the bridge across the stamp design, completely absent (Scott 157a).

The Scott U.S. Specialized catalog notes just 50 stamps known with this color-missing error, and values the stamp at $8,000 in mint never-hinged condition.