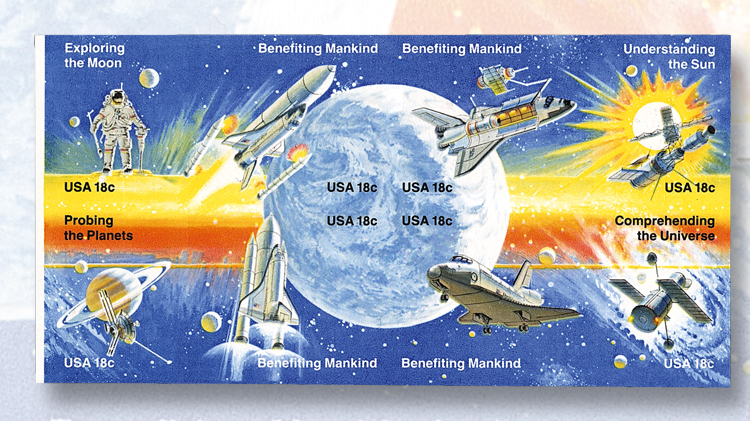 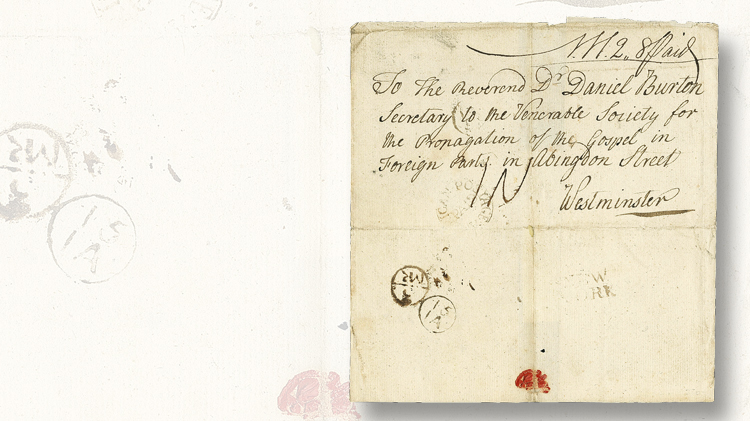 A folded letter mailed in 1769 from Waterbury, Conn., to Westminster, England. The cover includes an “American Postage Paid” shipletter handstamp rarely applied to outgoing mail from the American colonies. It will be auctioned in the Dec. 15 Robert A. Siegel sale. 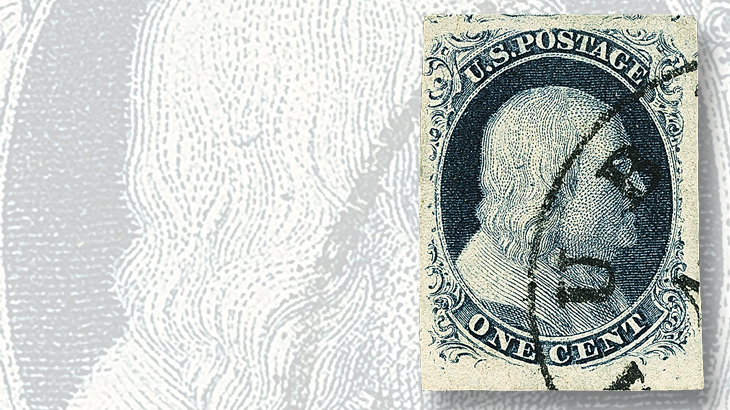