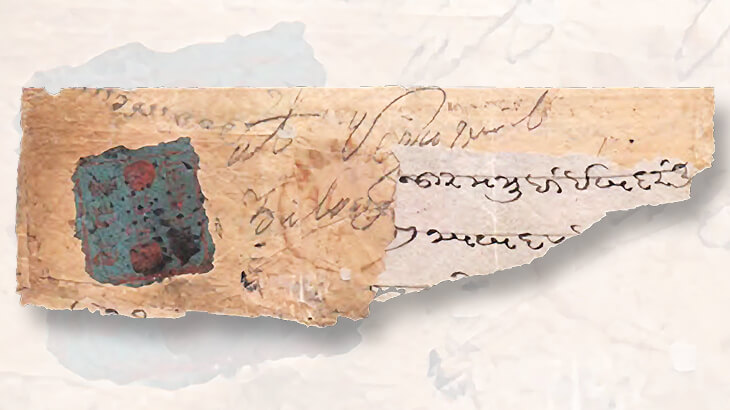 Among the Indian feudatory states offerings in the Stanley Gibbons September sale was an early stamp of Soruth on a cover fragment. The item sold for $11,475. 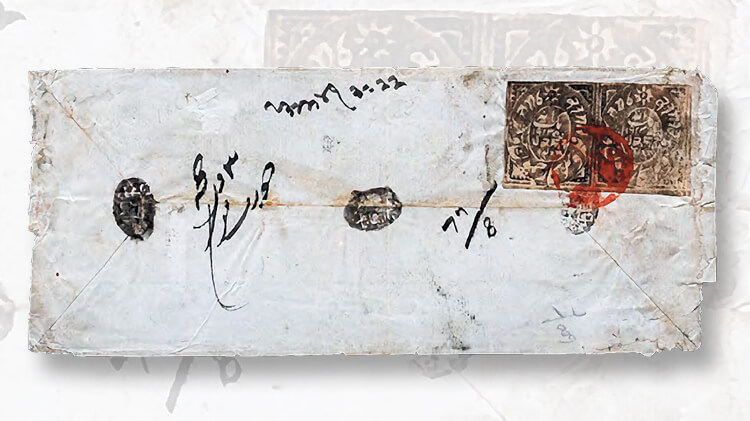 In September in London, Stanley Gibbons offered a cover with a rare franking: a pair of Kashmir 1a black stamps of 1867. It brought $8,400, double its estimate. 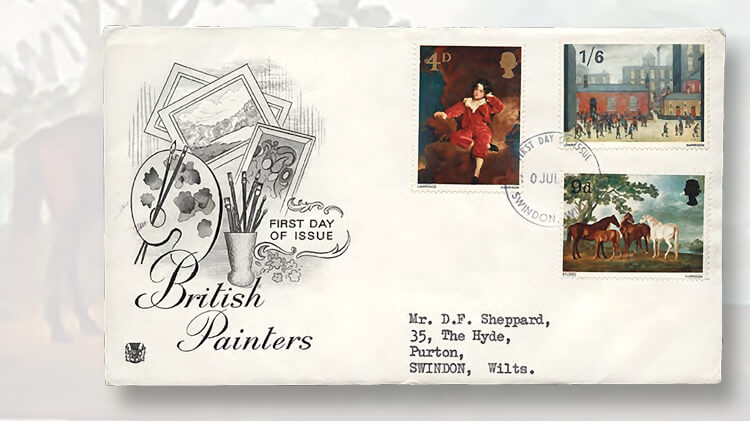 One of 41 known examples of a British color-missing error sold for $4,950 at the Stanley Gibbons auction in September. The error has the gold color missing from the silhouette of Queen Elizabeth II on the 1967 stamp honoring painter Laurence Stephen Lowry. 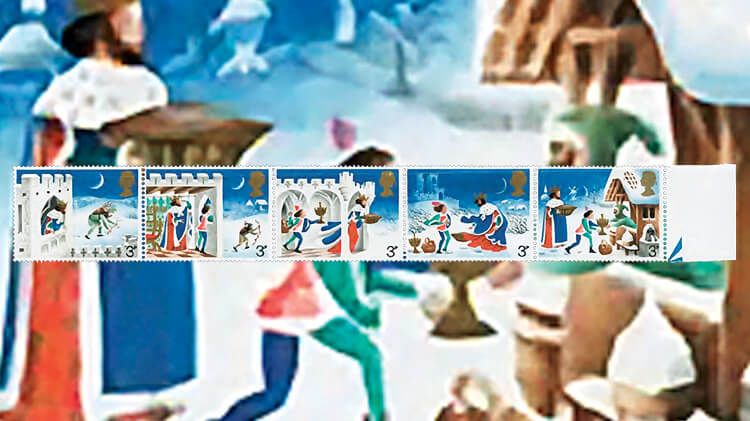 Another British color error in the Gibbons auction in September, one of seven examples known of strips of the 1973 Good King Wenceslas stamp without rosy-mauve ink, sold for $11,475.
Previous
Next

Although nominally under British control in the late 19th century, India was in reality a patchwork of princely (or feudatory) states, most of which were practically autonomous, and more than 30 of them issued their own postage stamps for local use. Many were crudely produced and lack English inscriptions which, together with their rarity, make them a challenge to collect.

Jammu and Kashmir were two of the states that issued their own stamps, beginning in 1866. Because they were ruled by the same sovereign, the two are listed together in the Scott Standard Postage Stamp Catalogue.

A pair of Kashmir 1a black stamps of 1867 (Scott 66) was tied to a gray cover by a red circular postmark of Srinagar, described as a very rare franking. The imperforate stamps, printed in watercolors on so-called native paper, show a primitive squared-oval design with inscriptions in both of the alphabets used for the Kashmiri language.

The cover more than doubled its presale estimate, selling for the equivalent of $8,400, including the 18 percent buyer’s commission charged by Stanley Gibbons.

An early stamp of Soruth, another of the princely states, was offered on a fragment of an envelope. The roughly separated 1a stamp, printed in 1868 in red on green paper (Scott 4) is tied to the piece by a grid of dots, with part of a Jaitpore postmark nearby. Accompanied by a British Philatelic Association certificate, the item sold for $11,475.

Away from India, the Gibbons sale offered some modern British errors, including a color-missing stamp used on a first-day cover.

Britain issued a set of three stamps in 1967 honoring painters, two classical and one contemporary. The latter, Laurence Stephen Lowry (1887-1976), is represented by his industrial cityscape titled Coming Out of School. A silhouette bust of Queen Elizabeth II in gold and the denomination 1/6, representing 1 shilling and 6 pence, complete the design.

Forty-one examples missing the gold head in error (Scott 516c) were reported sold by the post office, but to date only two unused examples and two on first-day covers have surfaced. The FDC, accompanied by a letter from the British Post Office to the man who discovered the error, sold for $4,590.

Britain’s 1973 Christmas issue included a se-tenant strip of five stamps (Scott 713a) showing scenes from the legend of Good King Wenceslas, who is said to have gone out on a cold winter’s night to help the poor.

Some were printed without the rosy-mauve ink, affecting the designs of all but the leftmost stamp in the strip. Seven such error strips are known; the one in the Gibbons sale sold for $11,475.