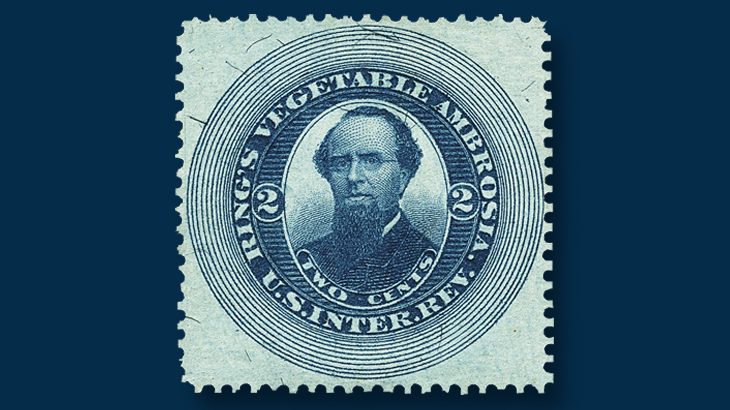 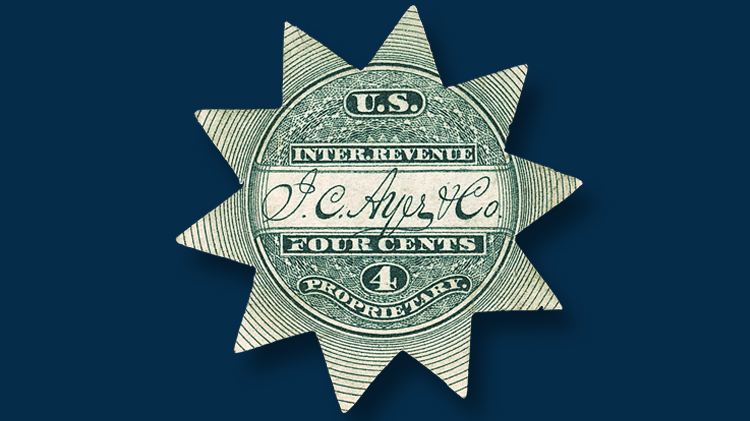 Robert A. Siegel Auction Galleries offered a variety of the 24¢ Washington stamp from the same 1861 series in its Dec. 19-20 sale. This “extremely fine gem” with original gum of the 1861 24¢ violet on thin paper (Scott 70c) garnered $23,600, including an 18 percent premium. There are four important regularly issued shades of the 1861 issue: the violet on thin paper was the first regular printing, from August 1861, and probably the rarest.

Siegel featured the Keith J. Steiner collection of Hawaii, including four Hawaiian Missionary stamps, which all sold between $12,390 and $19,470 in less than very fine condition.

The finest cover in the collection was a single use of the 1863 2¢ carmine rose King Kamehameha IV stamp on vertically laid paper (Hawaii Scott 28a), sent collect to San Francisco on the last mailing of the error rate subperiods.

Hawaii had a 5¢ treaty rate for incoming mail to the United States. When the rate for all foreign mail was increased to 10¢, San Francisco began charging 5¢ postage due on incoming mail from Hawaii, even though this should have been unaffected by the rate change because of the treaty.

There was only one ship that departed with mail franked for the 10¢ rate before Hawaii learned that the treaty rate of 5¢ was still in effect. Only three covers, including this one, survive from that shipment. As this cover was sent collect, it was not affected by the rate.

The Grant Inman collection of private die medicine stamps offered nearly all the great rarities of the U.S. medicine stamps. Highlights include the 4¢ green J.C. Ayer & Co. stamp die cut on old paper (Scott RS12a). Siegel found a buyer for the stamp on offer, one of only three known examples, for $20,650.

The scarcest of the Swaim issues, with perhaps two known, is the imperforate 8¢ William Swaim on old paper (Scott RS234a), which Siegel successfully auctioned for $22,420.