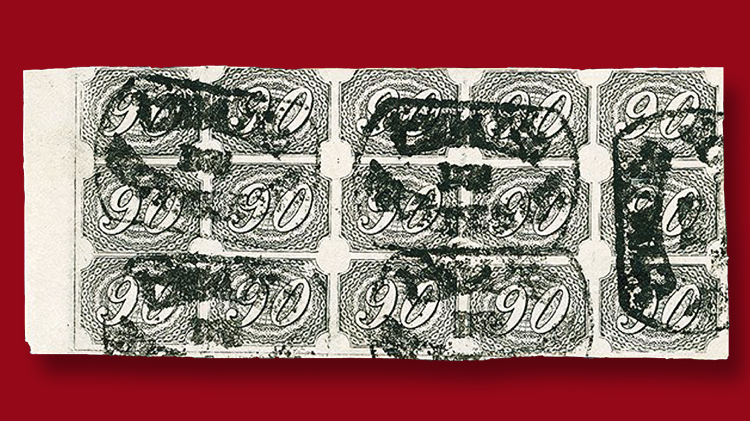 The largest multiple containing both type I and type II of Brazil’s 1845 90-reis stamp sold during the Dec. 6-7 Spink USA auction. 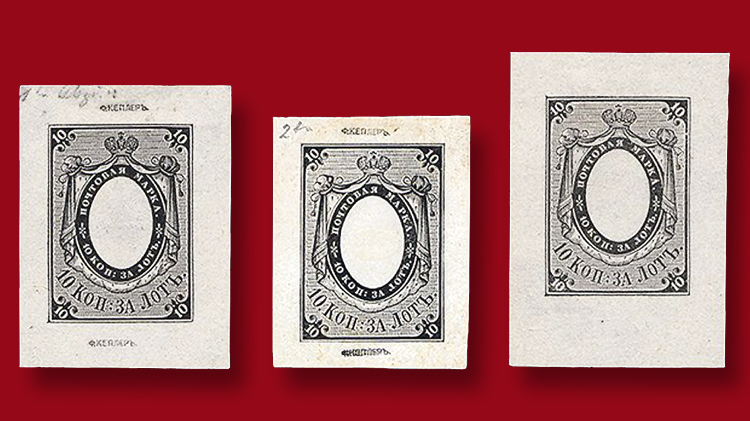 During its recent auction in New York City, Spink USA offered a unique set of 1857 engraver’s progressive proofs of the first issue of Russia. The proofs were once owned by Faberge.
Previous
Next

A set of three 1857 engraver’s progressive proofs of the first issue of Russia was offered through Spink USA. A new owner for these famous proofs, the next in a great lineage that includes Faberge, was found for $69,000