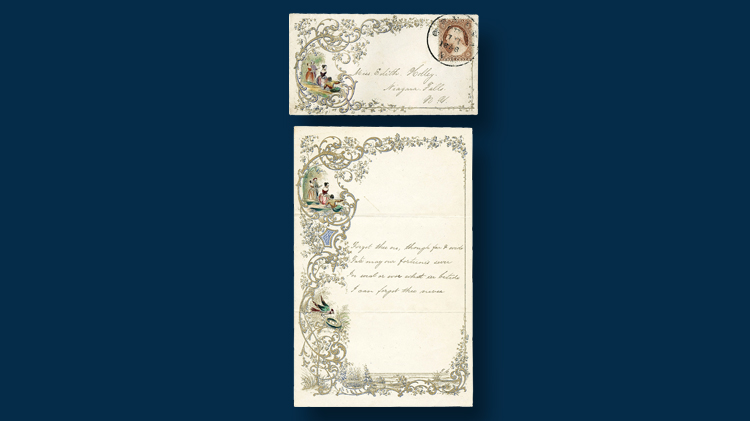 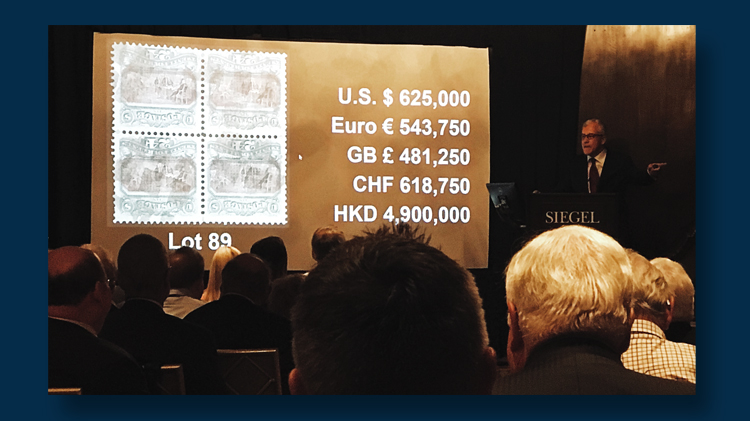 Scott Trepel, president of Robert A. Siegel Auction Galleries, calling the sale of the William H. Gross collection of United States stamp treasures Oct. 3 in New York City. The item on the screen is the unique used block of four of the 1869 24¢ green and violet Declaration of Independence stamp with inverted center, which sold for $737,500. Photo by Matthew Healey. 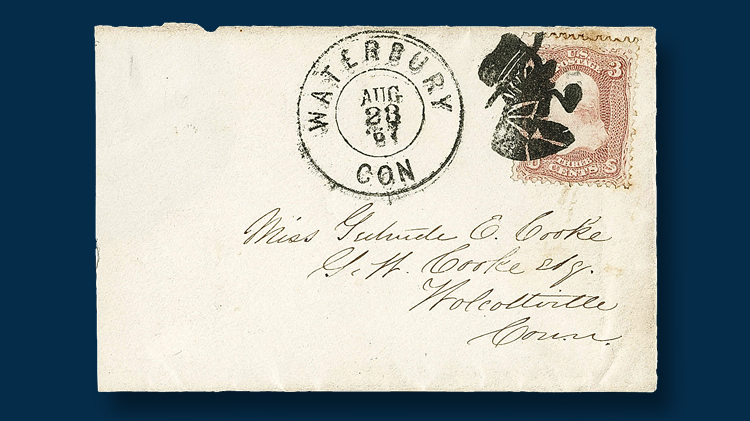 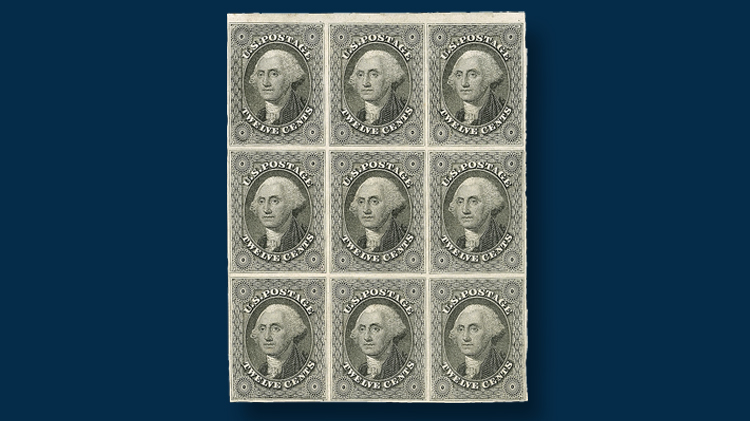 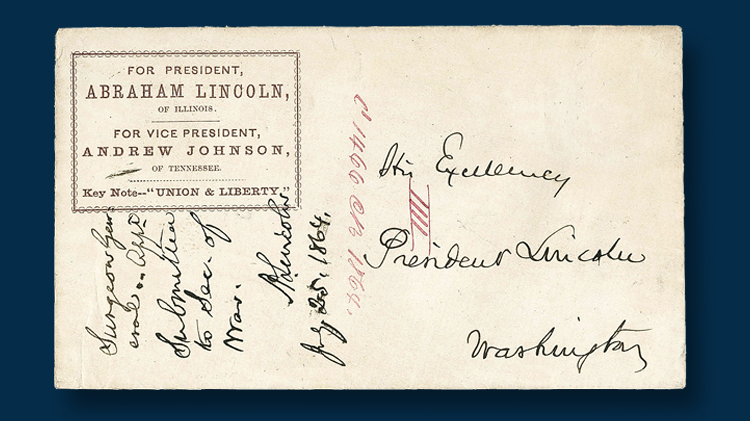