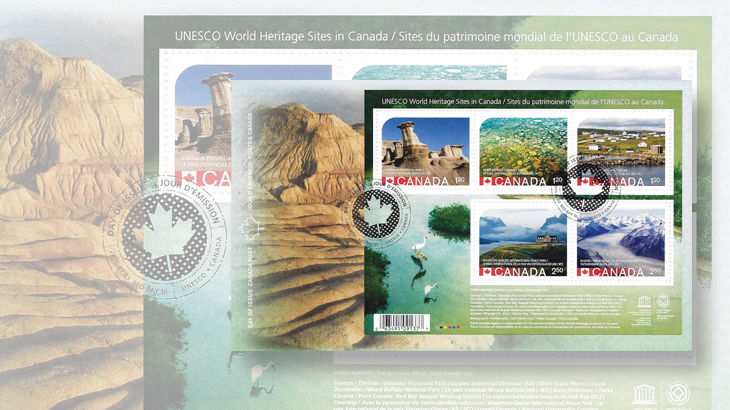 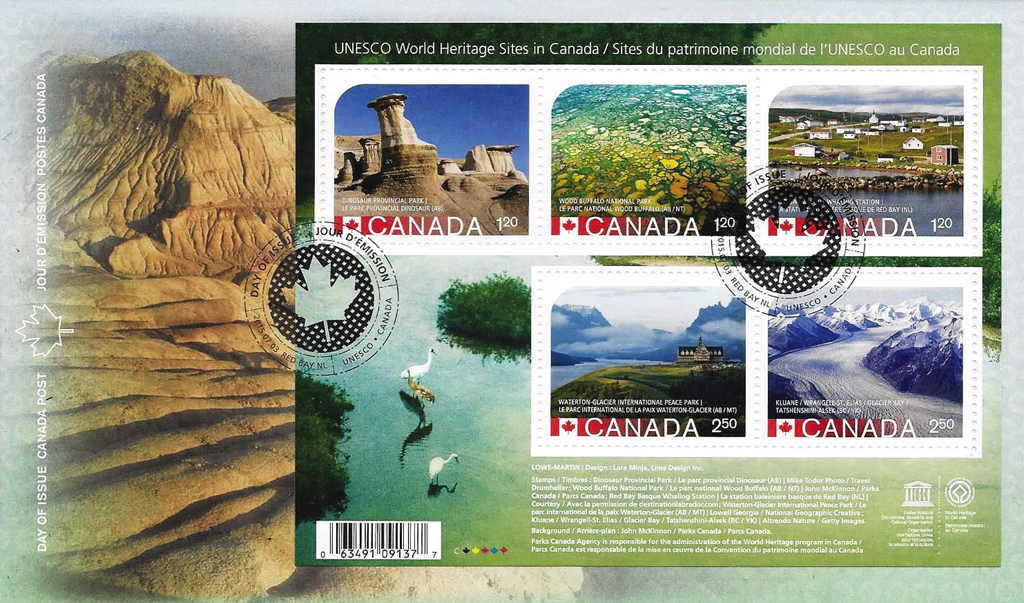 The top recorded price for any of the Hoodoo design error items on eBay as of July 13 was $100 for this Canada Post official first-day cover postmarked July 3 in Red Bay, Newfoundland. Linn's also noticed strong prices for booklets containing the $1.20 st
Previous
Next

Less than a week after Canada Post ordered the recall and destruction of booklets and souvenir sheets with $1.20 stamps depicting inaccurate images of the Hoodoo rock formations, they became hot properties on the Internet auction website eBay.

As of midnight on Monday, July 13, 183 booklets, souvenir sheets and single stamps already had been sold in all forms, and more than 100 additional sales were pending.

The recall was announced after it was discovered that the columns of rock shown on a $1.20 stamp were not from Alberta’s Dinosaur Provincial Park, but in East Coulee, located 60 miles northwest near Drumheller, Alberta.

When locals complained, Canada Post swiftly apologized and announced that the error stamps would be withdrawn, scrapped and replaced with a stamp with an appropriate image as soon as possible  (Linn’s, July 27, page 1).

Doing so, Canada Post announced, would involve “recalling the product from 6,000 post offices across the country,” a process now underway. But collectors and dealers who got wind of the scheme acted swiftly to buy $7.20 self-adhesive six-stamp booklets containing two of the recalled die-cut versions of the $1.20 stamp, and $8.60 five-stamp souvenir sheets each containing a $1.20 perforated single with moisture-activated gum.

At this time, it’s anybody’s guess how many of these error stamps escaped the recall dragnet, and where their value will finally settle. That’s clear from the early prices being paid on eBay, shown here rounded to the nearest dollar.

The high mark as of July 13 was $100 for the only example Linn's has seen of an official Canada Post first-day cover with the souvenir sheet, postmarked July 3 in Red Bay, Newfoundland.

A matched pair of privately cacheted FDCs with souvenir sheet and booklet versions of the stamp were on offer at $35 and $25.  A buyer paid $81 for a souvenir sheet first-day canceled four times in Saint-Michel-du-Squatec, Quebec, but bidding opened at just $9.99 on an off-cover sheet neatly canceled July 3 in Boisbriand, Quebec.

The high and low realizations for the mint souvenir sheet were $99 and $10.95, the latter purchased early using the eBay “Buy It Now” option. Two six-stamp booklets topped out at $66, but two others sold for less than $10.

Strips of all three booklet stamps including a single $1.20 Dinosaur Provincial Park sold for as little as $6, and all five souvenir sheet singles — a face value totaling $8.60 — were put up for bids starting as low as $11. Most buyers paid more.

Linn's noted more than 30 sellers, most from British Columbia, Ontario and Quebec, but also some from Alberta, Saskatchewan, Manitoba, Newfoundland and Nova Scotia. One hailed from the hamlet of Kettleby, Ontario, population 127.

Post offices were presumably first to be notified and take the problematic stamps off sale, but Canada Post in 2015 counts on retail postal outlets (which it calls RPOs), in drugstores and other retail chains, to meet the stamp needs of most Canadians. It is unclear how rapidly these shops where stamps are a sideline will notice and comply with this unaccustomed recall.

Bear in mind that the quantities of these stamps produced were small, and the design-error stamp and matching booklet cover are striking, which may mean many collectors will want to add these to their albums. But just 160,000 self-adhesive stamp booklets were printed, each with two stamps showing the design error, and only 140,000 five-stamp lick-and-stick souvenir sheets, each with a single stamp.

There can have been few Canada Post official first day covers that went out in the first days after the stamps were released, before awareness of the mistake became widespread, and not all subscribers will be aware of the ensuing kerfuffle.

Two things are certain. First, as philatelic purists will one day surely concur, this is an issued Canada stamp regardless of the image. Second, virtually all of the Hoodoo error stamps that haven’t been sold or saved by now have a date with the shredder.

Still to be heard from are those collectors who bought booklets the day they were issued and will now be looking to profit from their good fortune or optimistic investment, depending on one’s point of view.