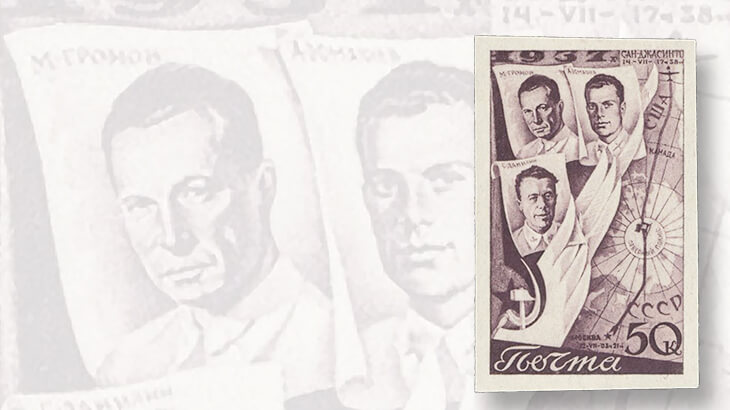 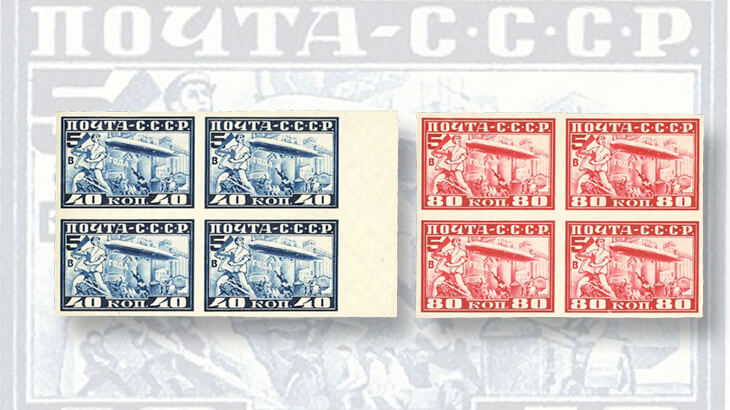 In 1930, a pair of Russia airmail stamps exhorted workers to fulfill the goals of the current five-year economic plan in just four years. Cherrystone offered a set of imperforate blocks of four in its sale. Said to be unique, the set brought a whopping $5
Previous
Next