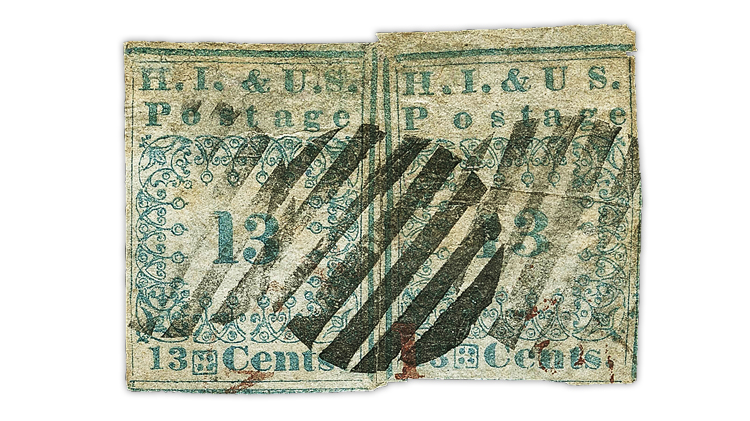 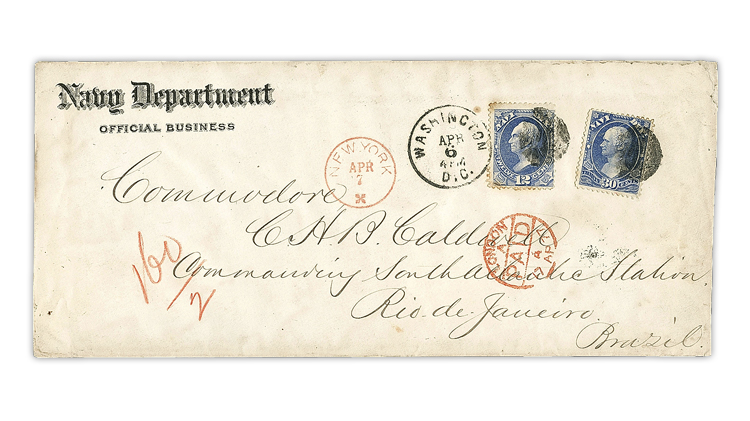 The Siegel auction also includes this rare use of the 12¢ and 30¢ U.S. Navy Official stamps together on an 1877 cover addressed to Rio de Janeiro.
Previous
Next

On Feb. 25, Robert A. Siegel Auction Galleries will conduct a public auction of the Ambassador J. William Middendorf II collection of United States and Hawaii classics. The sale begins at 10:30 a.m. at Siegel’s galleries in New York City.

The last group includes the only recorded multiple of the 1852 13¢ H.I. & U.S. Postage Hawaii Missionary stamp (Scott 4), a horizontal used pair that was separated and rejoined, struck three times with a bold seven-bar grid cancel and also struck with a faint red San Francisco circular datestamp.

Siegel notes a value of $70,000 for the pair, based on the 2020 Scott Specialized Catalogue of United States Stamps and Covers value of $35,000 for a single used stamp.