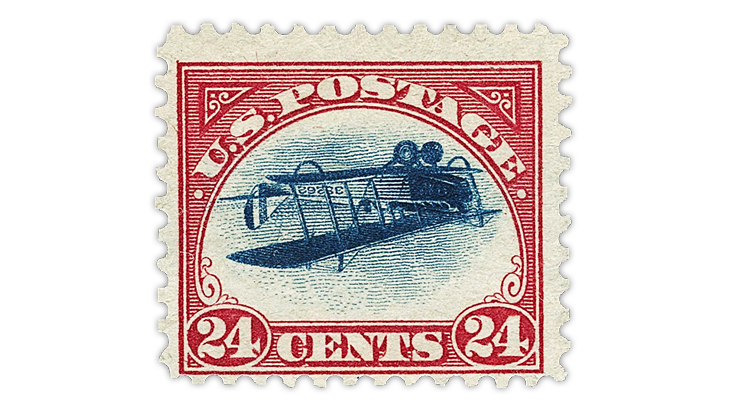 This example of the most recognizable United States stamp error, the 1918 24¢ Jenny Invert, will be offered during the June 30-July 1 Rarities of the World auction by Robert A. Siegel. 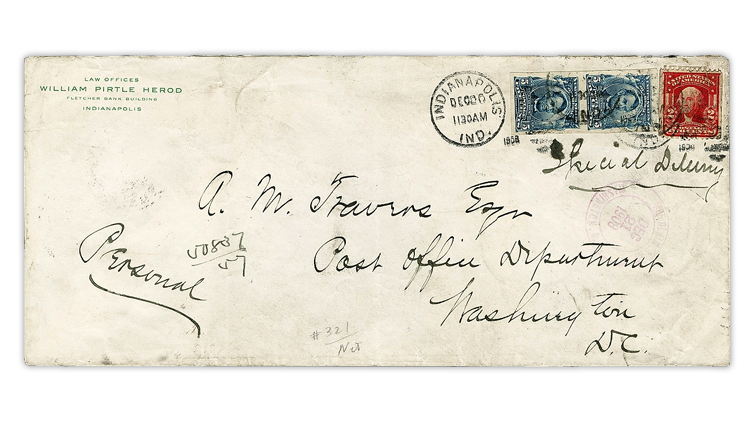 One of only two known covers franked with the 1908 2¢ carmine type I Washington perf 12 coil. The long-missing pair of imperforate 1908 5¢ blue Lincoln stamps on the cover was returned to it just last year. This 20th-century American rarity will be auctio 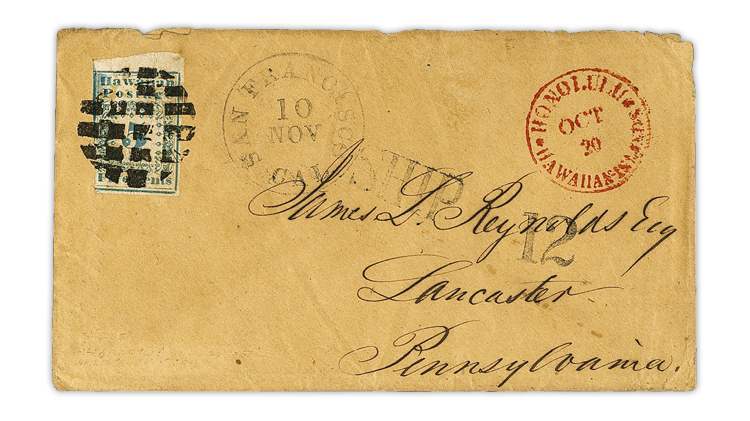 Sound examples of Hawaiian Missionary stamps on cover are highly prized by collectors. The upcoming Siegel auction includes this example of the 5¢ stamp used in 1853 to mail a letter from Honolulu to Lancaster, Pa. 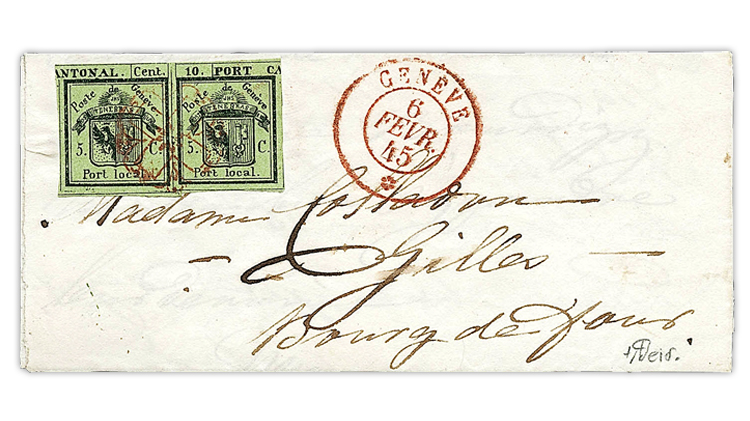 Described as the rare Double Geneva invert on cover, this postal history gem from the Swiss canton of Geneva dates back to 1843.
Previous
Next

The 2020 Rarities of the World sale from Robert A. Siegel Auction Galleries will take place in two sessions, June 30 and July 1. Material from the United States and associated areas, most notably Hawaii, is featured in the first 313 lots. The sale concludes with 38 lots from countries worldwide.

Early in the Wednesday session, Siegel will offer an example of the United States 24¢ carmine rose and blue Jenny Invert, the 1918 airmail error stamp with the blue Jenny biplane printed upside down in the stamp’s central vignette (Scott C3a).

The stamp in this auction comes from position 11 of the only sheet of 100 errors ever discovered. As the far left stamp in the second horizontal row on the sheet, it once had margin selvage attached to its left edge, but that was removed at some point before the stamp went to auction in 1947.

The stamp is described as fine appearing with deep rich colors and original gum, with “some slight natural wrinkling” and a “small thin spot at bottom right.”

Several other important U.S. inverts are also offered in this sale, including a sound used example of the 1860 15¢ brown and blue type II with center inverted (Scott 119b), two examples each of the 1¢ and 4¢ stamps with the center inverted from the 1901 Pan-American issue, three different revenue inverts from the 1871 second issue, and the 1872 $1 green and black third issue revenue invert (R144a).

Although it may be a lesser-known 20th-century American rarity, the 1908 2¢ carmine George Washington type I coil perforated gauge 12 horizontally (Scott 321) is much harder to obtain than the famous Jenny Invert. Compared to 100 Jenny Inverts known (and even considering that the whereabouts of a few of those are uncertain), the 2¢ coil is known in only five unused pairs (including one untouchable pair in the famed Miller collection of the New York Public Library), and two used singles on cover.

One of those covers, postmarked Indianapolis on Dec. 20, 1908, is offered in the Siegel sale.

This special delivery cover is further franked by a vertical pair of the imperforate 1908 5¢ blue Lincoln (Scott 315).

The 2¢ coil and the 5¢ pair originated on the cover, but the 5¢ pair was later removed and remained separated from the otherwise intact cover for decades. Familiar with the story of this cover and its missing stamp pair, the current owner purchased the 5¢ pair at auction in 2007 and then obtained the cover franked with the 2¢ stamp in 2019. The collector’s goal, to restore the original franking, was achieved.

It is worth adding that the 5¢ blue pair on cover is separately valued by Scott at $70,000.

A selection of Hawaii postal history in the upcoming auction includes what Siegel describes as “the only sound 5¢ Hawaiian Missionary stamp on cover.”

The stamp (Hawaii Scott 2) is identified as Crocker type I, the left-hand position in the setting of two. Franking an 1853 cover mailed from Honolulu to Lancaster, Pa., the stamp is struck with a black segmented grid cancel tying it to the cover. Postmarks include a bold red Honolulu dated Oct. 20, a black Nov. 10 San Francisco circular datestamp, and black “SHIP” and “12” handstamps. The “12” signifies a 10¢ U.S. collect rate plus 2¢ ship captain’s fee, according to Siegel.

The cover was recently part of the William Gross collection, but its provenance also includes ownership by David Golden and Adm. Frederic R. Harris.

It is accompanied by 1994 and 2016 Philatelic Foundation certificates. The Scott Specialized Catalogue of United States Stamps and Covers lists the stamp on cover with a value of $90,000; Siegel suggests an estimate of $75,000 to $100,000.

The offerings from other lands are also impressive and include one of China’s famous “four treasures of the republic.”

The unused 1915 $2 blue and black Hall of Classics stamp with center inverted (Scott 237a) has a large part of its original gum with a hinge remnant.

It comes from one of two known sheets of 50 invert stamps, making the issued quantity on par with the Jenny Invert. But only a small fraction of the Chinese invert stamps survive today, Siegel states, citing estimates of about 30 to 40.

Near the end of the second session, Siegel will auction what it calls one of the greatest classic covers of Switzerland. Mailed in 1843, it is franked with what is described as the “inverted Double Geneva.” The term refers to the canton of Geneva’s unusual first issue, the 1843 10-centime black on yellow green Coat of Arms comprised of two 5c stamps side-by-side with a text banner across the top (Scott 2L1).

The invert aspect is the intended right half of the stamp pair in the left position and the left half in the right position, a variety which on cover carries a Scott catalog value of $100,000.

Siegel estimates that that this cover could go higher, noting that it is “likely not only the finest example of the ‘inverted Double Geneva’ in existence, but also the finest cover bearing this world class rarity.”

The Rarities of the World sale celebrates the 90th year of the firm founded by Robert A. Siegel, a “double sapphire” anniversary in the words of Siegel president Scott R. Trepel.

The live auction will be held without public attendance as New York City and the world continue to contend with the coronavirus COVID-19 outbreak. Live bidding can be conducted by telephone or internet.

All lots can be viewed on the Siegel website, and additional information is available from Robert A. Siegel Auction Galleries, 6 W. 48th St., Ninth Floor, New York, NY 10036.