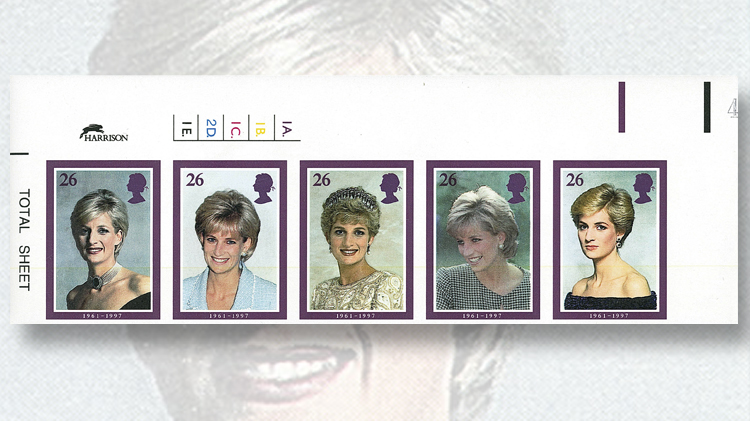 A strip of five of Great Britain’s 1998 26-penny Princess Diana memorial set as an imperforate error will be offered at the upcoming Siegel auction. Only six error strips are recorded, according to the auction house, and this top-margin example is the uni 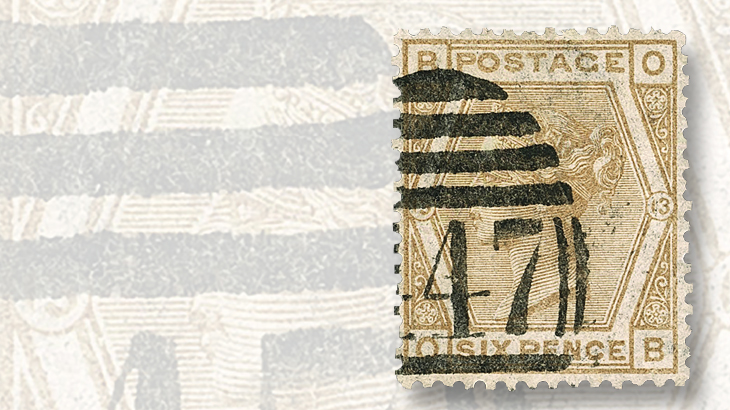 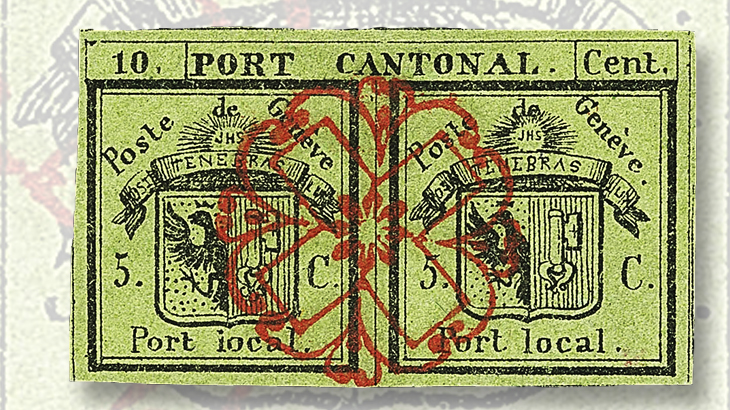