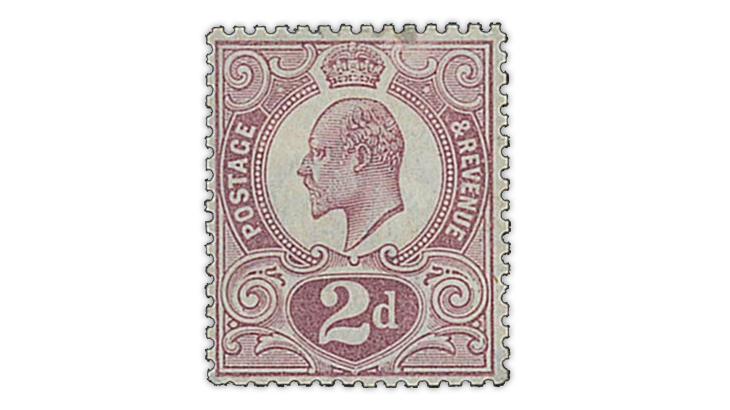 This example of the 2-penny Tyrian Plum, an unissued King Edward VII stamp from 1910, will be offered in an upcoming Spink London auction.

A color trial in red-purple of the rare unissued British stamp known as the Tyrian Plum will be offered for bidding in the June 2-3 auctions by Spink London.

The 2-penny King Edward VII stamp in reddish purple was prepared for use in 1910 but never issued.

For the color trial, the Stanley Gibbons catalogs assign a value of £25,000 (a little more than $35,400 in mid-May). Spink notes that “only a handful exist in private hands.”

On June 2, Spink London will conduct its auction of Great Britain stamps and postal history (including the Beechwood collection). Offered on June 3 is the Cottonwood collection of Rhodesia’s 1910-13 Double Head issue.