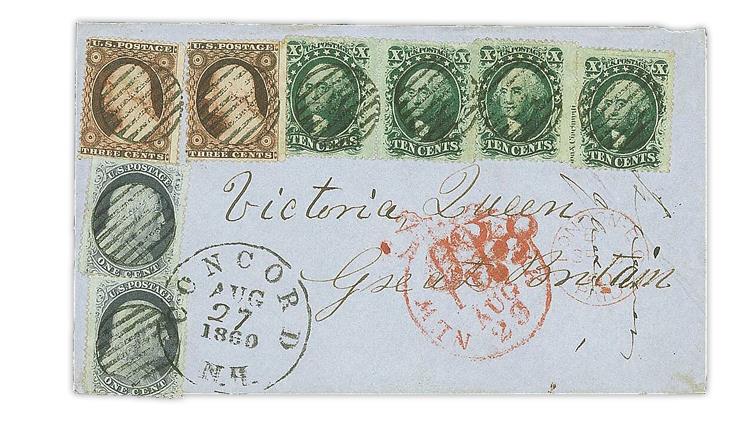 Spink London’s Jan. 20-21 sale includes this 1860 cover sent from the United States to Queen Victoria. The cover was part of the Ryohei Ishikawa collection that was sold in 1993. 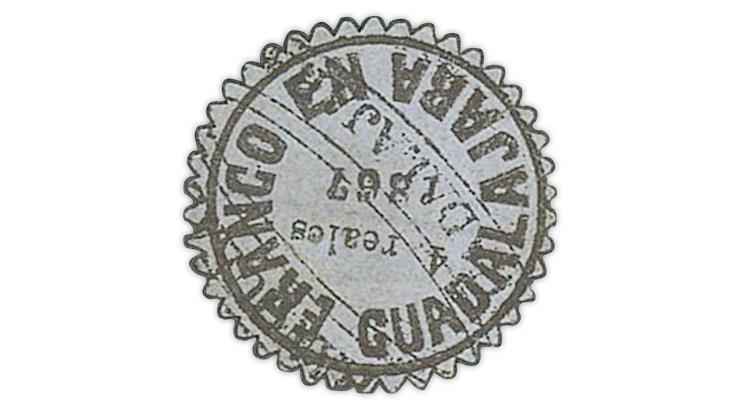 Among the items in Spink’s Jan. 21 specialized sale of Guadalajara, Mexico, provisionals is this 4-real stamp from 1867.
Previous
Next

Spink will conduct three auctions Jan. 20-21 in London that present collectors with opportunities to acquire interesting Great Britain and British Empire items, as well as specialized items from a Guadalajara collection.

On Wednesday, Jan. 20, the 14th part of the Lionheart collection of Great Britain and British Empire, consisting of 316 lots, will cross the Spink auction block.

British Guiana Scott 14 used is valued at $25,000 in the 2021 Scott Classic Specialized Catalogue of Stamps and Covers 1840-1940, with the figure appearing in italics to indicate an item that can be difficult to value accurately.

A standout item in the Thursday, Jan. 21 sale of the “Stamps & Covers of Great Britain, including the Windsor Collection,” which contains 530 separate lots, is an 1860 cover from the United States to Great Britain that is addressed to Queen Victoria.

The cover was sent Aug. 27, 1860, from Concord, N.H., and addressed to “Victoria, Queen, Great Britain.” Spink describes the cover as “a beautiful three colour franking and a highly desirable item of both historic and philatelic importance.” The cover is franked with eight stamps of the U.S. 1857-61 issue.

Spink states the following about the cover: “During 1860 Queen Victoria was represented by Albert Edward, the Prince of Wales in the undertaking of a royal tour of Canada. The Queen herself remained in the United Kingdom to attend to domestic affairs, this being a long voyage. The Prince’s tour would set the tone and format for all royal visits to come. This extraordinary cover addressed to Queen Victoria harkens back to this important royal visit. It is possible that the contents, no longer present, reported details of the Prince of Wales’ progress to the Queen.”