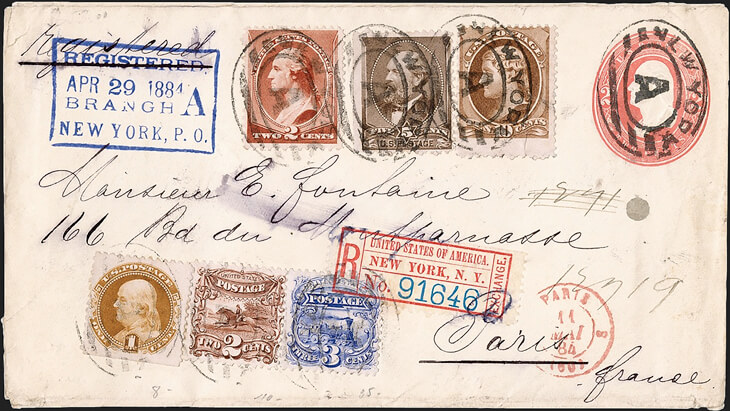 The Robert Van Buren Emmons collection of United States and Hawaii, sold by Spink in New York Jan. 24, included this unique 1881 registered cover franked with a rare 1875 reissue of the 3¢ Pictorial. One of the keys to a top medal-winning exhibit of the 1 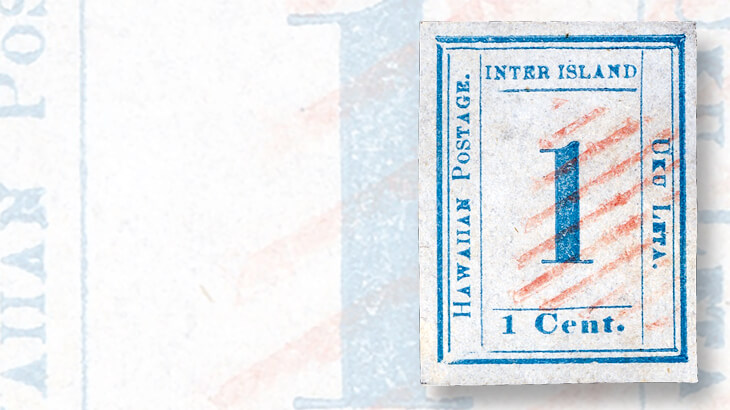