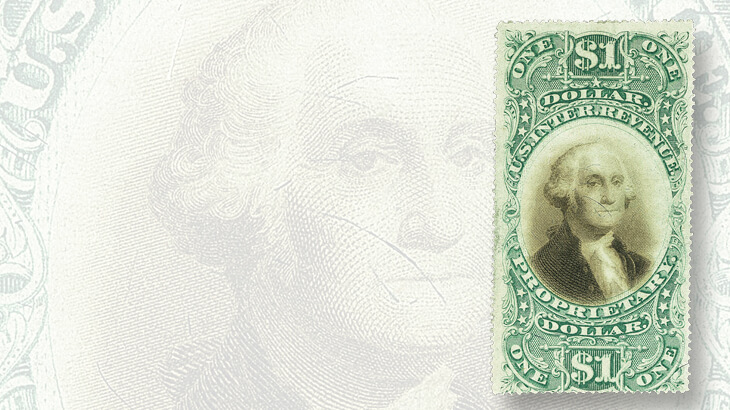 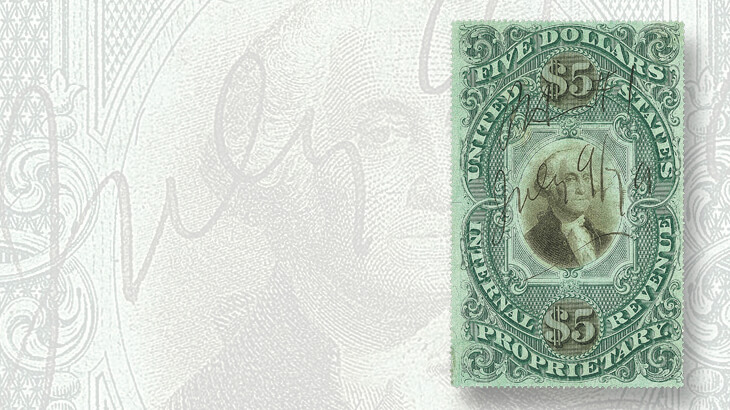 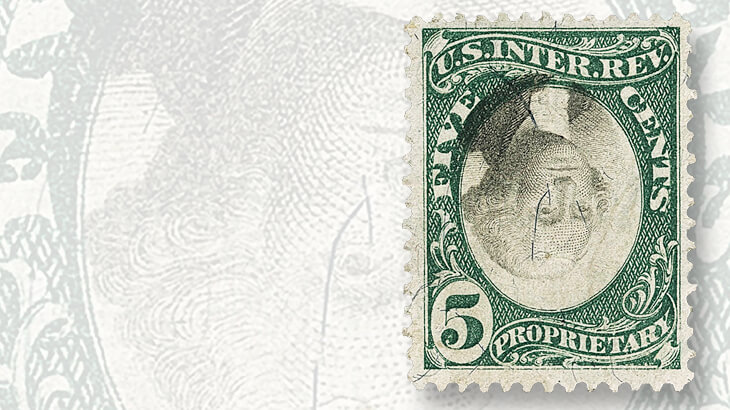 With a provenance stretching back to Hiram Deats (1870-1963), the doyen of American revenue stamp collecting, this 5¢ proprietary invert was described by Siegel in its Feb. 28 sale as the “key to any complete revenue collection or collection of inverts.” 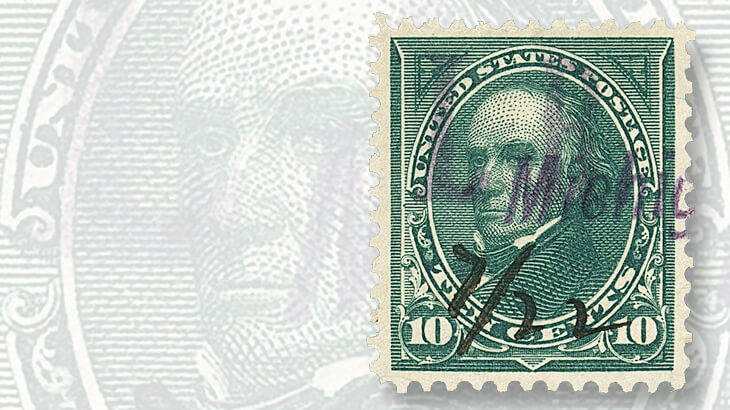 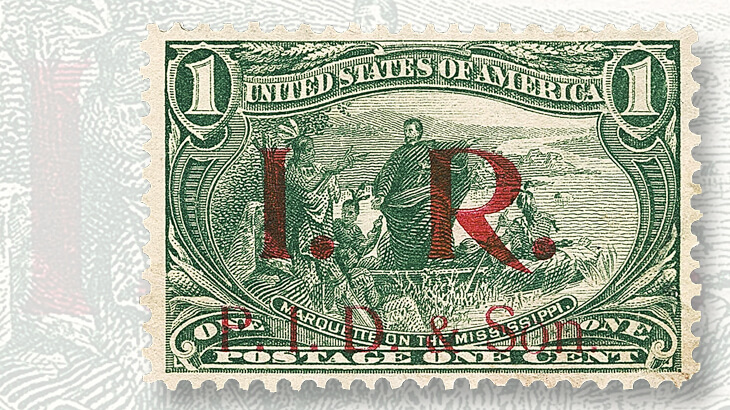