Bane or boon: semipostal stamps and you 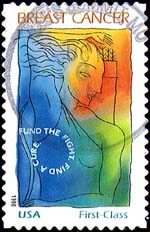 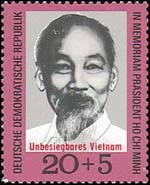 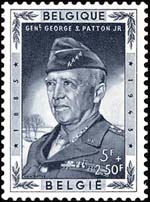 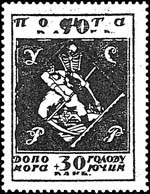 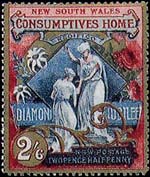 Figure 1. Printed in rose, blue and gold, this is the 2½-penny+2/6 Allegory of Charity stamp of New South Wales, Scott B1. The surtax was for a fund for a consumptives' home.
Previous
Next

What do you get when you cross a charity label with a postage stamp? You get a semipostal stamp.

L.N. Williams in Fundamentals of Philately says of semipostals, ". . . the charge in excess of postage is devoted to a named charity or relief."

Also called charity stamps, semipostals usually are recognizable by the presence of two (often different) values joined by a "+" sign or an overprint that includes a "+" sign.

Semipostals differ from postal tax stamps in that their use is entirely optional. If you don't like them, you don't have to buy them. Postal tax stamps are obligatory. If you want to mail something during the period that they are in use, you must buy and use the postal tax stamp in addition to the required postage.

Love them or hate them (and the U.S. collectors who hate them seem to be the most vocal), semipostals have been part of the hobby since 1897.

Note that the catalog numbers for semipostal stamps in the Scott Standard Postage Stamp Catalogue are prefixed by the letter "B." They follow immediately after regular postage stamps, and they precede airmail stamps.

If you hate semipostals, blame it on the Australians. The world's first semipostal stamp was issued by New South Wales in June 1897. The 1-penny+1/- green and brown and the 2½p+2/6 rose, blue and gold Allegory of Charity stamps, New South Wales Scott B1-2, were issued to benefit a fund for a home for consumptives. The 2½p+2/6 stamp is shown in Figure 1.

Consumption was the 19th-century name for tuberculosis. Many of the world's semipostal and postal tax stamps were issued for the benefit of the fight against tuberculosis. The money donated to charity from the sale of each New South Wales stamp was a whopping 1,200 percent of the postage value of the stamps, probably an all-time high as a ratio of charity surtax to postal value. Suffice it to say, non-stamp collectors who bought these stamps were much more interested in the charity than in the postage.

Not to be outdone by the folks at Sydney, the Australian state of Victoria issued its own semipostals beginning in October 1897. The 1p+(11p) Queen Victoria and the 2½p+(2/3½) Queen Victoria and Figure of Charity semipostal stamps, Victoria Scott B1-2, did not indicate the charity surtax amount on the face of the stamps, but they sold for 1/- and 2/6, respectively. They were a bargain in comparison to the consumptives home stamps of New South Wales, because they were sold at only 1,100 percent of face value.

A later Victoria set, with funds raised going to a patriotic fund in support of the Boer War, was issued in 1900, again, selling for 1,100 percent of face value. After inventing the semipostal field, the Australians, resting on their laurels, have been content not to issue any more since.

Early semipostals often sported striking and unusual designs at a time when regular postage stamps were dominated by dead presidents and living royalty. The 1923 Ukrainian 90-kopiyok+30k Death Stalking Peasant semipostal stamp for famine relief, Scott B3, in dark blue and black, shown in Figure 2, is a must for collectors of the Grim Reaper topic.

Belgium, one of the world's most prolific issuers of semipostals, came early to the fray, issuing its first semipostal stamps in 1910 for the benefit of an anti-tuberculosis campaign. Many of Belgium's nearly 1,200 subsequent semipostal stamps were for the same charitable purpose. Belgium was also among the first to regularly state the value of the surtax on the stamp, with overprints in 1918 and by incorporating the value in the stamp design in 1920.

In 1957, Belgium issued a set of five semipostal stamps commemorating the World War II Battle of the Bulge, which took place in and around Bastogne. The surtax from this set went to the Gen. Patton Memorial Committee and Patriotic Societies. The 5-franc +2.50fr Gen. George S. Patton semipostal from the set, Scott B609, is shown in Figure 3.

Belgium's neighbor the Netherlands has been active in semipostal stamps, issuing more than 700 since 1906. Switzerland launched its maiden semipostal in 1913. Like the majority of subsequent Swiss semipostal stamps, the nonpostal funds from this Pro Juventute 5-centime Helvetia and Matterhorn stamp went to youth charities. The other major category of Swiss semipostals is Pro Patria, the surtax revenue from which goes to the National Defense Fund.

Like the Victorian semipostals, Swiss stamps did not state the charity value on the face of the stamp until 1936. Swiss semipostals were also a bargain compared to Australian States semipostals, selling at a premium of only 2 centimes for 3c stamps, 5c for 5c to 20c stamps, and 10c for 30c to 40c stamps through 1935. Since 1913, Switzerland has issued about 700 semipostal stamps and souvenir sheets.

Yet another type of semipostal stamp is the occupation semipostal. In April 1941, Yugoslavia broke ranks with the rest of the unoccupied Balkans and renounced its alliance with Nazi Germany. Hitler unleashed the wrath of the Third Reich on the hapless Kingdom, conquering it in a matter of weeks. One of the puppet regimes carved from Yugoslavia was Serbia, ostensibly under the leadership of Gen. Milan Nedich, but directly controlled by the German military.

The Germans issued a total of 37 occupation semipostal stamps and souvenir sheets for the captive Serbs. The Anti-Masonic set of Jan. 1, 1942, was the most blatantly propagandistic. The 1-dinar+1d Anti-Masonic Symbols semipostal, Serbia Scott 2NB16, is shown in Figure 5. The surtax was used for anti-Masonic propaganda.

Including all the various governments that have held sway there, Germany must hold the record, at more than 1,400, for the most semipostal stamps issued by any country. Since 1919, Germany itself (the Weimar Republic, the Third Reich and the Federal Republic) has issued nearly 900 semipostal stamps and souvenir sheets.

The 20-pfennig+5pf Ho Chi Minh semipostal stamp of 1970, East Germany Scott B159, is shown in Figure 6. The surtax was for the benefit of North Vietnam.

Today's more prolific stamp-issuing entities, such as Gambia, Grenada, Mali, Guinea-Bissau and St. Vincent, generally avoid semipostal stamps. I suppose that the idea of sharing the stamp revenue with charitable organizations doesn't appeal to them. Countries that have mostly avoided semipostal stamps include China (with 10), Great Britain (5), Brazil (13), Saudi Arabia (0) and India (0).

The United States broke long-standing tradition by issuing its first semipostal stamp in July 1998, but it took an Act of Congress to do so. The multicolor Breast Cancer Research semipostal stamp, U.S. Scott B1, shown in Figure 7, is, perhaps, unique among semipostals in being nondenominated. The stamp, which sells for 40¢ at the post office, shows neither the postal value nor the charity surtax.

The stamp is also unique in that its postal value and its charity value have fluctuated since it was issued. Originally, the 40¢ paid for the nondenominated stamp included 32¢ of postage and 8¢ of charity surtax. When the 1-ounce first-class domestic letter rate went up to 33¢ on Jan. 10, 1999, the semipostal's value changed to 33¢ worth of postage and 7¢ of surtax. It changed again Jan. 7, 2001, to 34¢ postage and 6¢ charity value.

The U.S. Postal Service reports that 312.7 million of the Breast Cancer Research semipostal stamps have been sold as of July 2001, raising a net $21.5 million for government breast cancer research.

I would wager that a very small percentage of that amount came out of the pockets of stamp collectors. The issuance of this semipostal stamp evoked a great hue and cry from parts of the U.S. stamp-collecting community who decried it as an unfair tax on stamp collectors. It was not just the Breast Cancer Research semipostal stamp itself, but the idea that it might be the thin end of the wedge, that caused the alarm.

The alarm was not unfounded. Congress gave the USPS the authority to issue semipostal stamps in legislation signed by President Clinton on July 28, 2000.

The nation's second semipostal stamp may be issued in 2002, the Postal Service decided, followed by another semipostal stamp every two years until 2010. The public will recommend the subjects of the stamps and the causes they will serve.

I'm always happy to find semipostals in the mixtures I purchase. They add interest and variety to my collection. The great strength of the hobby of stamp collecting is that everyone gets to make their own rules about what they collect. No one can force you to collect semipostals, if you don't want to.