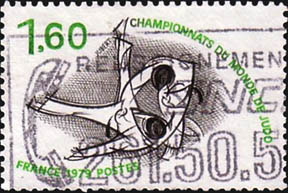 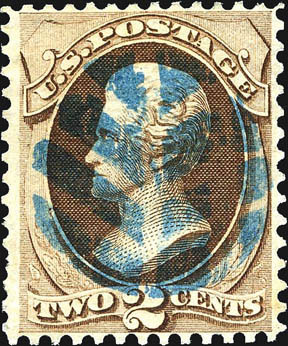 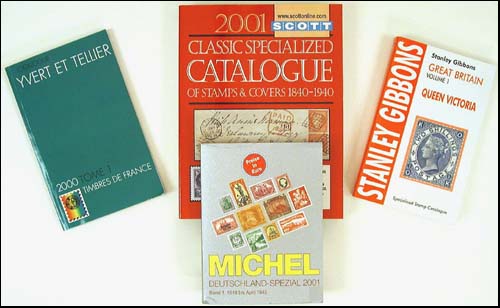 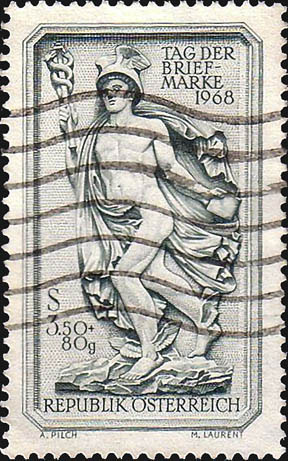 Catalogs for non-U.S. postage stamps break down into two broad categories: general and specialized. General catalogs are usually published as part of a set that attempts to cover the whole world. The Scott Publishing Co. is the only catalog publisher in the world that updates its entire set of worldwide catalogs every year.

Keeping abreast of pricing fluctuations and new issues for the entire world is a truly extraordinary task. The next time you are about to grumble that Scott doesn't list all the color varieties of Eastern Rumelia, stop and consider what it does list — it can be a little humbling.

The Scott Standard Postage Stamp Catalogue covers the world in six volumes. Countries are arranged alphabetically, with the exception of the United States and its possessions, which lead off the first volume.

Vol. 6 of the Scott Standard Postage Stamp Catalogue is shown in Figure 1. Other catalog publishers that cover the entire world are Stanley Gibbons of Great Britain, Michel of Germany and Yvert & Tellier of France.

For American collectors, the Gibbons catalogs have the advantage of being written in English. Gibbons publishes a three-volume Simplified Catalogue Stamps of the World annually. However, it does not list watermark, perforation, shade or paper varieties. Gibbons products can be viewed and ordered from the company Internet web site at www.stanleygibbons.com.

The regular Gibbons Stamp Catalogue comprises 22 parts. Part 1, the British Commonwealth, divided into two volumes, is updated annually. The rest of the world's countries are clustered regionally rather than being listed alphabetically. European countries take up parts 2 through 11, and the rest of the world is contained in parts 12 through 22, with the United States and possessions being in the final part. The Stamp Catalogue Part 9 Portugal & Spain is shown in Figure 1.

Some current catalog parts for sale at the Stanley Gibbons web site were published in 1994. Some parts appear not to have been updated since the 1980s. Gibbons is in the process of putting its entire stamp catalog online, located at www.allworldstamps.com. Catalog information can be accessed by purchasing a membership from Gibbons for $22 annually. In November 2001, most of the British Commonwealth is available online, with more countries to be added.

The Michel catalogs are an option, if you don't mind translating from the German. The Germany Philatelic Society publishes the German-English Philatelic Dictionarythat covers virtually all terms used in the catalogs. Translations for some parts exist and are for sale.

The rest of the world is contained in 10 volumes organized regionally. These catalogs are published on a five-year cycle. Vol. 5, Westafrika, is shown in Figure 1.

Parlez vous Francaise? Then Yvert et Tellier may be the catalogs for you. Vols. 1 and 2 comprise France, French areas and colonies. Western Europe is contained in Vol. 3 and Eastern Europe is in Vol. 4. The rest of the world is listed alphabetically in Vols. 5 through 7. Many of the volumes have more than one part. Volume 6, part 2, Timbres D'Outre-Mer (L-N) [Overseas] is shown in Figure 1. Volumes 1 and 2 are updated annually. The other volumes date from 1996 to 2000.

Krause-Minkus does not publish a worldwide catalog, but it does publish standard catalogs for Great Britain, Canada and the United Nations, Australia, Israel and Italy.

Most specialized catalogs are one-country or one-area affairs. However, the Scott Classic Specialized Catalogue of Stamps and Covers 1840-1940, shown in Figure 2, is worldwide in scope but limited in time.

As the number of stamp-issuing entities and the number of stamps they issue proliferate, many collectors choose to limit the scope of their collections to the first 100 years of postage stamps. In the Scott classic specialized, the United States and possessions lead off, but Australian States and prefederation British North American colonies are listed under their own names.

As might be expected, Stanley Gibbons, Michel and Yvert et Tellier lead the field in helping collectors assemble specialized collections for their respective countries.

The Gibbons Great Britain Specialized Stamp Catalogue is a five-volume affair divided by the reigns of the monarchs. Vol. 1, Queen Victoria is shown in Figure 2. The Michel Deutschland-Spezial catalog comes in two volumes, 1849 to April 1945 and May 1945 to the present. Vol. 1 is shown in Figure 2. Yvert et Tellier Timbres de France, Vol. 1, shown in Figure 2, has competition from the Ceres catalog, which is published in color.

Specialist collectors of Italy have several catalogs from which to choose. The Sassone catalog is published annually in color in two volumes. Vol. 1 is shown in Figure 3. Bolaffi covers the Italian area in three volumes with some color illustrations, while the Catalog Enciclopedico Italiano does it in five volumes, some in color. The Unificato catalog covers the entire Italian area in color in one volume.

Collectors of Israel will want the Bale Israel Catalogue, shown in Figure 3, which is published in English. It covers pre-independence local posts, the Republic of Israel, machine-vended stamps, revenue stamps, booklets and postal stationery. Collectors of Greece can choose between the Hermes and Vlastos catalogs, both in color with partial English translation. The Vlastos catalog is shown in Figure 3.

China is one of the most complex of all stamp areas, and it can be truly daunting without specialized catalogs. Ma's Illustrated Catalogue of the Stamps of China, shown in Figure 3, covers China up to 1948, regional overprints, and Manchoukuo. It is available in English.

The hardback and dust jacketed Catalog de Estampillas Postales de Mexico [Postage Stamps of Mexico], shown in Figure 4, was published in color by the Secretaria de Hacienda y Credito Publico. It is a must for collectors of Mexico.

The three-volume Catalog de Sellos do Brasil covers Brazil from the prestamp period beginning in 1798 to the present. Vol. 2 1890-1966 is shown in Figure 4.

Steven Tan's Standard Catalogue of Malaysia-Singapore-Brunei, shown in Figure 4, is of great benefit to all collectors of this area. It lists postage stamps, revenue stamps and postal stationery, with color illustrations of all stamps and most stationery.

For collectors of Scandinavia, the Facit catalog, shown in Figure 4, may be the best option. The Facit catalog covers Sweden, Norway, Denmark, Faeroe Islands, Danish West Indies, Iceland, Finland and Aland. Older stamps are valued mint, used and on cover, and early postmark types are illustrated.

For collectors of Switzerland, there is the Zumstein Spezialkatalog Schweiz in two hardback volumes. Vol. 1 is shown in Figure 4. Vol. 1 covers all regular postage stamps. Vol. 2 comprises back-of-the-book stamps such as airmails, semipostals and postage dues.

This survey simply scratches the surface of catalogs available to non-U.S. collectors. There is probably a specialized catalog for you, whether it was mentioned here or not. Contact your favorite literature or stamp collecting supplies dealer to see what is available.