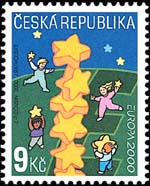 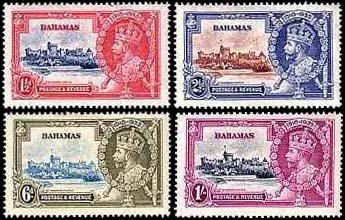 Figure 7. This four-stamp set from the Bahamas, Scott 92-95, is one of many British Commonwealth common-design stamps celebrating the Silver Jubilee of King George V. Click on image to enlarge. 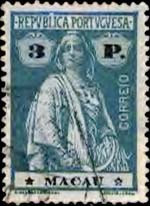 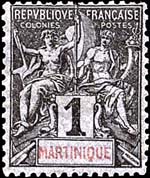 Figure 5. Many French colonies used the Navigation and Commerce design as shown on this 1-centime black-on-lilac stamp, Martinique Scott 33. 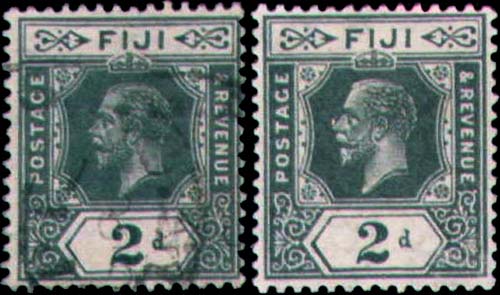 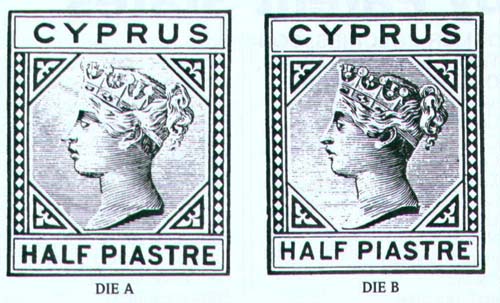 Figure 3. The length of the outline on the queen's throat differentiates die A from die B of the Victorian key plates. Die A has a shorter line, and die B has a longer line. Click on image to enlarge. 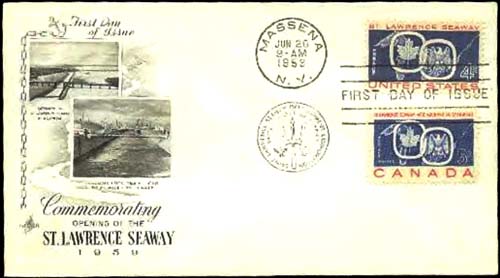 Figure 1. A joint first-day cover of the St. Lawrence Seaway stamps issued by the United States and Canada in 1959. Click on image to enlarge.
Previous
Next

Occasionally two or more postal administrations get together and issue stamps with identical or similar designs to commemorate a person or event of common interest.

These stamps, issued on the same day or within a few days, are called joint issues, and they are fun to collect.

The United States first ventured into the realm of joint issues in 1959 with the 4¢ St. Lawrence Seaway stamp, Scott 1131, issued to commemorate the opening of the seaway. Canada was the U.S. partner and issued a nearly identical stamp for the cooperative project. A joint first-day cover for both stamps is shown in Figure 1.

Interestingly, there is a spectacular error that occurred with the Canadian stamp: a rare and desirable invert that is sometimes cleverly but more often clumsily faked.

Having partnered with Canada for its first joint issue, the next year the U.S. Post Office Department collaborated with Mexico and issued the 4¢ Mexican Independence stamp, Scott 1157.

In the years since, the United States has collaborated with more than 20 different nations, some of them more than once, to issue common-design postage stamps.

But joint issues are not a modern concept. In fact, the British Empire key-plate stamps can be considered to be forerunners of the more recent joint issues.

"Key plate" is a stamp term that is applied to a wide range of postage stamps issued by some countries in the British Empire beginning in 1879.

The design of a stamp was a generic portrait of the reigning monarch. There was a blank tablet for the country name and another blank for the stamp's denomination.

The basic design could be printed in quantity and used indiscriminately for any of the participating British colonies. This was done later by printing the country's name and the proper denomination using printing plates created for that specific purpose, called "duty plates."

This method was very cost effective. Creating new designs and plates from which they could be printed was an expense many of the smaller nations within the British Empire simply could not afford. The key plates allowed even the smallest, most disadvantaged countries to have its own postage stamps and its own postal identity.

With more modern printing techniques and the desire to issue more topical and colorful stamps, the key plate concept fell out of favor. However, these interesting stamps make a great specialty for those who like to study fine details of stamp design.

The Scott postage stamp catalogs contain a visual primer on the chief characteristics of die varieties for both the Queen Victoria and the King George V key plate designs.

The Scott illustration for Queen Victoria die A and die B is shown in Figure 3.

The George V key plates are a bit more complicated. Scott notes two dies, die I and die II, but it breaks die I into subvarieties called die Ia and die Ib.

Once again, both dies have four differences noted by Scott, but really there is only one difference that collectors need to learn how to recognize. Once that is learned, telling the die varieties apart is simple.

The difference in the dies can be seen on the two Fijian 2d King George V definitive stamps shown in Figure 4. The die I stamp, Scott 82, is on the left and the die II stamp, Scott 98, is on the right.

Dies Ia and Ib have some characteristics of both die I and die II, but the base of the crown still falls below that inner line framing the vignette.

Learn that first, and then concentrate on the other differences. As in every aspect of stamp collecting, it is best to learn one step first and practice using that before being inundated by the next two or three steps.

British colonies were not the only nations that used the money-saving key plate system. French colonies had a similar system using a design of allegorical figures representing Navigation and Commerce. A 1-centime black-on-lilac-blue stamp of Martinique, Scott 33, which uses this common design, is shown in Figure 5.

Portuguese colonies had common design stamps showing King Carlos and, later, Ceres, the Roman goddess of agriculture from whom we get the word "cereal." A 3-pataca pale turquoise Ceres stamp, Macau Scott 237, is shown in Figure 6.

This one-size-fits-all design concept was a natural transition to the British Commonwealth omnibus issues that began with a handsome set issued for the Silver Jubilee of King George V in 1935. The four-stamp set of the Bahamas, Scott 92-95, is shown in Figure 7.

An omnibus is issued by several postal entities to note a common theme. The stamps can have the same design, but they do not have to.

A great many nations of the British Commonwealth issued the George V bicolor stamps. Except for their denominations and country names, they are identical. A few Commonwealth countries, such as Australia, issued stamps with different designs.

Some collectors specialize in just this common design issue and study the stamps intensively to discover some extremely interesting varieties.

These varieties primarily involve the tops of buildings that have added lines that look like flagpoles. Some stamps have doubled flagpoles on the top of Windsor Castle. It is worth looking at the stamps in your collection to see if you can find something unusual.

Many more such omnibus issues followed, at first noting royal anniversaries, weddings, and coronations. Later, stamps honoring such notables as Winston Churchill and William Shakespeare were added to those subjects commemorated by omnibus issues.

In 1956, six European nations issued a stamp with a common Europa design. The Europa theme has been ongoing, with an ever-increasing number of countries participating by issuing a common design or unique designs focusing on a common theme.

The Europa concept represents Europe united in an economic, social and political sense. Over the years, many other countries have joined the European Union, and many that are not formally part of the European Union have issued Europa stamps.

The Europa Study Unit is dedicated to the collection and study of Europa stamps. It publishes Europa News six times a year. Membership in the unit is $10 annually. Write to Hank Klos, Box 611, Bensenville, IL 60106-0611.

For those with an interest in collecting stamps with common designs, the Scott catalog makes the entire process much easier. Within the introductory pages of each volume is a pictorial listing called "Common Design Types."

Here you will find illustrated the common designs of Portugal and colonies, the French Community, the British Commonwealth and Europa.

All stamps that have the common design are listed by Scott catalog number.

Use this listing as a checklist, and you are off on a new specialty bound to bring you enjoyment.