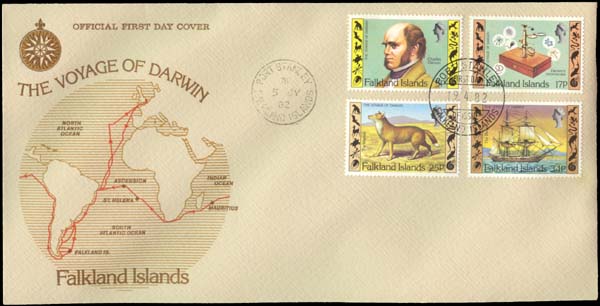 Figure 4. Argentina occupied the Falkland Islands on April 19, 1982, the supposed issue date of the four stamps on this first-day cover. The July 5 marking to the left of the stamps indicates return of the Falklands to British control. Click on image to enlarge. 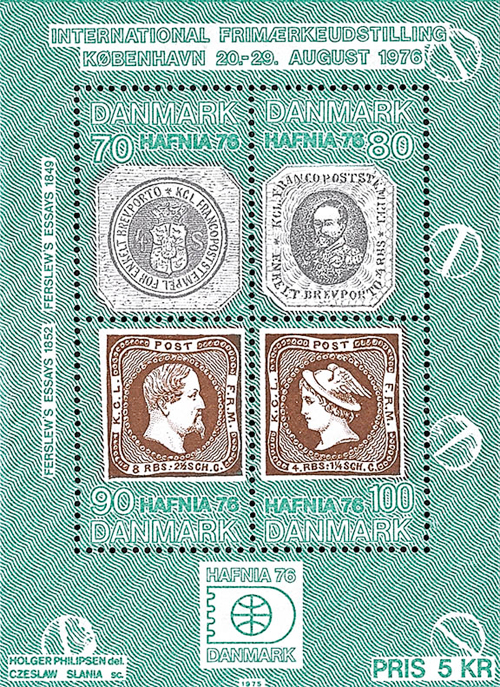 Figure 3. The 1993 Finnish stamp at left is a CTO from the official postal authority. At right is a postally used stamp of Finland. Click on image to enlarge. 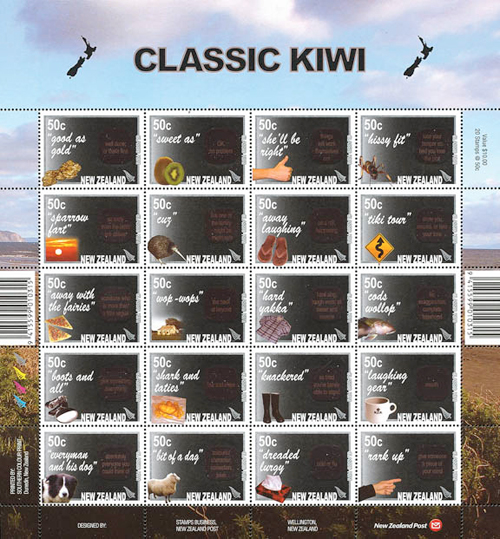 Figure 2. Both of these Cocos stamps have nice cancels. Gum on the back of the one at left proves its CTO status. Click on image to enlarge. 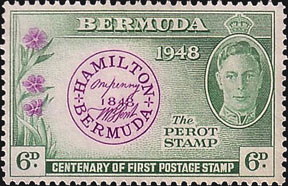 Figure 1. Two machine-printed CTO cancels, on the right half of a 1974 souvenir sheet issued by Equatorial Guinea. Click on image to enlarge.
Previous
Next

Collectors frequently grumble about the difficulty of collecting canceled modern United States stamps. Collectors of used U.S. stamps say that too little mail even bears postage stamps and many of those stamps receive cancellations that obliterate the designs.

The quest for used stamps with tidy cancellations is not new. Letters and advertisements referring to "nicely canceled stamps" can be found in the earliest stamp publications.

Given this longstanding preference, some may wonder about the negative reputation attached to the neatly canceled postage stamps known as CTOs (initials standing for "canceled-to-order"). Despite their cleanly canceled appearance, which one might presume a collector of used stamps would love, to most collectors, CTOs are taboo.

CTO stamps differ from postally used stamps in that they have not done postal duty by carrying mail. Most have not even been placed on an envelope, and they still bear their full, original gum (adhesive) on the back.

The contradiction in collectors wanting nicely canceled stamps but not wanting CTO stamps relates to factors as basic as the definition of a postage stamp. Also, collectors in different countries have different perceptions of the hobby.

CTOs have been around for many years. One source traced the first CTOs to the 1883 stamps of Labuan and North Borneo, and remembered his joy at adding them to his childhood collection. The flood of CTO stamps that led to their sorry reputation in the United States came about after World War I.

Large quantities of current stamps or remainders of previous issues were canceled by the postal agencies of various countries and were sold cheaply to the packet trade. The cancellations on these CTOs were neatly done, often on full sheets of stamps. Sometimes the cancels were done by hand, but they often were applied by machine, or even by printing press. Many CTOs of that period were large and colorful topical stamps, easily found to this day in bulk lots, stamp packets and accumulations.

Neat, identical cancellations on singles or multiples usually indicate that the stamps are CTOs. Figure 1 shows an example of machine-printed CTO cancelations on the right half of a 1974 souvenir sheetlet from Equatorial Guinea.

The Millennium edition of Linn's World Stamp Almanac states: "Stamps are 'canceled to order,' usually in full sheets, by many governments. The cancels may be printed on the stamps at the same time that the stamp design is printed. A stamp with a cancel and with full gum is likely a CTO stamp, as CTOs do not see actual postal use. CTO stamps are sold to stamp dealers at large discounts from face value. Most catalogs say whether they price CTO stamps or genuinely used stamps."

While the "full sheets" and "sold to dealers" were certainly true of the days when the old Soviet Union and other countries were turning CTO stamps into cash flow, this view does not fully reflect modern times.

Disdain for CTO stamps is an attitude held mostly by collectors in the United States and Great Britain, many of whom probably enjoyed CTOs in their early stamp-packet buying days. Conversely, collectors in other parts of the world seem to have few qualms about collecting CTOs. Indeed, many actually prefer them. There are cultural and aesthetic differences at work here.

American collectors often seem to want to follow the rules. I have seen and heard this attitude in many years of working with both beginners and those of many years' experience. They want to be told the right way to collect, to know which stamps they should collect and to be given other specific guidelines for correct pursuit of the hobby.

For many, correctness includes the stamps having fulfilled their purpose by receiving cancellations as a result of actually carrying mail. This school of thought says that a stamp that has not been used on mail is not a genuine postage stamp: it is just a label resembling a stamp. This point of view sees little or no legitimacy in knowing that a recognized postal authority prepared and issued these bits of paper and calls them postage stamps.

For some collectors, bits of paper only truly achieve stamp status by being applied to a piece of mail, receiving a cancellation and entering the mailstream. The process must be a natural one, unenhanced by any special intervention on the part of the post office.

Those who hold this belief and try to collect postally used U.S. stamps have suffered greatly in recent years, as the paper bits working their way to legitimacy in the mailstream often receive heavy cancels, multiple cancels, pen cancels or no cancellation, among other indignities.

All too often, a genuinely used U.S. stamp looks as if it has done battle. Several types of current U.S. cancellations badly deface the stamp image.

Many definitions of CTOs make a point of mentioning clean, precise cancels as being among the identifying marks of a CTO. But, irony of ironies, many CTO collectors outside the United States live in countries with postal policies of making an effort to cancel stamps cleanly and precisely as a general rule.

These nations do not have even a small percentage of the volume of mail that the United States does, but it's as much an attitude as a response to mail traffic. These postal services seem not to believe that the design must be virtually eradicated by the cancellation in order to prevent reuse of the stamp.

Figure 2 displays a pair of stamps from Cocos (Keeling) Islands. Either neat corner cancel would please most collectors of used stamps, but the stamp on the left is a CTO (with original gum) and that on the right is a postally used stamp soaked from a cover.

Despite the availability of attractive cancels on postally used stamps in their everyday mail, many international collectors still prefer CTOs. For them this choice ensures consistently high-quality collectible stamps with a token nod to postal validity through a tidy cancel.

From this perspective, even a nicely canceled stamp soaked off a mailpiece is not as desirable as a CTO with pristine, unwrinkled paper and original gum.

Actual postal use is irrelevant to these collectors, and the CTO is not a negative. Indeed, exceptionally attractive used stamps in Asian or European auctions are sometimes described as "almost CTO!"

Today, CTOs are available as individual stamps from a multitude of agents serving various countries. The Swiss and Swedish postal administrations, often cited admiringly in stamp circles because of their high-quality stamp design, printing and modest output, offer single stamps and year sets either mint or CTO. The United Nations postal administrations in Geneva and Vienna, though not in New York, offer CTOs as an option to subscribers, nicely reflecting the difference between U.S. and European attitudes.

A random check of Linn's web site under postal administrations reveals that every entity under the letter F lists CTOs among available philatelic products.

The Finnish stamps shown in Figure 3 display clean cancels, but the stamp on the right was soaked from a cover and that on the left is a CTO courtesy of Finland Post. Singapore and South Africa, Portugal and Palestine Authority, Nevis and Norway, Guernsey and Guatemala: it's a very long list of countries that ask if you want those new issues mint or CTO.

Such widespread availability of CTOs argues their popularity as well as the presumption of resale value. Many collectors evidently find CTO stamps attractive and believe that there is a reasonable secondary market for them.

Linn's recently opined in the Dec. 31, 2001, Collectors' Forum, in response to a reader's inquiry about CTOs, "Canceled-to-order stamps are worth less than the same stamps in either mint or postally used condition."

The response further quoted the section of the introduction to the Scott Standard Postage Stamp Catalogue titled "Remainders and Canceled to Order," as follows: "In cases where the CTO material is far more prevalent in the marketplace than postally used examples, the catalog value relates to the CTO examples with postally used examples noted as premium items."

As the major stamp catalog publisher in the United States, Scott both reflects and directs the domestic marketplace. Different catalogs and different markets set the standards elsewhere in the world.

At this time in the United States, CTO stamps are considered to be less desirable. That aura sometimes extends to other hobby items such as first-day covers. In the early days of U.S. FDC collecting, postal rules required actual mailing to obtain a first-day cancel. Covers had to be addressed and the cancel applied at the first-day site. The item was then returned through the mail.

With the passage of time collectors were able to send unaddressed envelopes to an address for 30 days after the actual first day, get a cancelation that said "first day" and have the cover returned to them in another envelope.

FDCs are viewed by some collectors as members of the CTO family, with little if any legitimacy in regard to the cancellation or postal duty. The Falkland Islands FDC shown in Figure 4 is proof that FDCs and their cancels often have little to do with the actual day that the stamp in question was issued.

The Port Stanley, April 19, 1982, postmark commemorates the time and place that the stamps (Scott 344-47) were supposedly issued, but the reality is that the Argentine army was occupying Port Stanley on that date during the Falklands War. The July 5 marking to the left of the stamps reflects the resumption of British control of the Falklands.

The Crown Agents Stamp Bureau, a philatelic agent located in Great Britain that handles philatelic sales for numerous countries, calls CTOs "a halfway stage between mint and used." Whatever the definition, CTOs over the years have given pleasure to many collectors, young and older. Time will tell if CTO stamps emerge as survivors for the basis of future collections.