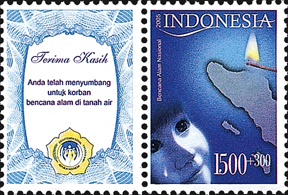 Figure 7. Indonesian semipostal stamp (Scott B243) issued to raise money for the victims of the 2004 tsunami. 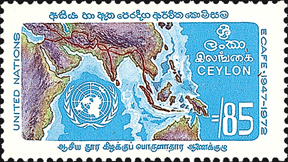 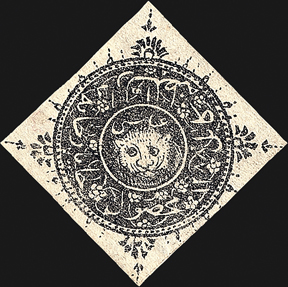 Figure 5. One of Afghanistan's diamond-shaped Tiger postage stamps from 1871 (Scott 7). 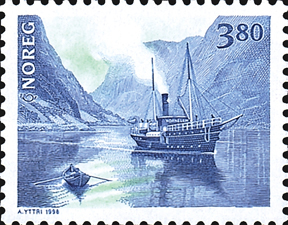 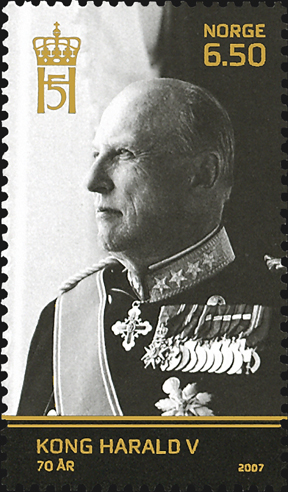 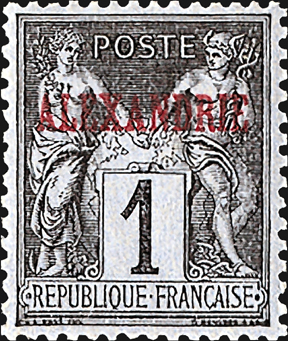 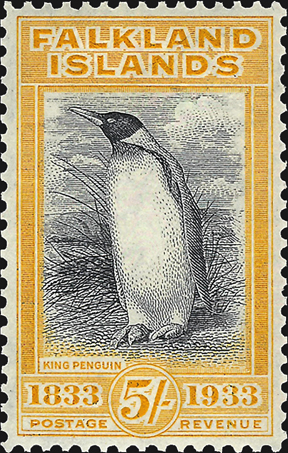 Stamp collectors have a distinct advantage when questions of geography arise. I remember receiving a phone call from my father in 1982 asking me where the Falkland Islands were located. Great Britain and Argentina had just gone to war over ownership of the islands, and that war was making the news.

My father knew I would know where the Falkland Islands were because I collected stamps.

According to him, I knew where everything was because I collected stamps.

When I think of the Falkland Islands, my thoughts go directly to that fabulous 1933 5-shilling yellow and black King Penguin stamp (Scott 74), in Figure 1, that still eludes me.

There is some truth to what my father said about stamp collectors knowing the countries of the world, especially for those who collect globally. Putting stamps into worldwide stamp albums is an education in geography.

Alexandrie is what we call Alexandria, Egypt's important and ancient port city on the Mediterranean Sea. Beginning in 1830, France had a post office in Alexandria.

This begs the question, "Why?"

The answer traces back to the desire to protect trade rights the French had established with Egypt. There was also a French post office in Port Said, and overprinted French stamps for Port Said as well.

A worldwide stamp collector may not know everything about all the countries that issue stamps, but it is amazing how much knowledge that collector will acquire, such as, the Norwegian name for Norway is Noreg or, on earlier stamps, Norge.

A stamp collector will know that Norway has had a variety of currencies: skilling, ore, kroner. The simple joy of mounting Norwegian stamps into an album will tell much about this Scandinavian country.

Norway is mountainous, snowy and has a seafaring tradition. Figure 4 shows a stamp issued in 1998 illustrating coastal fishing (Scott 1189).

Did you learn this much about Norway when you were studying geography in grade school? Here is a sad fact. Most school districts no longer teach geography.

In 2006, the National Geographic Society conducted a global geographic literacy survey that disclosed the unsurprising fact that a huge percentage of young American adults are geographically illiterate. The survey ranked the United States second to last in geographic awareness, just ahead of Mexico.

In 2006, when the survey was made, the United States was at war in Iraq and Afghanistan. Only 17 percent of the Americans surveyed could locate Afghanistan or Iraq on a map.

Wouldn't it be interesting if National Geographic would survey stamp collectors about their geographic acumen?

Those of us who collect have a huge album in our heads filled with the images of stamps from all over the world and accompanied by factoids picked up while researching their history and mounting them on pages.

Maybe they are our favorite stamps, or maybe they just seem to reflect the country very well.

For me, Afghanistan is represented by a diamond-shaped stamp issued in 1871 (Scott 7), shown in Figure 5.

In the center of the stamp is an animal identified as a tiger, but it looks more like my sweet cat Bandit.

How many of today's youth know that Ceylon is now Sri Lanka and that it is an island off the southeast coast of India?

Stamp collectors know that, and also know that the change occurred just after the last stamp inscribed "Ceylon" was issued in 1972. Figure 6 shows a map of the Asian Highway (Scott 469).

When an earthquake happens in Japan or a tsunami wipes out villages in Indonesia, the television news shows the devastation and faces of people far away.

Stamps do that, too, but saved in albums these are not just passing images that are quickly forgotten.

Figure 7 illustrates a semipostal stamp Indonesia issued in 2005 (Scott B243) to raise money for the victims of the 2004 tsunami. The child's tear and haunted eyes tell the story.

Do most people understand where these places in the news are and how the people there live their lives?

Stamp collectors know these things because we see the maps on the stamps.

We see the currency reflected on the stamps. We see people doing their jobs, growing their crops, building great buildings, all of these things are on the stamps.

And that is why we collect them and why, even in today's world of electronic communication, stamps are important.

Give a child in your life the gift of geographic literacy by giving him or her a packet of stamps and a world map. Turn the map into an album, and see what both of you can learn together.