Here's what you should know about catalog values 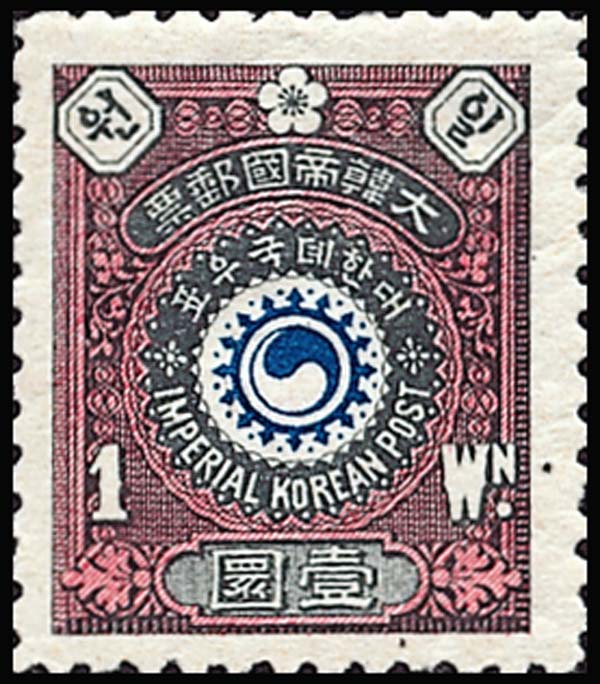 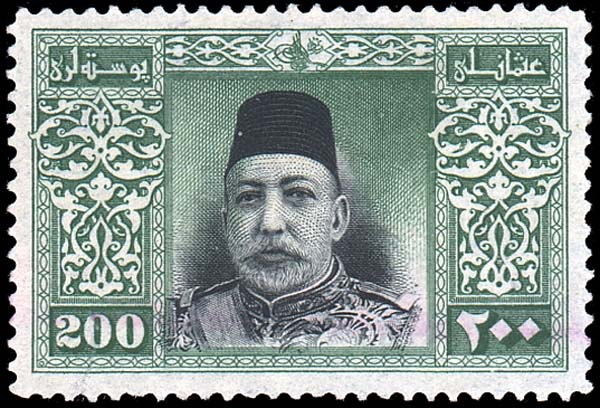 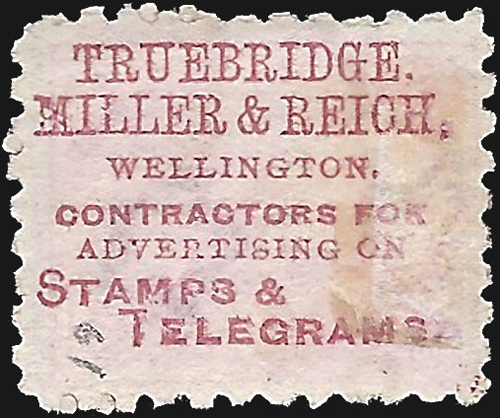 Figure 2. The Scott catalog value for this £1 King Edward VII stamp, Great Britain Scott 142, dropped from $2,000 to $1,000 when the Scott catalogs went from reference values to retail values. 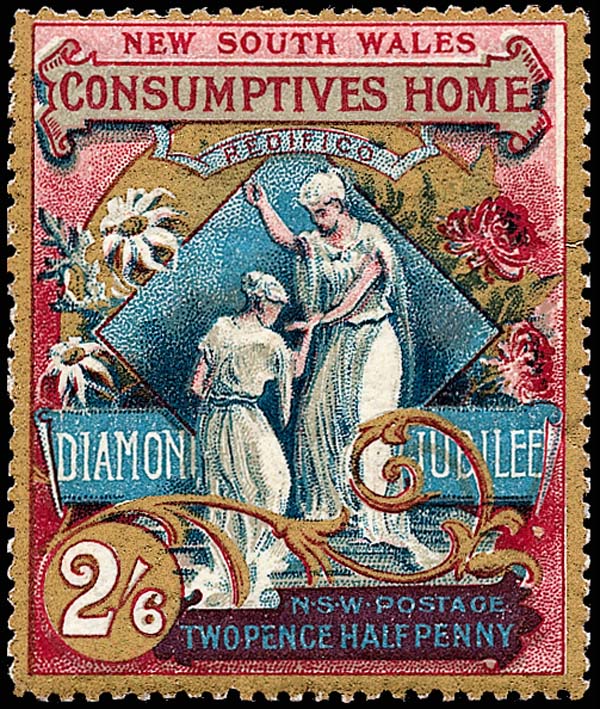 Figure 1. In a retail transaction, you should expect to pay $200 for this very fine 2/6 Allegory of Charity semipostal stamp, New South Wales Scott B2.
Previous
Next

One of the primary functions of a stamp catalog is to value stamps. That sounds pretty simple and straightforward, but it really isn't.

Before embarking upon a transaction based on catalog value, you should make sure which kind of valuing system the catalog in question uses.

Stamp catalogs that use retail values, such as various Scott catalogs, are actually in the minority in the world of stamp collecting. For example, most European catalogs are based on a reference value system.

Scott catalog values are based on actual retail transactions and represent what you can reasonably expect to pay in the retail market for an undamaged stamp in a very fine grade. For example, the 2/6 Allegory of Charity semipostal stamp, New South Wales Scott B2, shown in Figure 1, has a Scott catalog value of $200 for unused, hinged and in the VF grade (centering).

Although the stamp sold for 2/6, it had a postage value of only 2½d.

What should you expect to pay for it if you buy it from a retail stamp dealer in this condition and grade? You should expect to pay $200.

If you own this stamp and you want to sell it to a dealer, how much could you expect him to pay you for it? That is an entirely different question. The answer depends on a number of different factors, including how badly the dealer needs it to replenish his stock and how quickly he thinks he will be able to resell it.

If you do not understand what the word "retail" means, you are liable to come to grief in your stamp transactions.

Many collectors remember when the Scott catalogs made the transition in the late 1980s (in the 1989 and 1990 editions) from a reference value system to the retail value system, accompanied as it was by much weeping, wailing and gnashing of teeth from some dealers and collectors.

For an example of the change from reference to retail catalog values, consider the £1 blue-green King Edward VII stamp, Great Britain Scott 142, shown in Figure 2.

An unused, hinged example with reasonable centering was still valued at $2,000 in the 1989 Scott Standard Postage Stamp Catalogue. In the 1990 edition, it was at $1,000 for a stamp in a grade of fine-very fine. Today the Scott retail value for a VF example of this stamp is $1,200.

Note also that the catalog standard for grading went from "reasonable centering" for 1989 and earlier to F-VF in 1990. Beginning with the 1997 Scott catalog, values are for stamps in the grade of VF.

Dealers' and collectors' objections to the change were mostly psychological.

Some dealers felt that going to a retail valuing system took away their ability to wheel and deal. For those addicted to dickering, the retail value system seemed just too straightforward. Some collectors had a hard time getting over the mental barrier of having to pay about full Scott catalog value for stamps after years, or even decades, of buying their stamps at a percentage of Scott values. After all, for much of their collecting lives, anyone who paid full catalog for a stamp was considered to be either desperate to acquire or a bit of a fool.

Today there can still be dickering using the retail value system, but now it focuses on condition and grade rather than on the catalog values themselves.

Today when you hear a collector boasting about acquiring a stamp from a dealer at a steep discount from Scott value, look closely at the stamp. The explanation for the discount can often be found in its condition and grade.

A handful of dealers continued to use the 1988 edition of the Scott catalog for valuing for quite a few years after it was published.

There are cheaper ways to acquire stamps than buying them one at a time at retail catalog value. For instance, you can acquire large numbers of stamps by buying accumulations, collections, kiloware or stamp packets. Of course, some of the stamps acquired in this way will be damaged, heavily canceled or poorly centered, and there may be quite a bit of duplication.

This still can be the most cost-effective way of acquiring low-catalog-value stamps, especially if you can trade the duplicates to other collectors.

But don't expect to turn around and sell these stamps to a dealer for retail catalog value, or anywhere near it.

For higher-catalog-value stamps, the best way to acquire them is usually one at a time, paying very close attention to the individual stamp's grade and condition.

Buying at auction is also a different proposition from buying stamps at retail, one at a time from a dealer.

Depending on the material and how it is presented by the auctioneer, you may pay considerable less than catalog value for an auction lot, or you might have to pay considerably more.

In a catalog that uses a reference value system, both the prospective buyer and the prospective seller understand that the catalog value is not a retail value. It is an abstract value assigned to show the relative value of stamps in relation to each other.

Reference catalog values are always higher than retail values, sometimes by as much as 100 percent. Dealers using reference-value catalogs understand that, and they discount the prices at which they sell the stamps by standard percentages.

A VF, undamaged stamp with a reference catalog value of €5 from a catalog with a discount rate of 50 percent, would normally sell at retail for about €2.50.

If you are looking to acquire stamps valued by a catalog that uses reference values, you must first find out what the standard discount for that catalog is. If you paid full catalog value from a reference value catalog, you probably paid too much.

For example, the 200-piaster green and black Sultan Mohammed V stamp, Turkey Scott 270, shown in Figure 3, has a Scott catalog value of $550 in unused, hinged condition and in a VF grade.

Although catalog values in foreign currencies will always be affected by exchange-rate fluctuations, as you can see from this comparison, the Michel catalogs use reference values, not retail values.

The lack of a direct connection between reference catalog values and the retail marketplace was starkly illustrated by the remarks of Albertino de Figueiredo, president of the Afinsa Group, in the No. 84 (2003) issue of Flash, the journal of the International Federation of Philately (FIP).

The Spanish-based Afinsa Group publishes the Domfil line of catalogs and owns major stakes in various high-profile auction firms and in new-issue selling.

The cover of a Domfil Europa CEPT Thematic Stamp Catalogue is shown in Figure 4.

In his editorial, De Figueiredo said that one of a catalog publisher's key responsibilities is to "resist temptation" and "abstain from lowering prices."

De Figueiredo said: "The reduction of stamp prices has a devastating affect – it removes value from both dealers' stocks and from collectors' holdings. We must not forget that a stamp collector is also an investor . . . stamps have interesting financial returns and they can be used to solve financial problems without having to turn to bank loans or mortgages. On the contrary, we should ensure that prices rise."

Further, de Figueiredo states that such a policy "creates loyalty among collectors and remunerates dealers appropriately."

One of the facts of life of the retail marketplace is that prices sometimes go up and they sometimes go down.

This philosophy of setting catalog values differs markedly from that of the Scott catalog editors, whose primary goal is to reflect the reality of the marketplace.

If a catalog publisher is dedicated to the proposition that his catalog values will never go down, then they obviously are not a reflection of the retail market.

I don't mean to imply that catalog publishers who use the reference value system are being underhanded. I do mean to say that it is a different system, and collectors should understand the system before they attempt to use it.

If you are buying stamps from a dealer who bases his prices on a reference-value catalog, it is always a good idea to check his prices against Scott to see where they stand.

Many country catalogs list and value stamps that are not listed and valued by Scott. In those cases, direct comparisons are not possible. But you can average the differences from several other items that are listed by both catalogs to get a good idea of the discount percentage that applies to the catalog, and use that percentage to check the prices for items not listed by Scott.

Okay, collectors, come on down for a philatelic installment of The Price Is Right.

How much would you expect to pay for it in a retail transaction with a stamp dealer?