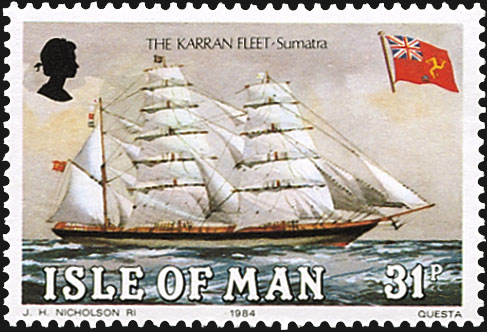 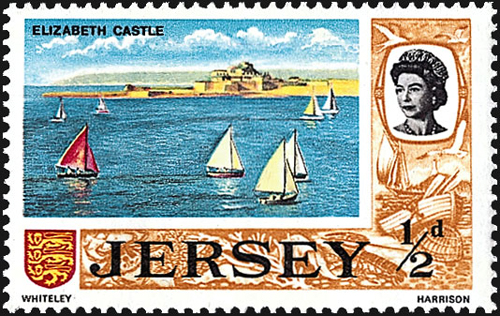 Figure 4. A postally used counterfeit of a Nigerian 50-naira Rock Bridge stamp on piece. Counterfeits and illegal stamps are two entirely different kettles of fish. Click on image to enlarge.

Figure 2. This nonpostal label inscribed with the name of an autonomous republic of the Russian Federation is a modern cinderella stamp. Click on image to enlarge. 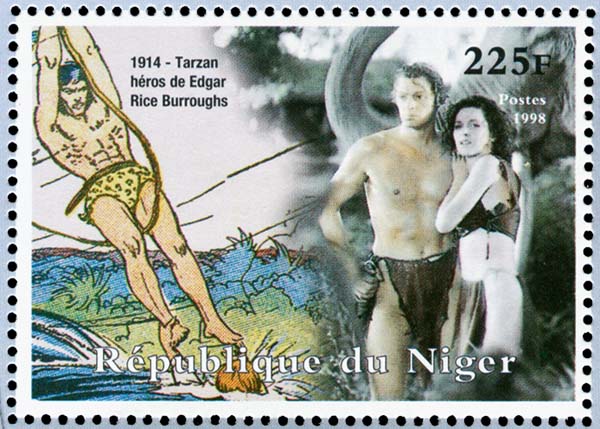 Figure 1. This stamp marking the creation of Tarzan was legally produced, a French court said in 2001. Niger says it is not valid for postage. Click on image to enlarge.
Previous
Next

One reads a great deal in the stamp press these days about so-called illegal stamps.

At the forefront in this crusade against illegal stamps and abusive stamp issues are the International Federation of Philately (FIP), the World Association for the Development of Philately (WADP) and Albertino de Figueiredo, chairman emeritus of the board of directors of Afinsa Group.

Most recent issues of Flash, the house organ of the FIP, have featured center page editorials by de Figueiredo denouncing illegal stamps and abusive issues as destroyers of the stamp hobby.

On Sept. 25, 2003, the WADP held the International Conference on Illegal and Abusive stamps in Lisbon, Portugal. De Figueiredo was the featured speaker.

Under the WNS scheme, participating UPU-member postal administrations pay a fee to have their legitimate postage stamps assigned a WNS number and be displayed at the WNS web site, the implication being that a stamp lacking a WNS number is an illegal stamp.

The efficacy of the system in combating illegal issues is questionable, because not all legitimate postal authorities are participating and not all stamps of those who do are listed.

Having said all that, what exactly is an illegal stamp? Ask 10 different people, and you are likely to get 10 different, mutually exclusive answers.

Part of the problem might stem from the fact that many of the people who become the most exercised over the issue of illegal stamps have an almost equally passionate stance against what are described as abusive or speculative issues.

Many articles and web sites begin by decrying illegal stamps but then shift into a heated tirade against abusive issues without a hint of a transition or distinction being made between the two.

This imprecision of language is compounded by the seeming reticence on the part of most stamp collecting references to define or even engage the subject. NeitherLinn's World Stamp Almanac nor the Linn's web site offers a definition of illegal stamps.

Nor is a definition for illegal stamps offered in standard references, such as theStandard Handbook of Stamp Collecting by Richard McP. Cabeen or Fundamentals of Philately by L.N. Williams, although, in fairness, both of these references were last updated before the term "illegal stamps" gained its current notoriety or level of use.

In Stamp Collecting for Dummies, without using the phrase "illegal stamps," Richard L. Sine approaches the topic: "Other forms of stamp-like items with no postal validity are labels issued for non-existent countries."

A score or more web sites offer glossaries of philatelic terms, but the only one I found with a definition for illegal stamps is the Ask Phil web site of the Collectors Club of Chicago.

It gives this definition: "According to the UPU, an illegal stamp is one that carries the name of a legitimate country or territory, but was not produced or printed by the postal administration of that country, and is not valid for postage anywhere in the world."

Note that this definition depends on a legitimate postal authority declaring that stamps purporting to come from the country or postal administration are not valid for postage. That declaration is then promulgated by the Universal Postal Union.

When issued, UPU circulars denouncing stamps as illegal are summarized in Linn's. Summaries of older circulars can be found at the Collectors Club of Chicago Ask Phil web site at www.askphil.org/index.htm.

Many of them can also be found verbatim on line as PDF documents through the use of a search engine such as Google.

Shown in Figure 1 is a label purporting to be a postage stamp from the African nation of Niger. It commemorates the creation of Tarzan by Edgar Rice Burroughs in 1914 (Tarzan was actually created in 1912).

The stamp is inscribed "Republique du Niger Postes 1998" and is denominated "225F." The stamp is from a pane of nine stamps commemorating significant events of the 20th century from the period 1910-19.

There are seven other panes of nine stamps each and 17 small one-stamp souvenir sheets in the set. All have been declared not valid for postage by the postal authority of Niger, as promulgated by the UPU, even though a French court decided in 2001 that their producer had the documentation showing he could create them.

It is doubtful that the producer of these stamps ever intended them to be used for postage. They were created for sale to stamp collectors.

The issue is inscribed with the name of a legitimate postal authority, and it bears a postage service inscription ("Postes") and a denomination in the currency of the country in question (francs).

While the Tarzan stamp is legal in the sense that it was produced under a contract, the postal authority or Niger says it never was valid for postage. The question of whether it is or should be illegal or unethical to buy, sell, trade or own such stamps remains moot.

Other types of so-called illegal stamps are less clear cut.

Suppose someone prints a label with a pretty picture, a numeral of putative value and the name of a place that is not a legitimate postal authority or a place that doesn't even exist or has no human population.

Take for example, the label shown in Figure 2. It pictures a weimaraner and is inscribed "Kalmykia" in Cyrillic letters. It bears a "5,-" denomination and the year-date "1999." No local post delivery service stands behind this label, and it probably never was anywhere near Kalmykia.

Kalmykia, a small autonomous republic in the Russian Federation, is located on the Caspian Sea. It is remarkable for being the only predominantly Buddhist region of Europe. Note that Kalmykia is not and has never been a legitimate postal authority. Note also that there is no currency unit ascribed to the denomination and no postal inscription on the stamp.

Is this an illegal stamp?

I don't think so, although de Figueiredo and others obviously do. The collecting of bogus or fantasy cinderella stamps has a long and honorable history in stamp collecting. This label is simply a modern cinderella stamp.

I do not see anything unethical in producing, buying, selling, trading or owning stamps such as these, as long as everyone involved knows what they really are: nonpostal cinderella stamps.

The main argument that anti-illegal stamp crusaders make against this type of cinderella label is that young or inexperienced collectors will be tricked into buying these stamps, thinking that they are valuable genuine postage stamps, and that they will become disillusioned and leave the hobby when they discover that they are worthless wallpaper without resale value.

I think that this argument is off-target on a couple of counts. First of all, it presumes that new issues of legitimate postage stamps have a guaranteed resale value higher than that of an attractive nonpostal cinderella label. Many new issue stamps do not. Some have virtually no resale value.

If you are looking to buy stamps as an investment vehicle, you would be much better off buying expensive classic stamps in choice grade and condition. Almost all recent new-issue stamps are not going to appreciate markedly in value in our lifetimes, if ever.

The argument also presumes that these cinderella labels are primarily being bought by young or new collectors who believe them to be valid postage stamps. Based on my own personal experience, I find that most of these labels are acquired by topicalists or cinderella collectors who know exactly what they are, or by nonstamp collectors interested in the topics they portray, and who couldn't care less whether or not they are valid for postage.

There are a number of areas in the world where governmental authority is in dispute or nonexistent: Somaliland (the portion of Somalia that was formerly the Somaliland Protectorate); the Transdniestrian Moldavian Republic (the predominantly Russian part of Moldova); Nagorno-Karabakh (an Armenian enclave in Azerbaijan); Abkhasia (the secessionist Muslim province of Georgia); and Western Sahara (the former Spanish colony invaded and annexed by Morocco), to name but a few.

Stamps have been issued for all of these entities, and in some cases, they are demonstrably being used to deliver the mail, at least internally.

Many stamp writers would condemn these stamps as illegal, and some of them have been the subject of a UPU circular, but what they really are is local postage stamps. Collecting local postage stamps, a type of cinderella stamp, also has a long and honorable history in the hobby.

Some older examples include the stamps of the Spanish Carlists, the Confederate States of America, the Filipino Revolutionary Government, Katanga and Biafra.

A 200-dram local post stamp from Nagorno-Karabakh picturing the sculpture We Are Our Mountains is shown in Figure 3.

Despite their lack of international validity or recognition, I believe that there is absolutely nothing illegal or unethical in buying, selling, trading or owning such stamps. Indeed, covers bearing these stamps that did genuine postal duty could become hot postal history collecting items in the future.

In the ardor of condemning illegal stamps, some philatelic writers conflate them with counterfeit stamps. This crosses the bounds of imprecision into error.

Counterfeit stamps are fraudulent imitations of valid postage stamps made to deceive and cheat postal authorities or the stamp-using public.

Counterfeit stamps are not intended for sale to collectors. They are sold below face value or otherwise distributed to those who want to avoid paying postage for mail delivery.

This counterfeit Nigerian stamp was rather crudely produced with poor color reproduction and ragged perforations, but many counterfeits are expert imitations of the stamps that they mimic.

Having waded through the morass of the illegal stamp question, we now turn our attention to abusive or speculative stamp issues.

Linn's World Stamp Almanac and the Linn's web site do offer a definition of speculative issue: "A stamp or issue released primarily for sale to collectors, rather than to meet any legitimate postal need."

For example the Bequia Island in the Grenadines of St. Vincent 50¢ Japanese Attack on Pearl Harbor 50th anniversary stamp, Scott 287, shown in Figure 5, is pretty far down the road to being speculative and abusive.

But if you want to collect it, more power to you, I say.

Organized philately has a long, sad history of attempting to combat speculative issues through a "Black Blot" program or other schemes that go back more than 100 years.

Indeed, when the U.S. Columbian Exposition issue, Scott 230-45, came out in 1893, it was roundly condemned by the philatelic press and by many individual collectors as abusive and speculative.

But is there any collector today who wouldn't like to have very fine, mint, never-hinged examples of the Columbians?

Thanks to Linn's reader William B. Tuttle of Ohio for suggesting the subject of this Refresher Course column.