How to buy stamps from postal administrations 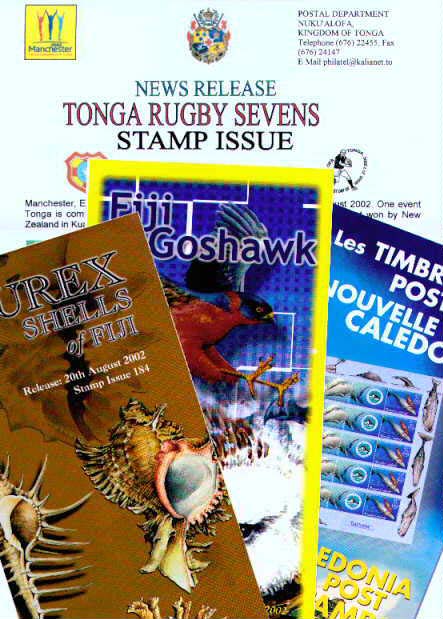 Two new-issue flyers and brochures from Fiji and one each from Tonga and New Caledonia. 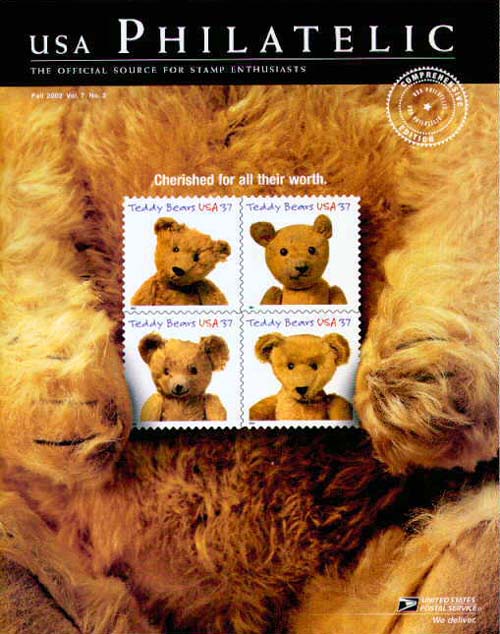 An issue of USA Philatelic, produced by the United States Postal Service for direct sales of new issues. 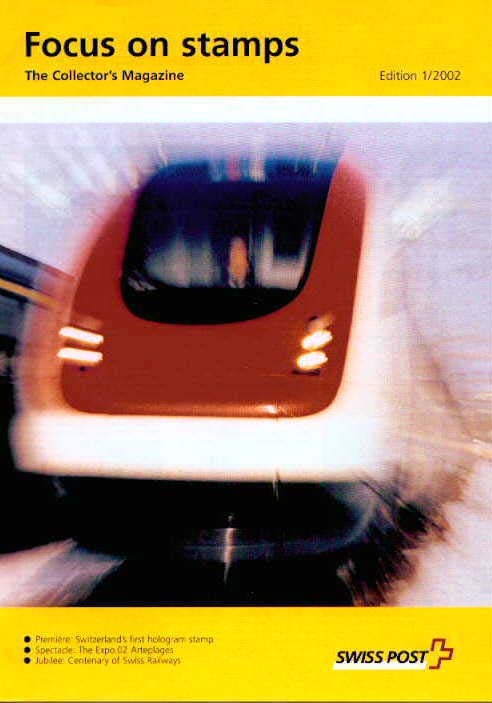 Focus on Stamps, Swiss Post's quarterly new-issue magazine is much more than a new-issue catalog.
Previous
Next

With the advent of worldwide acceptance of credit cards, it is now much easier to buy stamps directly from postal administrations than it was even five or 10 years ago.

The advantages differ between postal administrations, but one of the best perks is access to the new-issue information each administration provides.Buying new issues directly from the source has certain advantages and disadvantages that should be considered before making new-issue purchases in this way.

Some produce first-rate philatelic magazines. Swiss Post, for example, issues a big color magazine, Focus on Stamps, about four times a year. A representative issue is shown in Figure 1.

In addition to featuring detailed information about each new issue, there are articles of importance on general subjects that any collector would find useful.

For example, a recent issue contains a three-page article on how holograms are produced and printed as a stamp image.

One look at this magazine will make you a Swiss stamp collector. Contact Swiss Post, Stamp and Philately, Sales and Customer Services, Ostermundigenstrasse 91, Berne CH-3030, Switzerland or visit Swiss Post online at www.swisspost/philatelic-shop.

The United States Postal Service issues USA Philatelic, a quarterly color catalog of its wares (a sample issue is shown in Figure 2). Unlike Swiss Post, there are no detailed articles.

Apart from a brief introduction of the subjects being commemorated by the stamps, the catalog contains little else other than color illustrations and prices of new issues.

Orders go to the Stamp Fulfillment Services office and are mailed from there. The advantage to ordering from Stamp Fulfillment (known as the stamp cave because is in large underground caverns in Kansas City, Mo.) is that, unlike your local post office, many older issues are still being sold on hand and the stock goes back several years.

You can get high values, odd values, and a variety of formats, all of which might be difficult or impossible to acquire at your local post office.

The disadvantages are that you have to pay $1 for shipping and handling, and you don't get your choice of stock. Centering and plate numbers are a matter of luck.

Like Swiss Post, the USPS also offers postally related souvenirs and other types of collectibles that may or may not be of interest to you.

The Postal Service also has a useful web site with much more than just stamps. There is a well-designed youth area with games and other activities, a ZIP code locator, a rate calculator, and many more features that are of use to collectors. Access it at www.usps.com.

Australia Post offers a small color catalog, Stamp Bulletin, a sample issue of which is shown in Figure 3. It falls somewhere between the magazine Swiss Post produces and the straightforward catalog issued by the USPS. It contains short articles about the subjects of new issues, along with color reproductions of the stamps and the souvenir items that accompany them.

In years past I have ordered an opal brooch and children's books from Australia Post.

From Swiss Post, I recently ordered a teddy bear dressed as a Swiss mail carrier.

Latest merchandise offerings from some of the administrations include mailbox banks, checkbook covers, and music compact discs (Elton John is being promoted by Australia Post).

Smaller countries also promote their new issues using brochures or flyers. A variety of these are shown in Figure 4.

These give the basic data about new issues and usually contain an order form.

Over time, collecting the promotional materials issued by various postal administrations can be very useful.

They are good references, and in many cases they provide design and printing details that exist nowhere else in published form.

Some postal administrations such as New Zealand Post reward their best customers with philatelic premiums.

In the case of New Zealand Post, to qualify for the premiums you have to spend a certain amount each year.

So what are the disadvantages to ordering new issues directly from the postal administrations?

As mentioned earlier, you cannot pick through the stock for centering, plate numbers or other collectible differences. You get what they send you.

If you want particular plate numbers, marginal markings, or are fussy about centering, be sure to find out what the return policies are before placing your order.

By far the most economical way to make the purchase is by charging it to your credit card.

That way you don't have to worry about doing currency conversion or paying check cashing fees.

However, be aware that many postal administrations have minimum orders for credit-card purchases. This might be $20 or $50, in which case you will be encouraged to spend more than you want just to make the minimum order.

Using bank drafts as an alternative form of payment is not economical. Bank service charges vary, but my bank charges $35 for a bank draft in a foreign currency.

Make certain you find out how much postage and handling will cost before you place your order.

While $4 or $5 is fairly standard, it could be more. Read the fine print before you order.

My final advice to collectors who wish to purchase new issues directly from postal administrations is to fill out the order form neatly and completely.

Many of the order forms are processed by optical scanners. If you are sloppy when filling out your order, you might end up with the wrong stamps. Take time to fill out the order according to the instructions given.

A complete list of the world's postal administrations and, when available, links to their web sites are available from the Ask Phil web site run by the Collectors Club of Chicago at www.askphil.org/b38a.htm.

While you are there, have a look at the rest of the web site. It is a fantastic resource for the stamp collector.

Remember, if you want only a specific set of stamps from any given postal administration, it might be cheaper in the long run to order it from a new-issues dealer.