In issuing stamps and collecting stamps, rules are meant to be broken 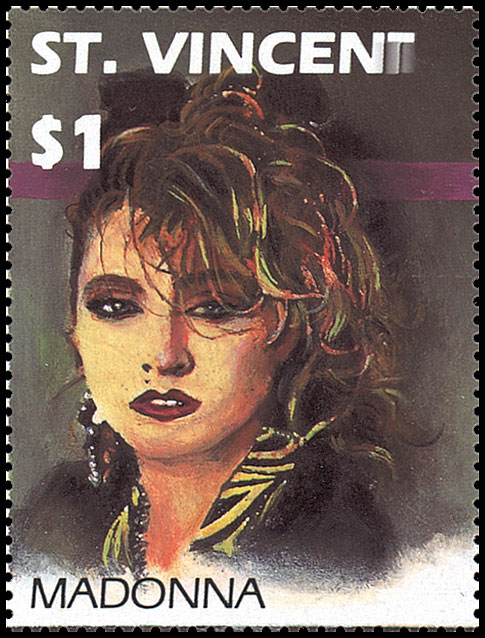 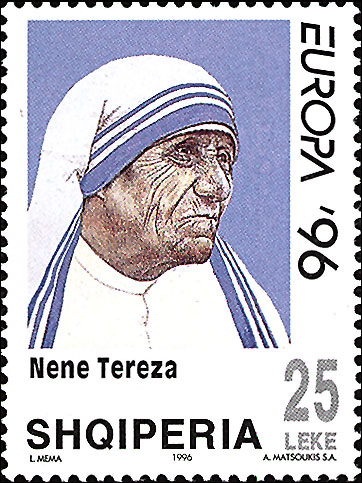 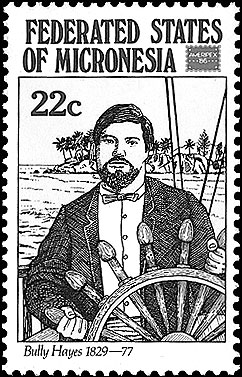 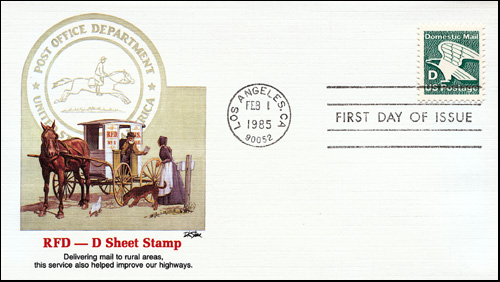 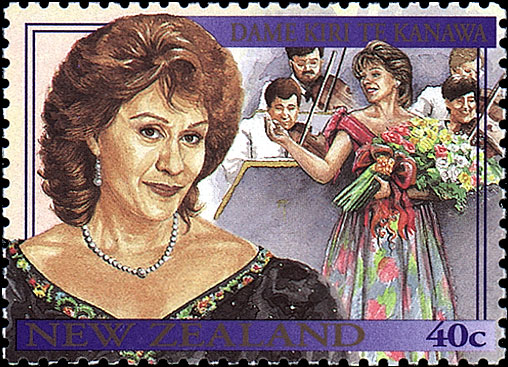 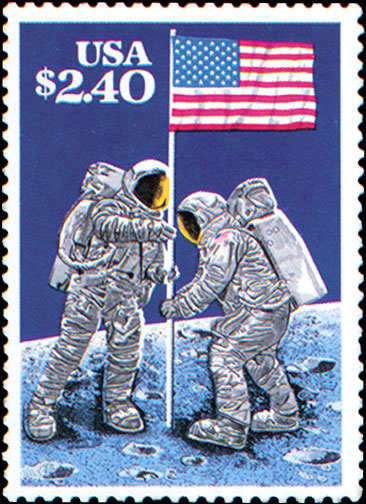 Figure 3. A $2.40 Raising the Flag on the Lunar Surface Priority Mail stamp (Scott 2419). The stamp shows Neil Armstrong and Edwin Aldrin raising the flag on the moon. Click on image to enlarge. 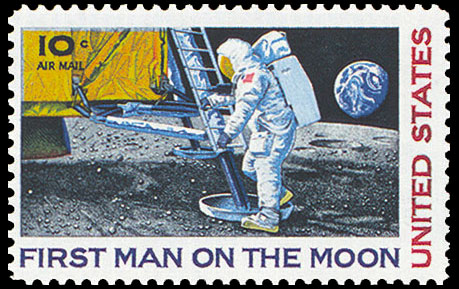 Figure 2. A 10¢ First Man on the Moon airmail stamp (Scott C76). The astronaut taking the first steps by any human on the moon is Neil Armstrong. Click on image to enlarge. 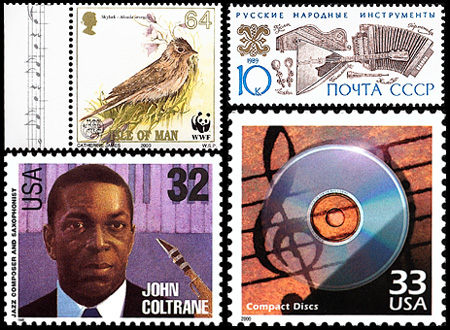 Figure 1. A 5¢ Space Walking Astronaut stamp (Scott 1331) issued in 1967. The astronaut pictured on the stamp could only be Edward White. Click on image to enlarge.
Previous
Next

I recently received a press release about a living Swiss tennis player, Roger Federer, who will be honored on a Swiss stamp April 10. Switzerland does not normally depict living persons on its postage stamps, but Federer's exceptional talent caused Swiss Post to bend the rules. As the press release states, "rules are made to be broken."

Recently, the United States Postal Service amended its long-standing rule that a person had to be dead at least 10 years to be honored with a stamp, reducing the wait to five years. The exception to the previous 10-year rule and present five-year rule is presidents of the United States, who are normally commemorated on or near their birthdays in the year after their deaths.

This rule change means that one of the most influential people of the 20th century, Rosa Parks, will be eligible for commemoration in 2010. Unless, of course, the Postal Service breaks its own rule and issues a stamp for her sooner than 2010.

That stamp shows an astronaut from the Gemini 4 space capsule making the first space walk (officially called "extravehicular activity") by an American on June 3, 1965. Gemini 4 was crewed by Edward White and James McDivitt. McDivitt stayed in the capsule while White performed his 22-minute space walk. So the astronaut on the stamp can only be White.

White was one of the three astronauts killed in the disastrous Apollo 1 fire Jan. 27, 1967, so he had been dead for less than nine months when the stamp was issued.

Another example is the 10¢ First Man on the Moon airmail stamp (Scott C76) shown in Figure 2. That stamp shows the first human being ever to set foot on the moon.

That man can only be Neil Armstrong, who is still alive and living not far from where I live.

On July 20, 1989, the Postal Service issued a $2.40 Raising the Flag on the Lunar Surface Priority Mail stamp (Scott 2419) to celebrate the 20th anniversary of the first moon landing. The stamp, shown in Figure 3, pictures two astronauts raising the American flag on the moon in 1969. Those astronauts have to be Armstrong and his crew mate Edwin "Buzz" Aldrin, who is also still living.

Australia and New Zealand have been honoring outstanding living citizens for quite some time. In 1995, New Zealand issued six stamps showing famous living New Zealanders. Among them was the 40¢ Dame Kiri Te Kanawa stamp (Scott 1314) shown in Figure 4. Te Kanawa is known internationally as a leading operatic soprano.

In 2000, Australia took this one step further by issuing a pane of 25 45¢ Ordinary People stamps (Scott 1799) showing real, living Australians who are not famous. The pane is shown in Figure 5.

Of course, now all of us can be on personalized stamps, but that is not quite the same as having the post office release millions of stamps with your own picture on them.

The Postal Service does not want to honor living people on stamps. Too bad. It would be great to pay tribute to outstanding Americans for their achievements while they are still alive to enjoy the honor.

But the Postal Service's conservative views on the issue are understandable. Living people could still behave in ways that would bring dishonor to themselves and embarrass the postal administration that issued the stamp.

If pop culture sells, then perhaps the recipients of the Kennedy Center honors for the arts could be on stamps. Had that happened in 2006, the United States would have issued stamps for composer and producer Andrew Lloyd Webber, conductor Zubin Mehta, country singer-songwriter Dolly Parton, film director and producer Steven Spielberg and singer-songwriter Smokey Robinson.

Members of several royal families regularly are pictured on postage stamps. Not all of these individuals have behave in ways that are above reproach. In fact, if perfect behavior was a requirement for being on a postage stamp, there would be more stamps picturing flowers and trees and fewer depicting people.

It is possible to form a large collection of notorious people who have appeared on stamps. Some of the notorious were world leaders whose names will spring instantly to mind, but it is hard to understand why some bad guys have been put on stamps just because they were bad guys.

In 1986 the Federated States of Micronesia issued a set of five stamps and a souvenir sheet (Scott 52 and C21-24a) commemorating William Henry "Bully" Hayes, a pirate, rogue, bigamist and slave trader throughout the South Pacific and generally not a nice guy.

The 22¢ Bully Hayes stamp (Scott 52) from the set is shown in Figure 6. That he was a colorful character is undeniable, but putting him on a set of stamps glorifies his nefarious actions.

On the other side of the ledger, saintly Mother Teresa, who died in 1997, appears on many stamps issued prior to her death. She received the Nobel Peace Prize in 1979 for the selfless work she did in Calcutta with the poor and homeless.

An Albanian 25-lek Mother Teresa stamp (Scott 2506) issued the year before her death is shown in Figure 7.

Postal administrations today do not have an easy job selecting stamp subjects. Collectors want meaningful subjects but not too many and not self-adhesives. And they want nice, clear, light postmarks on the stamps that actually get mailed.

Collectors who operate outside the bounds of organized collecting are sometimes referred to as stamp accumulators. Although they are largely invisible to those inside the organized hobby, they are responsible for a huge segment of the stamp market.

Many stamp accumulators are attracted to popular culture subjects such as comic book heroes, pop and rock stars, Disney characters and professional athletes. A St. Vincent $1 Madonna stamp (Scott 1501a) likely to appeal to some stamp accumulators is shown in Figure 8.

Most postal patrons enjoy the convenience of using self-adhesive stamps. They do not care about postmarks as long as the piece of mail gets where it is supposed to go within a couple of days.

All this discussion of rule breaking started me thinking about stamp collecting rules established by some collectors.

Stamp collecting is a hobby that should be completely self-directed by each individual collector. Yet there are those who will tell you that collecting used stamps is terrible and you should only collect mint, never hinged stamps. Others will say you must collect classic stamps because, in their opinion, modern stamps are not worthy of consideration.

Make your own rules. Collect what you like whatever way you want. It is your time and your money and no one should impose his preferences on you.

One of my rules is "keep an open mind." This advice has led me to many fun-filled adventures in stamp collecting.