Is it a postmark or a cancellation? It’s collectible either way

Spray-on postmarks are used today. This Rudolph the Red Nosed Reindeer marking was used for the 2014-15 holiday season.

An 1898 machine cancel from American Flag Co. equipment “killed” the stamp with a waving banner.

Slogans were added to machine cancels starting in the 1890s. A “Mail Early for Christmas” slogan was used in this 1929 Cincinnati postmark. 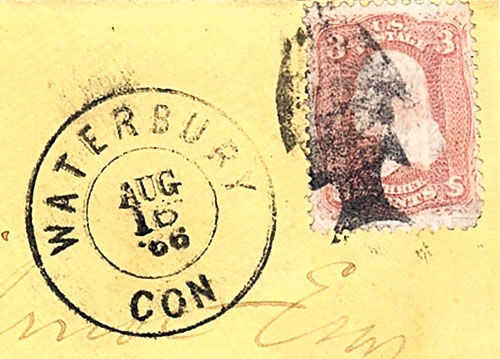 United States fancy cancels from handmade devices date to the 19th century, such as this fish from Waterbury, Conn., in 1866. 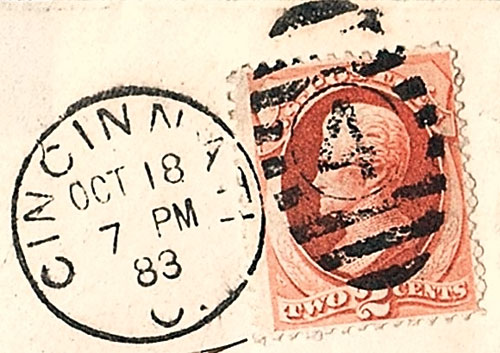 An 1883 Cincinnati duplex postmark, so-called for its two distinct parts: mailing place/date/time plus a barred oval canceling the stamp. 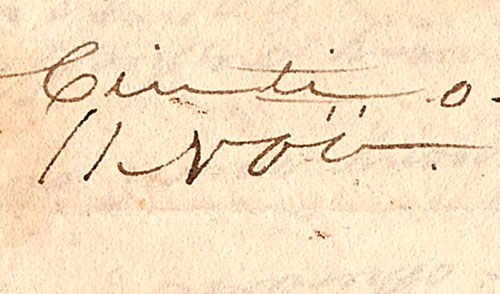 In the pre-stamp era, postmarks were handwritten by postal clerks, such as this example from Cincinnati, Ohio, Nov. 11, 1816 (the year date is on the enclosed letter). 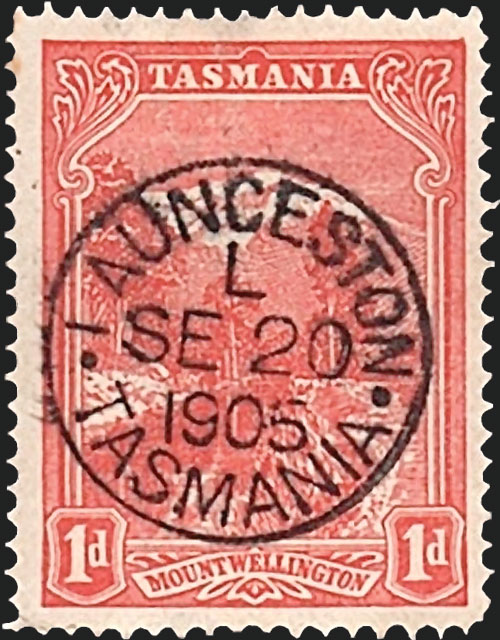 This 1-penny Mount Wellington stamp of Tasmania has an aptly named bull’s-eye or socked-on-the-nose postmark of Sept. 20, 1905.
Previous
Next

The words “postmark” and “cancel” often are used interchangeably. However, to be perfectly accurate, a postmark is the marking applied by a postal worker giving the place of mailing, the date of mailing and the time of mailing. The cancellation, or cancel for short, is the imprint on the postage stamp that invalidates it against future use.

To keep things simple, the word "postmark" will be used in this column to refer to both the postmark and the cancel.

Collecting postmarks can be an endless and frequently inexpensive pursuit. Globally, there have been hundreds of thousands of post offices over the years, and collecting one postmark from each is probably not an activity most people would want to attempt.

But, scale that pursuit back to something more manageable — for example, the state, county, city or town you call home — and you may have found a hobby that will be fun as well as educational.

Postmarks can be collected as they are used on envelopes, postcards, parcels and any other items that have gone through the mail. They also can be collected on individual postally used stamps if enough of the postmark is visible on the stamp.

Well-centered postmarks on stamps are called "bull's-eyes" or "socked-on-the-nose" cancels. Both terms are charmingly descriptive, as can be seen here on the Tasmanian stamp socked on the nose in 1905.

There are many different types of postmarks. Very early cancels, in the days before postage stamps, were handwritten by the town's postmaster. The second illustration here shows an early Cincinnati, Ohio, manuscript (handwritten) postmark from Nov. 11, 1816. (The year was found on the folded letter within.)

As postal reforms reduced the cost of mailing a letter and the rate of literacy improved throughout the world, the volume of mail increased and faster ways were employed to document the place and day a letter was posted.

Handstamped postmarking devices were made from cork, rubber, metal or wood. The device was pressed onto an inked pad and then applied to the mail piece.

A great many of these postmarks have descriptive names. A duplex postmark is so named because it is in two parts.

On the example pictured here, the circle at left contains the place and date of mailing: Cincinnati, Oct. 18, [18]83, at 7 p.m. The oval formed of bars on the right cancels the stamp.

A fancy cancel is a general term to describe any pictorial or otherwise unusual identifiable image that cancels the stamp. Standardized marking devices were not supplied by the Post Office Department, and postmasters were free to contrive their own. These individualized postmarks became very popular in the United States in the 19th century, especially the 1860s through the 1890s.

Many of the fancy cancels were carved from cork. An example of a famous Waterbury, Conn., fancy cancel in the form of a fish is shown here. The postmaster of Waterbury, John W. Hill, carved this postmark and dozens of other clever images from cork. Today, Waterbury fancy cancels continue to be eagerly sought, though expensive to acquire.

Handstamping was faster than writing the town and date by hand, but mail volume continued to increase and keeping up was a problem for postal workers. The 1870s brought automated postmarking equipment.

Several U.S. companies competed for postal contracts; among the best-known were American Flag, Barr-Fyke, Barry, Columbia, Doremus, Hamptden, International, Time-Cummins and Universal. The resulting postmarks differed in appearance and evolved over time, but each had similarities in that they included the city or town, the month, day, year, and later, the time of mailing.

Flags, wavy lines, vertical lines, horizontal lines and diagonal lines were engineered to strike the stamp, making it invalid for reuse. These lines are often referred to as "killers." The example illustrated here on a mailing card was a wavy-line killer cancel made by an American Flag machine.

Slogans were added to canceling-machine postmarks in the 1890s. Over the decades, slogans have promoted thousands of events such as world's fairs, issued postal instructions ("Use ZIP code"), urged social awareness ("Hire the handicapped"), supported charitable organizations ("Give to the United Way"), advocated patriotism ("Buy U.S. savings bonds") and many, many more.

After World War II, many letters were postmarked with the PPray for Peace" slogan postmark. "Mail Early for Christmas" was an annual slogan cancel, such as the one shown here from 1929.

Since 1989, most postmarks we see have been sprayed on using ultra-high-speed equipment. During the Christmas season, holiday images are added, such as the Rudolph the Red-Nosed Reindeer marking shown on page 25. Over the rest of the year, sharp-eyed collectors can find historic anniversaries and other promotions in spray-on postmarks. Unfortunately, the spray-on slogans these days are frequently indecipherable.

Among the many other kinds of postmarks are those that identify mail that was sent from a railway post office or a ship. Official first-day-of-issue postmarks are added to covers or other items bearing newly issued postage stamps.

You may feel dazed by choice as far as types of postmarks, but starting a collection is not difficult.

Pick a place; for example, your hometown is a good starting point. Find out when the first post office opened there. The U.S. Postal Service website has this information available at http://webpmt.usps.gov/pmt002.cfm. Once you know when the post office was established, you can start looking for the postmarks from its earliest days.

Your city, county or state may have a philatelic organization that specializes in local postal history. The Smithsonian National Postal Museum has a list of these societies at http://postalmuseum.si.edu/research/state-postal-history-registry/index.html. Does your community have a local-history library or museum? Many museums have archives that contain letters of local interest that may be available for you to research. It is certainly worth a call to find out.

If you are bitten by the postmark bug, you will find many friendly kindred souls and a host of information in the Post Mark Collectors Club. The group is online at http://www.postmarks.org, and should you find yourself in northern Ohio, you can plan a visit to the PMCC's Margie Pfund Memorial Postmark Museum and Research Library at the historic Lyme Village in Bellevue, Ohio.