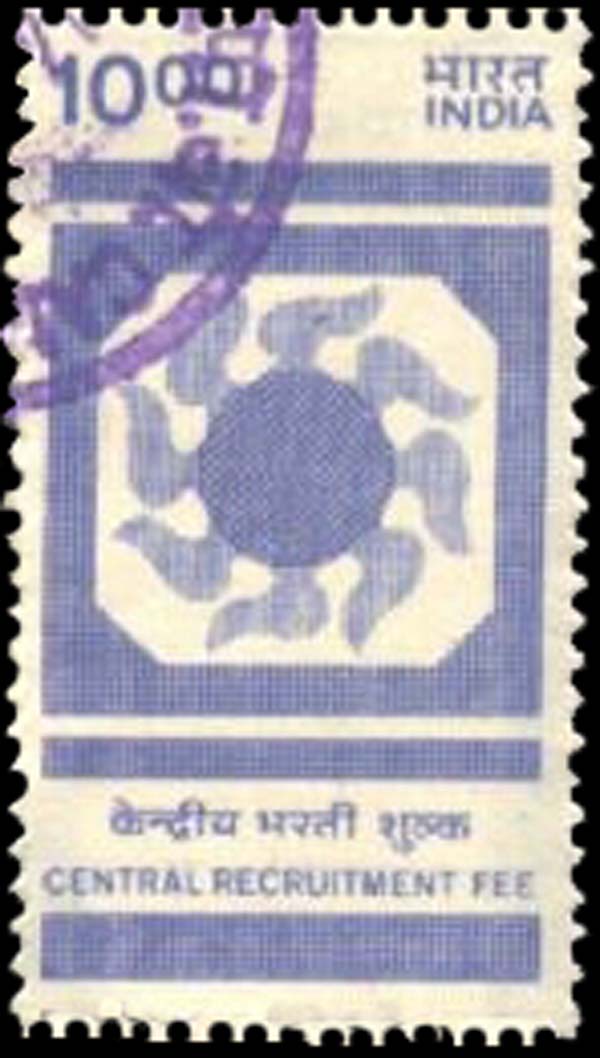 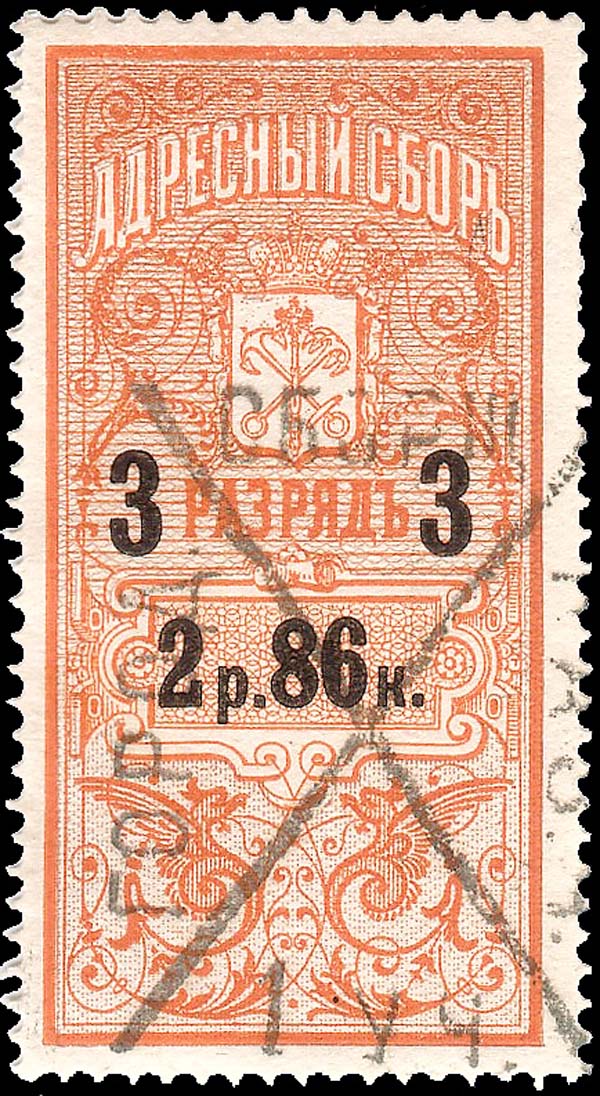 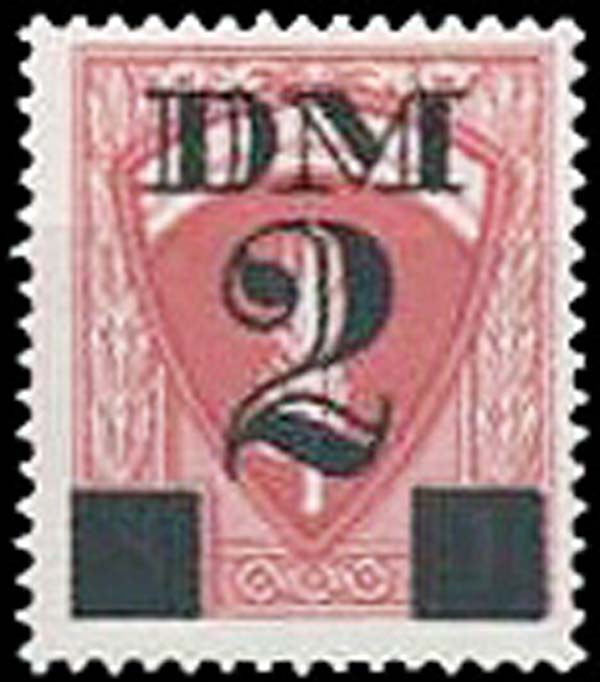 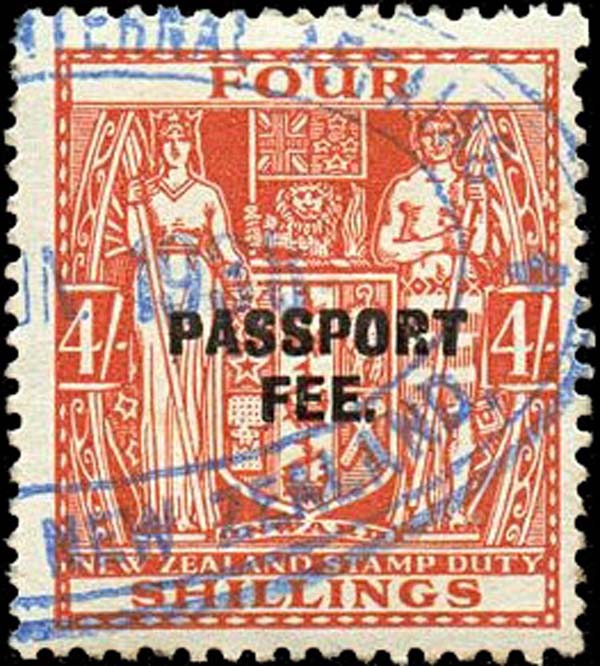 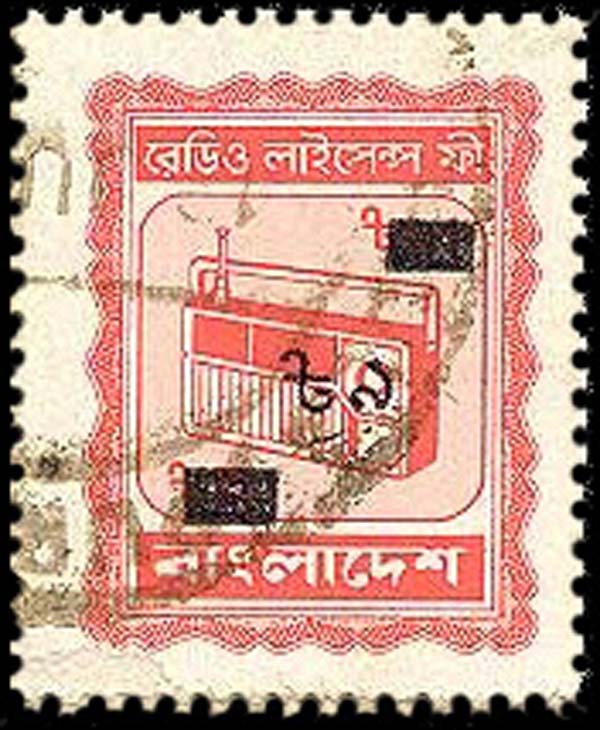 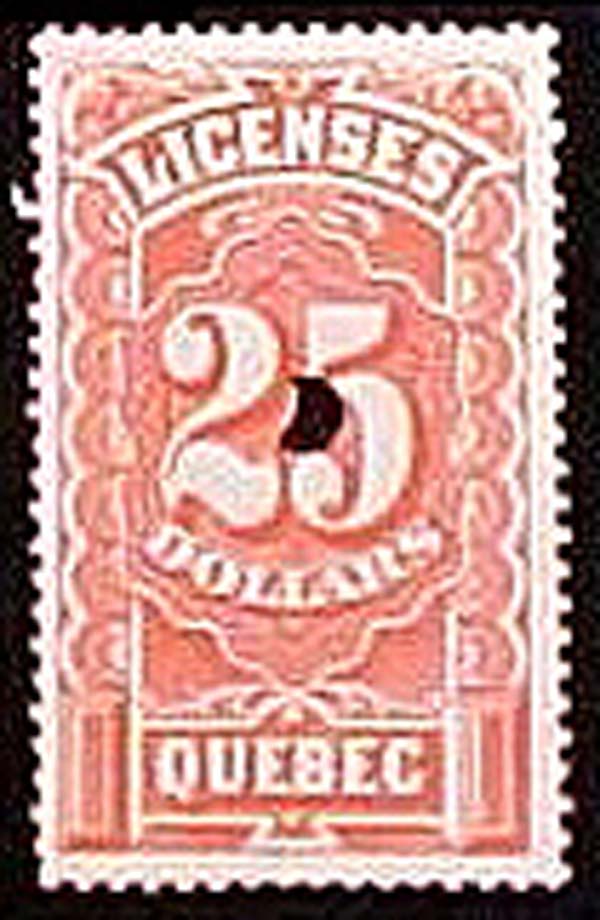 Some might find the distinction a bit arbitrary, because any tax could be viewed as a fee for services provided by the government, such as maintenance of the Interstate highway system or the national defense.

Merriam Webster's College Dictionary defines "fee" as "a fixed charge; a sum paid or charged for a service." It defines "tax" as "a charge usually of money imposed by authority on persons or property for public purposes."

In paying for a fee stamp and affixing it to a document or product, the payer certainly saw little difference between a tax and a fee. Nonetheless, this Refresher Course will examine revenue stamps used to show payment of fees for government services.

Revenue stamps are generally collected in used condition. Unused examples of the stamps often do not exist, or they might exist only in limited quantities. Stamps with handstamped cancellations, when they exist, are usually preferred to stamps with manuscript cancellations.

For example, the Quebec red $25 assurance license stamp (van Dam QA18) shown in Figure 1 is canceled with an elliptical punch.

Some government authorities have issued revenue stamps to show payment of fees in connection with passport processing. A New Zealand

When abroad, travelers often need visas for their passports, to show that they have that government's permission to enter and to remain in the country for a specified period of time. As any fan of the movie Casablanca knows, exit visas are sometimes required to leave a country.

Visa stamps were issued to show that visa fees have been paid. A Latvia 30-lats green Latvia With Grain Sheaf visa stamp (Barefoot 7) is shown in Figure 4.

In addition to foreign travel, many governments monitored or control domestic travel. Fee stamps have been issued for workers' passes, passenger fees, travel warrants, travel permits and rail travel permits. A surcharged 2-mark-on $1 red travel permit stamp issued by the military forces of the Allied occupation of Germany (Erler-Norton 19) is shown in Figure 5.

Sometimes a person has to pay a fee just to stay where he is. Some governments charge fees for registering with the police, for residency and for identification. Fee stamps have been issued for residence permits, personal registration, alien resident permits and refugee identity cards.

A Latvia 500-ruble brown and blue Allegory of Justice With Law Book court fees stamp (Barefoot 9) is shown in Figure 7.

Weights and measures inspection stamps were affixed to certificates by government inspectors as receipts for fees paid by the public for the verification of weights, measures and measuring devices used for trade purposes.

Some governments have issued postal form fee stamps used to pay fees charged when a postal employee is required to fill out a postal form for a customer.

Statistical fee stamps pay fees required when a document or transaction is required to be reported to the statistics office or department.

Electric light or electricity inspection stamps were used on certificates by government inspectors as receipts for fees paid by the public for the verification of the supply voltage and of the meters used to measure electrical consumption.

Gas (natural gas and propane) inspection stamps were used in the same way for fees for verification of gas quality and the accuracy of the meters used to measure gas consumption.

A Canada 1897-series 60¢ orange Electric Light Effigy With Crown of Lights electric light inspection fee stamp (Barefoot 10) is shown in Figure 9. The fanciful vignette is one of my all-time favorite stamp designs.

Other types of inspection fee stamps include those for elevators, fruit and honey.

If you are interested in collecting revenue stamps, you should consider joining the American Revenue Association. It covers the world.

The association was founded in 1947 to serve the needs and interests of all collectors of revenue stamps, tax stamps, stamped paper, telegraph and railroad stamps, and general nonpostal back-of-the-book stamps and paper produced by federal, state, provincial, local, municipal and private issuers.

Annual membership in the association is $21. Write to Georgette Cornio, 12803 Windbrook Drive, Clinton, MD 20735 or apply through the association web site at www.revenuer.org.