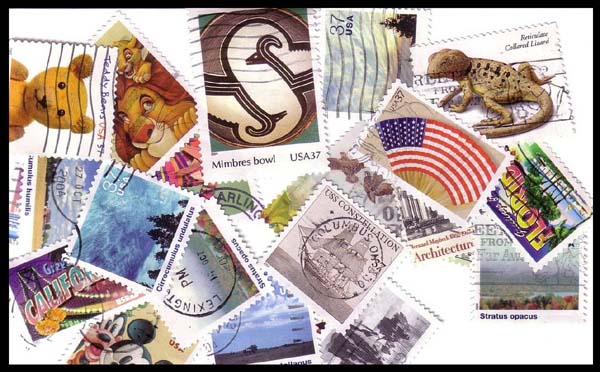 Figure 4. After soaking, drying and pressing, stamps are ready to be mounted in an album or placed in a stock book. Click on image to enlarge. 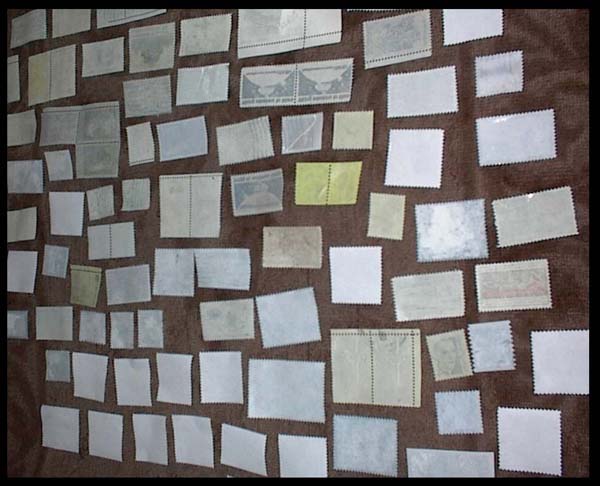 Figure 3. As stamps float free, remove them from the water and place them on a towel. Click on image to enlarge. 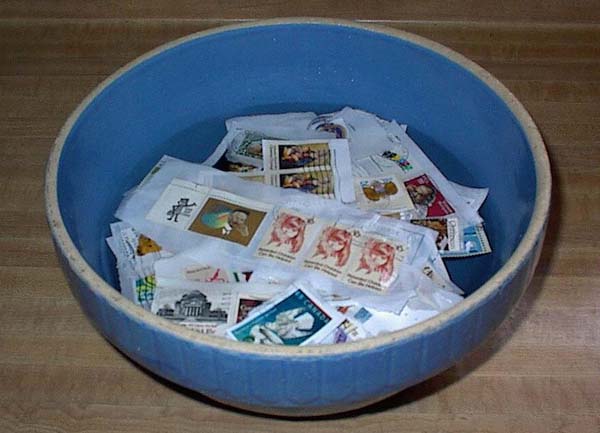 Figure 2. Immersing a few stamps at a time in large bowl filled with warm water is the best method for soaking. Click on image to enlarge. 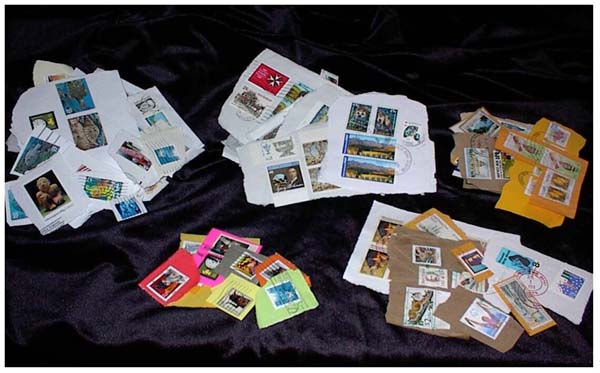 Figure 1. Sorting stamps before soaking them minimizes stain damage from envelope paper. Click on image to enlarge.
Previous
Next

As I write this, it is early spring in southwestern Ohio. I had my day planned. I was going to cut the dead wood out of some overgrown forsythia bushes that failed to bloom this year and then prune some olive bushes that have overtaken the space allotted to them. But instead of the warm, sunny day that was predicted, it is raining in torrents and there are a few snowflakes mixed in for good measure.

One of a stamp collection's greatest assets is its ability to sit quietly and patiently on the shelf until a collector can devote time to it.

Stamp collectors always have something engrossing to do while others mope about because of dull weather.

To be perfectly honest, playing with my stamps is a lot more fun than cutting the dead wood out of the forsythia bushes. A rainy day is not such a bad thing.

Because pruning was on my personal agenda, I decided I really needed to prune my box of on-paper stamps that I had clipped from incoming mail. I usually gather up several packets of recent clippings and take them to my local stamp club. Many of the members complain that they don't receive recent United States commemoratives on their mail, so it is tough for them to find nice used stamps for their collections.

I got out the box and was surprised at how full it had become. As I started looking at the clippings, I noticed some U.S. stamps with nice cancels and some foreign stamps that were taken from envelopes that contained auction catalogs or lots purchased overseas. I guess I had taken no notice of them in my eagerness to look at what those stamps delivered to me.

Well, it had been a long time since I spent a day soaking stamps. It is a task I always find relaxing and enjoyable, so what better way to spend a rainy day?

The temptation is strong to just grab a handful of stamps and dunk them in a tub of water, but this would be the worst thing you could do. Why? When subjected to moisture, the paper of many colored envelopes will bleed dye all over any stamps in the water with it. The worst offenders are the bright red and green envelopes that are commonly used to carry festive Christmas greetings. To be perfectly honest, the best thing you can do with the stamps on those envelopes is to throw them away or collect them on cover.

If you feel you must soak stamps from a colored envelope, then do it one at a time and change the water between soakings or use running water. You still might end up with a stamp that has been colored bright pink or green, but you will have only ruined just one stamp, not a whole batch.

I treat stamps on manila envelopes as though they are on colored paper. Sometimes, but not always, manila bleeds. You can't tell which manila paper will bleed by looking at it, so I play it safe and soak it separately. I cut the colored borders from airmail envelope clippings too, because sometimes those blue and red diagonal lozenges bleed. If I can't trim away the colored border without affecting the stamp, it gets soaked separately too.

This sorting takes a fair bit of time, if you are working with a lot of stamps, but you will be glad you made the effort.

A couple of years ago I would have separated the stamps with water-activated gum from the self-adhesive stamps. That is still probably a good method, but as I was sorting the stamps, I noticed that the majority of both U.S. and foreign stamps were self-adhesives. Further, the U.S. stamps I had that were not self-adhesives were used in tandem with stamps that were.

The bottom line is that self-adhesives take longer to soak than stamps with moisture-activated gum, so when you soak them together, you have to watch closely and remove stamps from the water as soon as they float free.

The biggest mistake some collectors make is filling a sink full of water and dumping in a huge lot of stamps. Don't do that. You want to remove each stamp from the water as quickly as possible after it has separated from its clipping.

If stamps stay in the water too long, they lose their sizing and can begin to break down into a soggy pulp. Too many stamps in the water at one time means you can't get them all out quickly enough.

For soaking, I use a large pottery bowl, shown in Figure 2, filled with very warm water. I immerse the stamps in the water and wait for them to release. As the stamps float free, I remove them from the water and place them face down on a clean bath towel. Some people prefer to use paper towels or newspaper for this step, but I find a towel, as shown in Figure 3, works best.

When the stamps have dried, I remove them from the towel and spread them on blotting paper, leaving enough space between them so that they don't touch each other. I put another piece of blotting paper or wax paper on top and then put some heavy books on top of that.

After several hours, the stamps will be flat and dry, as shown in Figure 4, for you to mount in your albums or put away in stock books.

Many collectors complain about self-adhesive stamps, but I find that most are not as problematic as some make them out to be. And even if you don't like self-sticks, you might as well get used to working with them, because the convenience factor and popularity with the general public means they are not going to go away.

I had more difficulty with the 37¢ Women in Journalism stamps (Scott 3665-68) issued in 2002. The adhesive sticks firmly to the backs of these stamps, even after I had removed most of the remaining envelope. I was able to get the sticky stuff off by holding the stamp under water and very gently rubbing the adhesive off with my finger. It took some time, but it worked.

The 37¢ Summer Olympic Games stamp issued in 2004 (Scott 3863) is, as reported previously in Linn's, a soaking disaster. The adhesive sticks firmly to the back of the stamp, just as it does for the Women in Journalism stamps.

But even worse, when I tried the submersion and rubbing technique, I could remove the sticky gum, but the printed design of the stamp cracked and peeled away. Out of nine Summer Olympic stamps that I soaked, I was only able to salvage one that I would classify as being in collectible condition.

It's a good idea to save this stamp on paper clipped close.

The large portrait stamps of Lewis and Clark are interesting soakers.

The self-adhesive gum adheres firmly to the area on the reverse of the stamp that coincides with the vignette. I could slowly rub it off under water, but it was odd that the gum did not adhere to the frame area, only in the vignette part of the stamp.

It takes a while to do a good job of soaking stamps, but it is fun.

It sure beats pruning bushes in a steady rain.