Revenue or postage stamp, or a bit of both? 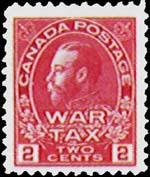 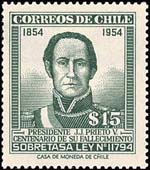 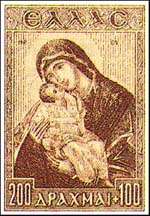 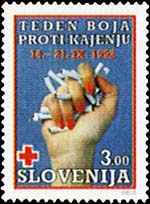 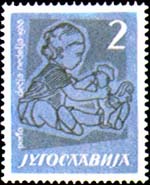 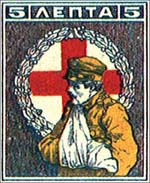 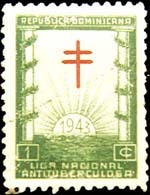 Figure 1. An anti-tuberculosis charity seal from the Dominican Republic.
Previous
Next

Postal tax stamps are not defined in L.N. Williams' Fundamentals of Philately or Linn's World Stamp Almanac, two of the most in-depth reference works available. They are defined in The Standard Handbook of Stamp Collecting by Richard McP. Cabeen who categorizes them as either "Postal Tax, Charity, or Similar Funds" or "Postal Tax, War Funds."

Because only postal tax stamps have a postal connection, they are the only stamps in these series that are listed in postage stamp catalogs. The Scott Standard Postage Stamp Catalogue defines a postal tax stamp, but the definition is not easy to find.

It is before the listing of Portuguese postal tax stamps, in Vol. 5 of the Scott catalog, and it reads: "These stamps represent a special fee for the delivery of postal matter on certain days in each year. The money derived from their sale is applied to works of public charity." The definition probably is where it is in the Scott catalogs because Portugal, in 1911, issued the world's first postal tax stamp.

Many postal tax stamps are similar to semipostals in that revenue from them goes to charitable organizations. They differ from semipostals in that their use is mandatory for stated classes of mail and periods of time. They also normally have no inherent franking value of their own.

If you have a stamp that you haven't been able to identify bearing a red, double-bar cross of Lorraine, look in the back-of-the-book section of the Scott catalog (after the regular numbers) at the postal tax stamp listings. If you still can't find it listed, then it's probably a charity seal, such as the anti-tuberculosis seal from the Dominican Republic shown in Figure 1, rather than a postage stamp.

Greece has been a prolific issuer of postal tax stamps. Greece's first postal tax stamp was issued in 1914. The revenue raised went to the Red Cross for relief of victims of the First and Second Balkan Wars. Subsequent Greek postal tax stamps have aided disabled veterans, tubercular postal clerks, restoration of historical monuments, archaeological research and repair of earthquake damage. A catalog image that does not show the perforations of the 1918 5-lepton Wounded Soldier postal tax stamp for the aid of disabled soldiers is shown in Figure 2.

Yugoslavia's predilection for using postal tax stamps continues in the successor states established through its breakup. The Red Cross and the anti-tobacco campaign were the beneficiaries of postal tax stamps issued by Slovenia since its independence in 1991. The 3-tolar Stop Smoking Week postal tax stamp of 1992 is shown in Figure 4. It was required on all mail posted during the week of Sept. 14-21, 1992.

Macedonia, another former republic of Yugoslavia, is the world's most prolific issuer of postal tax stamps. Since its independence in 1991, more than one-third of the 300-plus total stamps issued by Macedonia have been postal tax stamps.

Greece is responsible for the rather peculiar stamp category of the postal tax semipostal stamp. In 1943 Greece issued a three-stamp set for the benefit of needy children. The stamps were issued as semipostals for voluntary use at other times, but their use was mandatory on all domestic mail posted in October 1943.

A catalog image that does not show the perforations of the 200-drachma+100dr Madonna and Child stamp, Scott RAB3, the high value in the set, is shown in Figure 6.

War tax stamps are a special category of postal tax stamp. The first war tax stamps were issued by Spain. The Scott definition is found in Vol. 6, before the listing of Spanish war tax stamps: "These stamps did not pay postage but represented a fiscal tax on mail matter in addition to the postal fees. Their use was obligatory."

Wars are costly affairs. The funds raised by war tax stamps went to defray the cost of fighting the war. Aside from Spain and Portugal, British colonies were frequent issuers of war tax stamps during World War I.

A Canadian carmine 2¢ King George V war tax stamp, Scott MR2, is shown in Figure 9. Atypically, it could be used to pay postage as long as enough were affixed to pay the war tax as well.

You might think that the United States has never issued a war tax stamp, and you would be right as long as you confined your speculation to postal war tax stamps. The War Revenue Act of 1898 took effect July 1 of that year. The Act was passed to raise funds to pay for the Spanish-American war.

It imposed taxes on a host of document classes including checks, licenses, railroad tickets, bills of lading, telegrams, certificates and more. Had the framers of the law thought to include mailed items within the scope of the tax, one of the Battleship revenue stamps might have been listed as U.S. Scott MR1.

The carmine-rose 2¢ Battleship documentary revenue stamp in the series, Scott R164, is shown in Figure 10. The design choice for the stamp was especially appropriate because the war the stamps were financing began with the sinking of the American battleship USS Maine in Havana harbor. It is interesting to note that the country with which the United States was at war, Spain, was the inventor of the war tax stamp, and it used the stamps to help defray expenses in this war.

Looked at from another perspective, the United States actually has issued war tax stamps. From Nov. 2, 1917, to July 1, 1919, the domestic first-class letter rate for letters up to 1 ounce went from 2¢ to 3¢ as a result of the War Revenue Act of 1917. The additional 1¢ was a war tax to defray the expense of the war.

From this perspective, the violet 3¢ Victory and Flags of the Allies stamp, Scott 537, shown in Figure 11, and any 3¢ violet Washington definitive used on first-class mail during the period were at least one-third war tax stamp.