Figure 5. Unlisted stamp varieties, like the star-shaped plate variety on the 60¢ George Washington stamp, are often discovered by sharp-eyed collectors.

Figure 4. Stamp errors, like this color-missing Jacqueline Cochran stamp (bottom), are great additions to a collection. The normal stamp is shown at top. 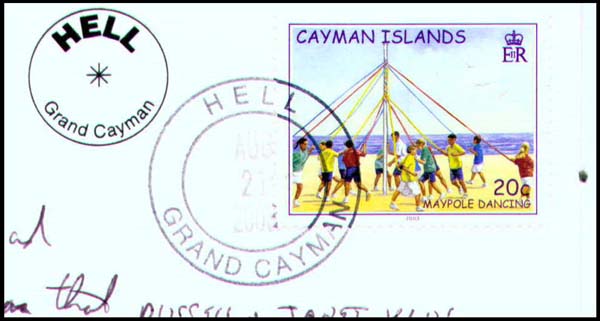 Figure 3. Stamp catalogs list some known varieties for recent stamps. The specialist starts with this information and tries to learn more by studying available examples.

Figure 2. Definitive stamps are printed in greater quantity, and may show greater variety than commemoratives.
Previous
Next

Pick a stamp. Any stamp.

If the stamp you choose has ever been used to pay for mail delivery, then you can probably build a specialized collection around it.

Specializing in a single stamp or stamp series sharpens the focus of a collection. It draws the collector into a world that goes beyond accumulation and inspires philatelic research, study and discovery.

If you've ever visited a national stamp exhibition, you may have seen on display remarkable specialized collections consisting of a hundred or more pages devoted to the study of a single stamp. In many cases, those stamps are great rarities from the 19th century, and the collection shows the stamp in all of its possible varieties and uses.

Some of those exhibits contain a fortune in stamps, but it's possible for any collector to start his own specialized collection with stamps that are being issued right now.

The stamp you choose to study can be from any country in the world. It can be any kind of stamp, designated for any kind of mail service.

First let's talk about stamps that are issued in sets or series. Figure 1 shows the Legends of American Music series that began five years ago with the issuance of the 29¢ Elvis Presley stamp.

Some of the stamps in this series have been issued in different varieties, including minor design changes and booklet formats with straight edges on the vertical sides.

You have all the stamps? Great – you're on your way.

Do you have them all mint and postally used, or in full panes, booklets and booklet panes?

Have you found examples of each stamp on cover (that is, a postally used envelope) used to send a regular letter or bill payment?

You can save such covers whole as part of your collection, to show how the stamp fulfilled its intended use.

You might look for covers that used stamps from the series to send mail overseas, or by registered mail, or by certified mail, or by Express Mail.

How about a combination of American Music stamps used to pay postage for an envelope that weighed more than 1 ounce, and needed additional postage?

These are just a few examples of how stamps are used every day. Such uses can be collected and assembled to tell the story of any stamp series like the American Music set.

Where do you find examples like these? By looking through hundreds or thousands of envelopes from businesses, schools, churches or government offices. Collectors ask such groups to save envelopes for them all the time.

Collectors can create first-day covers and look for varieties among first-day cancels for identical stamps.

Definitive stamps are another great base for a specialized collection. Figure 2 shows a few examples from a current definitive set from Germany honoring famous women.

Definitive stamps are printed in greater quantity and are used more frequently than commemorative stamps. They remain on sale for a longer period of time and are often printed time after time, rather than in a single printing.

Because of this printing method, definitive stamps often appear with minor varieties that make examining them closely worthwhile.

For instance, definitive stamps may have color variations that distinguish earlier printings from later printings. Other changes can include paper type, adhesive type, phosphorescent tagging, watermarks and perforations.

The 20¢ Harry S. Truman definitive stamp, which is commonly used on U.S. postcards today, can be found with tagging, paper and perforation varieties.

A collector who chooses to specialize in this issue can search out covers (including envelopes and postcards) that have this stamp in its many varieties.

It tells us, for instance, that the 32¢ Louis Armstrong stamp, Scott 2982, was printed with a white denomination and sold in panes of 20.

The same design was used for another stamp, Scott 2984, that has a black denomination, and was printed along with nine other designs honoring jazz musicians.

Another example is the pair of Merian Botanical Prints stamps issued last year. When the stamps were first released, the catalog listing in Figure 3 was published in Scott Stamp Monthly.

Some collectors may not realize there are two similar stamp designs, not just one.

Some collectors may not realize that both designs were printed in two different sizes. That makes four varieties.

And some collectors may not realize that both designs also exist with a peculiar die cut on the right side that appears on stamps that were placed sideways in certain booklets.

These varieties were discovered and listed by Scott catalog editors, but there may be others still undiscovered. Collectors who study stamps and look for varieties add to the body of knowledge known as philately.

Specialized study groups, many affiliated with the American Philatelic Society, help compile this type of information and report it in stamp journals and other publications.

When collectors discover major errors, those are also listed in specialized stamp catalogs. Errors make a fantastic addition to a specialized collection.

Errors are stamps that have a color fully missing, perforations fully missing or a design element inverted (upside down) with relation to the rest of the design.

Errors are most frequently found by sharp-eyed collectors who have looked closely at their postage stamps.

In June 1996, Linn's reader Chris Christiansen bought a block of 10 50¢ Jacqueline Cochran stamps in a North Carolina postal store. It wasn't until he got home that he realized his stamps were completely missing one of the two black inks used to print them.

The stamps, one of which is shown in Figure 4, didn't have the inscription at lower left that says, "Jacqueline Cochran Pioneer Pilot."

Often varieties are not listed in stamp catalogs, but are known among collectors, such as the star-shaped plate variety on the 60¢ George Washington Pacific 97 souvenir sheet (a small sheet of stamps issued to mark a special event).

This discovery by Linn's reader Wayne Meyers is a small mark that appears on only one stamp on some, but not all, of the souvenir sheets that were made.

The illustration in Figure 5 shows where the mark appears. The full story of the discovery appeared in the Sept. 1, 1997, Linn's.

The variety is a little hard to find on unused sheets. It's even harder to find on a postally used cover.

Specialization is simply another way to approach the stamp hobby. It can combine stamp collecting with cover collecting and the study of postal history.

The specialist collector learns about the remarkable varieties that exist among the stamps he studies, and shares that information with the rest of the philatelic world. Some single issues may involve very little research and result in a small collection. Some seemingly endless definitive series can result in a lifetime of searching and collecting.

It's all part of a hobby that is made up of many fascinating parts.