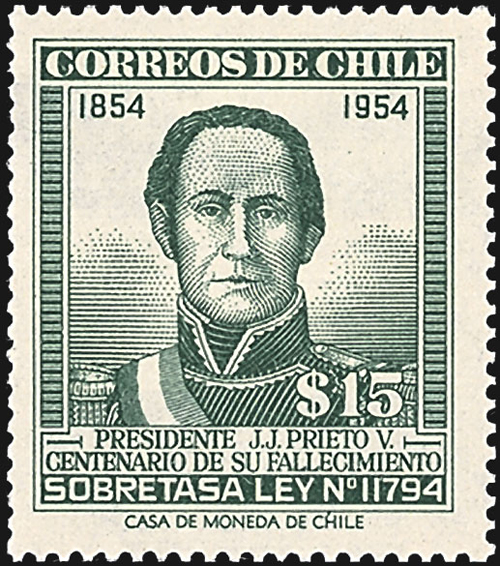 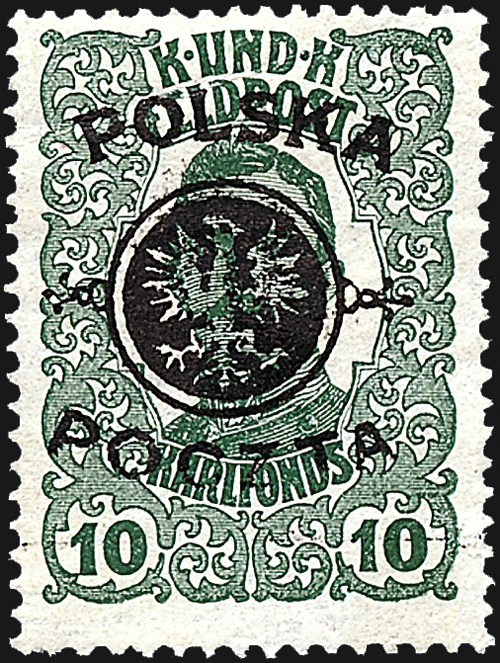 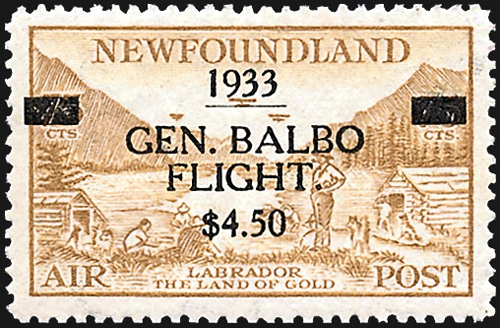 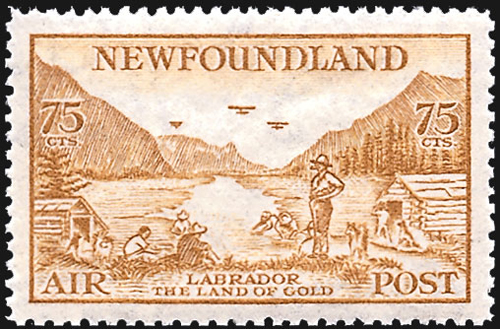 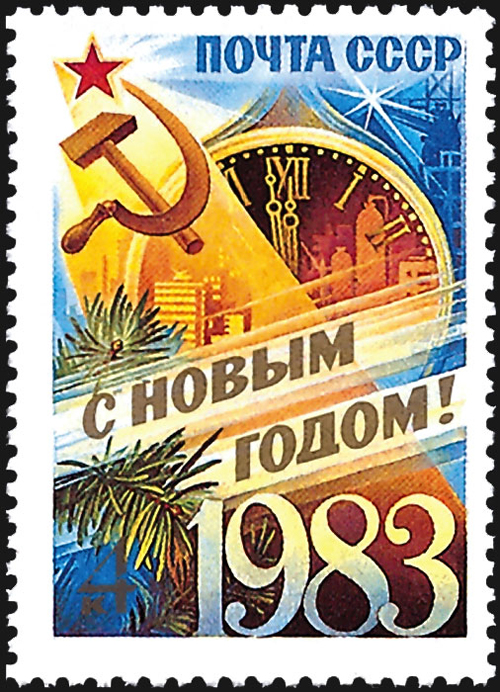 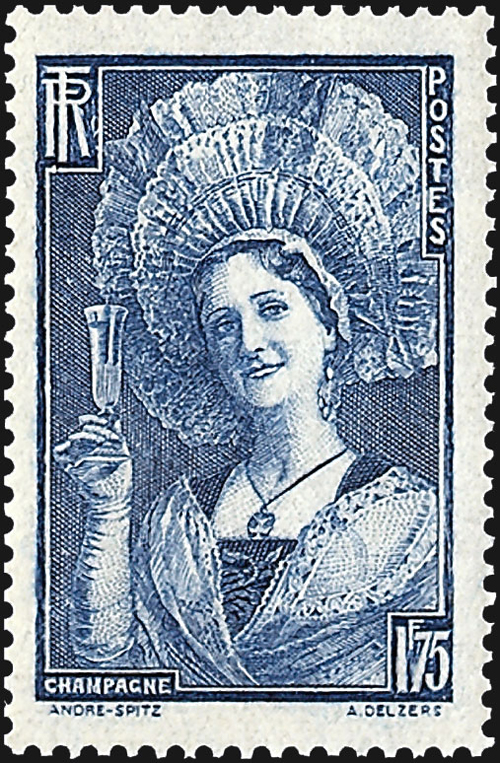 Figure 2. A French 1.75-franc Costume of the Champagne Region commemorative (Scott 350). Click on image to enlarge. 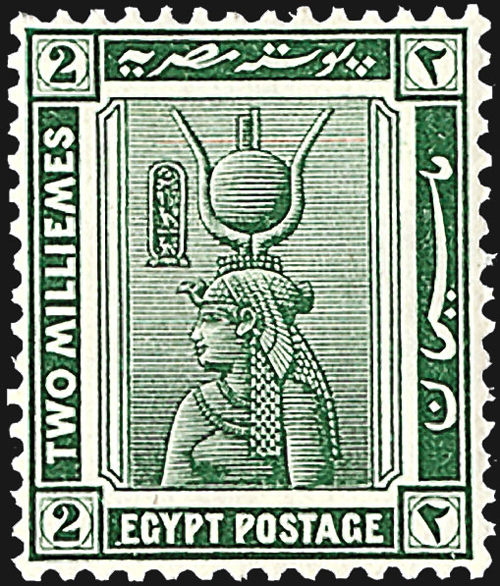 One of the ways that stamp collectors organize their stamps is by breaking them down into smaller categories or types of stamps.

We can make some broad generalizations about types of stamps, but bear in mind that there are always exceptions.

For many years after the introduction of adhesive stamps for prepayment of postage, definitives were the only type of stamp produced. Definitives are stamps issued in a large, indefinite quantity and for an indefinite period, usually several years or more. Definitive stamp designs usually do not honor a specific time-dated event. Definitive stamps are often smaller and less colorful than the other types of stamps.

The Egyptian 1914 2-millieme Cleopatra stamp (Scott 51) shown in Figure 1 is a fairly typical definitive stamp. It is a small, vertical format, single-color stamp. Although the design features a sculpted likeness of Cleopatra VII Philopater, the last pharaoh of Egypt, it does not commemorate a specific anniversary, event or date in her life and reign.

A commemorative is a stamp printed in a relatively limited quantity and available for a relatively limited time. The design may note an anniversary, a historic event or achievements in the life of a specific person, a national landmark, an institution or other specific item or individual.

The French 1.75-franc Costume of the Champagne Region stamp (Scott 350) shown in Figure 2 is a commemorative stamp. A large, vertical format stamp, it was issued June 13, 1938, to commemorate the 300th anniversary of the birth of Dom Pierre Perignon, the discoverer of the process of making the world's premier sparkling wine, champagne.

The newest of the three basic stamp types is special stamps. Like definitives, special stamps do not commemorate a specific event or anniversary and are usually issued in very large quantities. But like commemoratives, they are usually larger and more colorful and are sometimes on sale for a limited time.

Most holiday stamps are special stamps. These include stamps for Christmas, Hanukkah, Thanksgiving, New Year, Chinese or Lunar New Year, Eid and Kwanzaa. Other types of special stamps include Love stamps (usually issued in time for Valentine's Day) and greetings stamps, such as Canada's Celebrations series (Scott 2146, 2203, 2259 and 2314).

Another way to categorize stamps is to differentiate between regular and provisional issues.

The Newfoundland 75¢ Labrador, the Land of Gold airmail stamp (Scott C17), shown in Figure 4 is a regular airmail stamp. It was specifically designed and produced to prepay 75¢ in airmail postage.

The Newfoundland $4.50-on-75¢ General Balbo Flight airmail stamp (Scott C18) shown in Figure 5 is a provisional stamp. It was issued for temporary use to meet a postal demand for which no regular stamp had been produced. It was created by overprinting and surcharging the original 75¢ stamp with a new value and purpose.

Provisional stamps are usually produced by overprinting existing stamps to change what they can be used for or to change their value.

When a new country emerges from the chaos of war, its first stamps are often provisional issues surcharged on the stamps of another country, often the one from which it won its independence.

A few provisionals have been produced by bisecting stamps and using each of the halves for half of the original stamp's postage value. Unless they were also surcharged with a new value, bisected stamps are normally only collected tied to a cover showing how they were used.

A Dominica ½-penny-on-half-of-a-1d Queen Victoria provisional stamp (Scott 12) that was produced by both bisecting and surcharging is shown in Figure 7.

The Scott Standard Postage Stamp Catalogue classifies and segregates stamps by the services that they pay for. All postage stamps are listed first, followed by airmails, postage due, special delivery, and so on, in the what collectors often call the back-of-the-book.

Back-of-the-book stamps are assigned catalog numbers with an alphabetical prefix that indicates the purpose for which they were issued.

To the best of my knowledge, the Chilean 15-peso President J.J. Prieto parcel post postal tax stamp (Scott QRA1) shown in Figure 8 is the only stamp of this type ever issued.