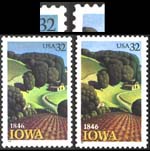 Figure 4. The differences between a perforated stamp (left) and a die-cut stamp (right) can be distinguished with close examination. The die-cut stamp has clean-cut edges.

Figure 3. Perforations are the little holes that surround a stamp when it is still on the sheet. 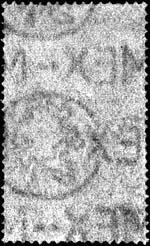 Figure 2. The watermark in stamp paper can be seen more clearly when the back of the stamp is dampened with watermark fluid.
Previous
Next

A postage stamp is made up of many different elements: paper and ink, adhesive gum, perforations and more. Collectors look closely at all of these elements when they study stamps, or when they consider adding a stamp to their collection.

Some stamps may not have all of these characteristics but most of them do, and as you might expect, many components of a postage stamp are related to one another.

As technology changes the way stamps are made, collectors discover that the familiar components of postage stamps are changing as well.

Design. Regardless of whether someone is a stamp collector or simply mailing a letter, the design is often the first thing anyone notices about a postage stamp.

Designs can range from elaborate and ornate, to simple, to downright plain.

In most cases, though, postal administrations try to make their stamps attractive, as the stamp design usually provides a glimpse into the nation's culture and history.

A topical stamp collector is one who builds a collection based on elements of the design rather than the country of issue. For example, the stamps shown in Figure 1 all illustrate various mushrooms. A collector may use these stamps to begin a collection of mushrooms on stamps.

Ink. The ink used to create the design is just one element of the stamp printing process. The postage stamp design may use ink of just one color, like the 32¢ red triangular Stagecoach stamp or the 32¢ blue triangular Clipper Ship stamp issued last year for the Pacific 97 stamp exhibition.

Multicolor stamps may use as many as five or six different ink colors in the design. The 32¢ Women in the Military stamp issued Oct. 18, 1997, used six ink colors to create the design of the stamp.

Collectors often notice variations in ink color on various stamps of the same issue. A single-color stamp that is cherry red on one example may appear pink on another example and burgundy on a third.

Varieties are most common on definitive stamps, those that are placed on sale for an indefinite period of time and may be printed in large quantities at various times on the printing press. Though ink formulas normally remain constant, collectors sometimes notice slight changes in color when months pass between one printing of a stamp and the next.

Variations in printing plates can produce colors that appear lighter or darker.

A printer or postal authority may choose to intentionally change the ink color.

An accidental addition of a different color into an ink vat may taint the ink, changing its color.

Even a change in paper type can affect the appearance of an ink color.

The color on multicolor stamps of the same design may appear different from one stamp to the next depending upon the alignment of the colors during printing. When yellow and blue are combined to make green on a stamp, that green may look more yellow on one stamp and more blue on another.

It is also well known that light affects the intensity of colors on postage stamps. To preserve colors, stamps should not be exposed to light sources of any kind for extended amounts of time.

Some great errors of color have become classic stamp rarities, and collectors have discovered some interesting color varieties on modern definitives as well.

Some other ink and color differences are simply the result of run-of-the-mill variations in printing.

Paper. The physical characteristics of stamp paper have been documented for many early stamps from different countries. Collectors distinguish between laid paper and wove paper, between various thickness and colors, and by whether the paper is soft or hard.

Security features applied to paper may be considered part of a paper's physical characteristics, particularly when those features are added during paper manufacturing.

Among these are the addition of luminescent tagging to trigger canceling machines. Silk threads added to paper create a variety known as silk paper, while cloth fibers are used to create granite paper. In both cases the fibers can be seen in the paper.

One special paper characteristic is the watermark, which can be seen most clearly when a stamp is placed in a dark tray and dampened with special watermark fluid.

The watermark is a design or lettering that has been impressed during paper manufacturing.

The stamp in Figure 2 has been dampened with watermark fluid. The watermark design appears on the back of the stamp.

Different watermark designs are identified in stamp catalogs. Some stamps that otherwise appear identical may vary substantially in value depending upon the watermark design.

Not all stamps have watermarks. Most U.S. stamps issued after 1917 do not have any watermarks.

During the 1860s and 1870s an experimental security feature known as the paper grill was used on some United States stamps. This embossing of the stamp paper with small pyramids in parallel rows has created some remarkable rarities on these early classic stamps.

Perforations. To make separating stamps from one another easy, little holes are punched into the stamp paper in straight rows. These holes are called perforations. Perforations surround the 30-penny stamp from Guernsey shown in Figure 3.

Perforations vary in size and in the distance between the holes. Stamps that have straight edges rather than perforations on one or more sides can sometimes be identified as coil stamps or booklet stamps.

When a stamp is separated from the sheet, the torn edges of the perforations created little points all around the stamp. These points are called perforation teeth.

The production of self-adhesive stamps has increased dramatically over the past few years, and this change has affected stamp perforations.

Instead of perforations, most self-adhesive stamps have die-cut edges in wavy shapes that, when separated from the backing paper, resemble the perforation teeth of traditional stamps.

In Figure 4 are shown two copies of the 32¢ Iowa Statehood stamp issued by the United States in 1996. The stamp at left came from a perforated sheet, while the stamp at right is a self-adhesive that has die-cut edges. With close inspection it is possible to distinguish the rough perforation teeth and round holes of the perforated stamp from the clean-cut wavy lines that distinguish the die-cut stamp.

Gum. Traditional stamps were manufactured with stamp adhesive (or gum) on the back that required moisture to activate it.

In a few cases, stamps have been intentionally created without gum. Such stamps may be special printings not regularly issued.

On some stamps, special ridges called gum breakers were added to decrease the curling of stamps caused by exposure to humid conditions.

Some modern definitive stamps can be found with gum of different varieties that can be distinguished with cursory examination.

There are many more areas of study for the stamp collector, but the few described here are obviously enough to occupy a legion of collectors for a long time. Specialist collectors often study one stamp characteristic in depth, to learn as much as possible about one aspect of stamp manufacturing.