The lessons learned from stamp collection 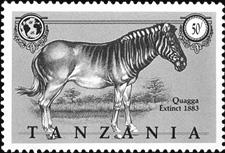 Figure 3. A collector learns more about geography by studying the details of stamps and reading more about them. Shown are issues from Faeroe Islands (left), Schleswig (center) and Western Pomerania (right).

Figure 2. Stamps teach history by illustrating events (left), or by the roles they play, like U.S. revenues (right). 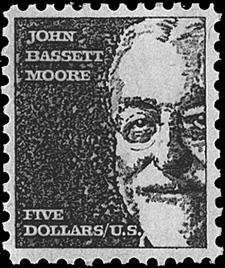 Figure 1. John Bassett Moore was permanently etched in history when he was featured on a U.S. postage stamp in 1966.
Previous
Next

Stamp collecting is a learning experience that takes the collector on a magnificent excursion through time and space, into the worlds of history, geography, biology, botany, art and much more.

Let's start this week's column with a quiz. Who was John Bassett Moore?

You'll find his face on United States Scott 1295, shown in Figure 1. When the stamp was issued in 1966 it was the highest face-value postage stamp in the country.

End of quiz. How did you do?

Maybe you didn't do too well because I didn't give you time to study.

Maybe you did well, because you've already read about the Moore stamp.

When I first came upon the Moore stamp as a collector I didn't have a clue who he was, and the design of the stamp didn't help. He looks pleasant enough with a peaceful appearance and a slight smile on his face.

He's probably a poet, I decided.

When I decided to collect the stamps of the 1965-78 Prominent Americans issue, I wanted to know who the 19 different individuals were that appeared on these stamps. I was making album pages by hand at the time and including a biographical description for each subject.

Most of them were simple enough: Abraham Lincoln, George Washington, Albert Einstein, Henry Ford, John F. Kennedy and so on.

I had to read a little bit to figure out who John Dewey was, and Francis Parkman took even more research.

When I got to John Bassett Moore, however, I became convinced he was someone's imaginary friend. I couldn't find a word about him. My encyclopedia didn't mention him and I couldn't even find his name in other research books at school.

I left the page with Moore's stamp blank until I got to college. One afternoon I was doing research in the undergraduate library when the idea popped into my head to check up on John Bassett Moore.

I don't remember where I found the information, but this is what I wrote on my album page:

I also noted the Scott number, issue date, city of issue (Smyrna, Del.), and the name of the stamp designer (Tom Laufer).

A few years later my wife bought me a copy of the Linn's book Who's Who on U.S. Stamps by Richard Louis Thomas, and I learned a great deal more about Moore and his many accomplishments.

Although John Bassett Moore contributed notably to the world, his accomplishments may have been all but forgotten if not for his presence on a U.S. postage stamp.

It is because of that fact alone that I know who he was and what he did.

Postage stamps teach history in many different ways. I learned about Moore and the other individuals in the Prominent Americans series because I wanted to know what accomplishments brought them such distinction.

Historical events also are featured on postage stamps, and through these miniature scenes we have more opportunities to learn about the world.

At left in Figure 2 is the $1 Surrender at Saratoga stamp issued May 5, 1994. The stamp is still in use today at most post offices.

It's apparent from the design of the stamp that the featured scene is from the American Revolutionary War, but what else can we learn?

In the selvage (margin paper) for this issue, the Postal Service included this information: "Based on 'The Surrender of Gen. Burgoyne at Saratoga' (1777) by John Trumbull. Design originally prepared, but not used, for U.S. postage series of 1869."

Linn's Stamp Newsissue of May 2, 1994, provided additional details. The stamp commemorated the 150th anniversary of the defeat of British Gen. John Burgoyne, who moved south from Canada and took Fort Ticonderoga July 6, 1777. American forces halted his later advances and he surrendered Oct. 17 at Saratoga near the Hudson River.

Another way stamps can teach about history is through the roles they play.

At right in Figure 2 is a private die proprietary revenue stamp from Wm. E. Clarke, paying 6¢ tax for a bottle of "Hunt's Remedy." This U.S. revenue stamp is listed in the Scott Specialized Catalogue of United States Stamps as Scott RS57.

When the Morton Dean Joyce collection of private die issues was auctioned by Andrew Levitt in 1991, Linn's U.S. Revenues columnist Richard Friedberg wrote in the catalog introduction that "the private die stamps were initially issued as part of the new tax act of 1862 to raise funds for the Civil War that was in progress. While firms who manufactured matches, canned foods, medicines, perfumes and playing cards were permitted to use the regularly issued governmental proprietary stamps, the firm that had the contract to print stamps for the government – Butler & Carpenter of Philadelphia – came up with the idea of allowing firms to own their own 'private die.'"

Though the stamp shown at right in Figure 2 doesn't depict a historical scene, collectors learn more about U.S. history by reading the information about such stamps that is published. More information about U.S. revenues can be found in Friedberg's book, Introduction to United States Revenue Stamps.

What about other areas of learning? Geography plays a very important role in stamp collecting, as collectors learn more about where their stamps were issued.

Trends of Stamp Values, a weekly feature in Linn's, notes that more than 460 stamp-issuing entities are included in Trends.

When I look through the quarterly Trends index (last published in the Dec. 29, 1997, issue) I find many areas that I learned about through stamp collecting, and a few areas I'm still not familiar with.

Do you know anything about Funchal?

I'm sure that if you do, it's because you are a stamp collector.

According to the most recent Trends listing, Funchal was "an island district of Portugal, today called Madeira. It is an archipelago in the Atlantic Ocean approximately 500 miles west of Morocco."

Oh yes, the Trends listing provides a history of Funchal as well.

My own collecting interests of Denmark and Germany have taught me some interesting facts. I never knew anything about the Faeroe Islands until I began collecting the stamps of Denmark. It was then I found that this little island group north of Great Britain had been a Danish possession for 600 years.

The Faeroe Islands have issued stamps of their own since 1975. Shown at left in Figure 3 is Faeroe Islands Scott 8, which also shows the location of the islands in the North Atlantic.

Collecting these areas also taught me that in 1920 residents of the geographic area known as Schleswig decided for themselves whether to join Denmark to the north or Germany to the south. Stamps were issued in German denominations (see Schleswig Scott 10 in the center of Figure 3) and, later, in Danish denominations.

I also learned a few years ago that stamps were issued following World War II for the area known as Mecklenburg-Vorpommern (Western Pomerania). An example is Germany Scott 12N5, shown at right in Figure 3.

Part of my father's family originated in this area generations ago.

Collectors learn geographic information through the stamps themselves (as on the illustrated Faeroe Islands issue) or through research.

Stamps throughout the world teach collectors about a variety of other subjects. Art is a very popular stamp theme: three U.S. stamps shown in Figure 4 show three very different concepts of artwork, from Myron's Discobolus on the left, to Elzie Segar's Popeye (drawn by Bud Sagendorf) at right.

The center stamp, to be released later this year as part of the Four Centuries of American Art issue, shows Franz Kline's Mahoning. I don't know much about this piece right now, but I'm sure I'll learn more after the stamp is issued.

Collectors of topical stamps like these learn about subjects in almost every area. When I started looking at stamps showing zebras, I came upon Tanzania Scott 547, showing the quagga (Figure 5). This stamp also brought the sad news that this unusual creature became extinct in 1883.

Look at all that stamps teach us about sports, music, science, technology and more. The information is found on the stamps themselves and in the books, newspapers, journals and magazines that collectors read to learn more about their hobby.

It's a tremendous benefit we all enjoy simply by partaking of the wonderful hobby of stamp collecting.