Figure 3. U.S. stamps have often marked important events as they have happened. The second Byrd Antarctic expedition was celebrated in 1933 (top), and the first landing of man on the moon was featured on a 1969 stamp (bottom). 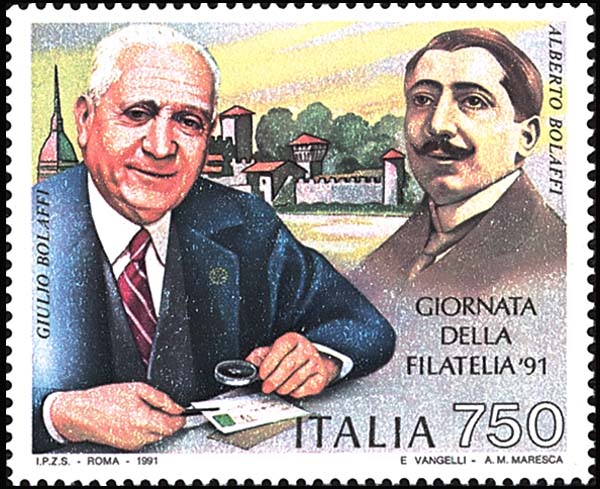 Figure 2. Events from American history, including the voyages of Columbus (top, on an 1893 issue) and the Berlin Airlift (bottom, a planned 1998 issue) are shown on stamps. 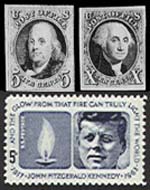 Figure 1. The first U.S. stamps showed American statesmen of the past: Benjamin Franklin (top left) and George Washington (top right). Stamps also serve to remember leaders who have recently passed away, such as the 1964 John Kennedy memorial issue (botto
Previous
Next

Mail was going through centuries ago without them. Letter writers simply folded their letters, addressed the outside of the page and paid a fee to mail them (or, mailed them and let the recipient pay).

The amount of the fee would be written on the folded letter in ink, and the letter might be marked "paid." And that was that.

Why go to the trouble of making stamps?

If you think about it, they are handy for prepaying the postage rate. You don't have to take each letter to the post office and wait to pay for mailing it. You can buy stamps, take them home, and have them handy for whenever the mood to mail something may strike.

And the postal clerk only has to wait on you once.

But stamps serve another purpose, and have since the first ones were created in 1840.

They tell a story.

In fact, they tell a lot of stories but, in particular, they tell the story of the country they represent.

The first adhesive postage stamp to represent a nation was issued by Great Britain. Appropriately enough, it bore the image of Queen Victoria, who had been crowned less than two years earlier and was only 20 years old when the stamp was issued.

Great Britain and many other countries continue to feature their rulers on postage stamps to this day.

In the United States, the first stamps were issued in 1847, and instead of picturing the president at that time (James K. Polk), it was decided to show the nation's first postmaster general and its first president, Benjamin Franklin and George Washington, respectively.

Those first two U.S. stamps are shown in Figure 1.

The decision to honor these two men established a precedent that has been followed now for more than 150 years: U.S. stamps would not be issued to honor living people but, rather, would speak of the country's history.

For the first few years, Franklin and Washington were the only stamp subjects that were created. Thomas Jefferson was honored in 1856, and a postage stamp for Abraham Lincoln was issued in 1866, one year after he was assassinated.

Thus began another tradition for U.S. postage stamps, and a sad one: to remember fallen presidents. A stamp was issued in 1964 for President John Kennedy (Figure 1, bottom) after he was killed the previous year.

But history is not just the story of individuals and presidents. It is made of events and scenes that need to be preserved, displayed and shared with the nation's citizens and the rest of the world.

With that in mind, the first U.S. commemorative stamps were issued in 1893. The 16-stamp set marked the 400th anniversary of the voyage of Christopher Columbus to America.

The larger commemorative format provided more space to show a historical scene, instead of the smaller stamp area that was used for the presidential portraits on definitive stamps.

Because they are placed on sale for a limited time and are printed in smaller quantities, commemorative stamps continue to be an excellent way to show events from America's past.

Later this year, the U.S. Postal Service plans to issue a new commemorative stamp to remember the Berlin Airlift, when U.S. military personnel flew supplies to the citizens of that ravaged city 50 years ago.

The preliminary design for the Berlin Airlift stamp is shown on the bottom in Figure 2.

If you think of the major events that have shaped this nation, most have been shown on U.S. commemorative stamps.

The landing of the Pilgrims was shown in 1920 on Scott 548-50. A few years later, several stamps told the story of the American Revolution, from the Battle of Lexington-Concord (Scott 617-19) to the surrender of Cornwallis at Yorktown (Scott 703).

U.S. stamps have not only reminded us of the history of the country, but have also chronicled its achievements as they happen. When Richard Evelyn Byrd conducted his second Antarctic expedition in 1933, a U.S. postage stamp was issued (Scott 733, Figure 3 top).

American armed forces battled for control of Iwo Jima in February and March 1945, and a stamp showing Marines raising the American flag on Mount Suribachi was issued just four months later on July 11.

Another July event 24 years later was trumpeted on a new stamp just weeks after it occurred: the landing of Americans on the moon was the subject of a United States airmail stamp, Scott C76 (shown on the bottom in Figure 3).

The last stamp to be issued in 1997 followed this celebratory pattern. The $3 Mars Pathfinder stamp released Dec. 10 marks the successful landing of the Mars probe on July 4 and the transmission of data from the planet's surface.

Many collectors are intrigued by U.S. stamps because they have presented images that recall the greatest achievements of the nation. Many of these achievements can be tied together with themes of exploration, fighting for freedom, and the conquest of space.

The country's natural beauty has also been the subject of many stamp issues. A 25¢ definitive stamp from the 1922 series shows Niagara Falls, an incredible spectacle that is shared with Canada (Figure 4, top). A set of National Parks stamps from 1934 included views of Yosemite, Yellowstone, Crater Lake, Mount Rainier and more.

The stamps of the United States should always represent the best of what the country is, what it has been, and what it can be. They should serve as a reminder to people who live there, on the daily mail and in stamp collections, and a source of pride to share with the rest of the world on cards and letters.

That has been one appeal of stamp collecting, and postage stamp use, from the very beginning.