What could be simpler than stamp collecting? 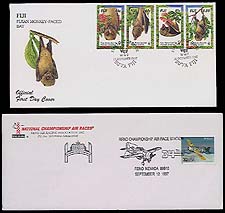 Figure 2. Topical stamp collecting examines the subject of the stamp rather than the country of issue, and groups together stamps that share similar design elements. The six different stamps shown here, for instance, all have horses as part of the stamp d

Figure 1. Some postage stamps are issued in a continuing series, such as these 1998 issues from the United States honoring folk musicians (left) and gospel singers (right). Both sets are part of the Legends of American Music commemorative stamp series. Cl
Previous
Next

Someone who isn't familiar with the hobby of stamp collecting might think there really can't be much to it.

You find stamps, and you collect them. Wowee.

The fact is that the stamp hobby offers so much variety and has so many different aspects that in a room filled with 50 collectors you are likely to find 50 different ways of collecting.

I'm soaking stamps from recent mail and mixture clippings, and you may be bidding on great rarities from world-famous auction houses.

Our hobby is a great conglomeration of elements that bring together all kinds of people with many different interests.

Those who do share similar interests often group together in specialized societies to exchange information, stamps and covers among themselves.

Collectors with varying interests regularly get together in local and national stamp clubs. They do this to learn more about the hobby from friends who all approach it from different points of view.

Following are just a few of the many ways we stamp collectors follow our interests and tailor our collections to suit us. Even within each category there are a great number of ways that collectors specialize and study the stamps and covers that are of particular interest to them.

Instead, they enjoy accumulating a tremendous variety of stamps and learning about the many exotic lands around the world.

Collecting stamps from every country is a daunting task, but for some collectors it's the only way to go.

Single country. One of the most popular ways to collect stamps is by choosing a single country. For example, if you live in the United States, your choice may be to collect only U.S. stamps.

Single-country collectors may decide to accumulate stamps that are mint (unused), postally used, or some combination of the two.

Choosing to collect stamps from one country or region helps provide a focus to the collection.

Often these two different types of stamps are issued in continuing series.

One example of a definitive series is the U.S. Great Americans stamps that began in 1980 with the issuance of the 19¢ Sequoyah stamp (Scott 1859) and has continued with more than 60 similar designs through the 32¢ Henry Luce and 32¢ Lila and DeWitt Wallace stamps issued earlier this year.

One current commemorative stamp series is the Legends of American Music, which began in 1993 with the 29¢ Elvis commemorative (Scott 2721) and includes this year's 32¢ Folk Musicians and 32¢ Gospel Singers stamps (shown in Figure 1).

Collectors who specialize in a single series often research different aspects of the stamps, including design histories, printing varieties, unusual usages and so on.

The six stamps shown in Figure 2 all show horses within the stamp design. These stamps could be used to start a topical collection of horses on stamps.

The collection could be further organized into different areas by showing horses in art, working horses, sporting horses and so on.

Covers. Before there were postage stamps, there were covers, which are envelopes, folded letters, postal cards or parcel wrappers that have been sent through the mail or that received postal markings.

Cover collecting may encompass as many different specialties as stamp collecting, including prestamp covers that have manuscript markings noting how much postage was paid; first-day covers (as shown at the top of Figure 3); event covers (as shown at the bottom of Figure 3); covers illustrating special services, such as Express Mail, certified mail, special delivery and so on; metered mail; local and regional postal history; and much more.

Many collectors add covers to their collections as a way to illustrate how a stamp properly served its intended function. Others may enjoy the topical aspects of covers, reflected in the design of the stamps, a special postmark, or a cachet (envelope design) or advertising message.

Postmarks and cancels. Another wide-ranging field is that of postmark collecting. There are collectors of machine cancels, handstamps, pictorial commemorative cancels (as shown on the event cover at the bottom of Figure 3), sprayed-on markings, and even pen cancels applied by mail carriers when they spot stamps that didn't get canceled by any other means.

When I started this column I knew that my list would fall far short of describing all the different ways collectors enjoy the stamp hobby, but I think I've given a listing that may show how extensive this hobby really is.

Thank goodness we don't have to collect all of these areas to be participants. We can find our own favorite niche, shape it however we like, and enjoy it for as long as we can.