Souvenir sheets come in all shapes and sizes

Figure 4. Souvenir sheets sometimes contain imperforate stamps. This 1946 United States issue may be used for 15¢ postage, or individual stamps may be cut from the pane. 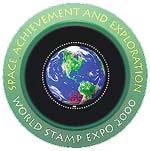 Figure 3. A round souvenir sheet from the United States is one of five that will be issued in July to commemorate World Stamp Expo 2000.

Figure 1. Is this the world's first souvenir sheet? Luxembourg Scott 151, a small pane containing just one stamp, was issued in 1923 to commemorate the birth of a princess.
Previous
Next

Postal authorities worldwide have issued souvenir sheets to commemorate any number of different special events, from royal births to major stamp exhibitions. Although the main purpose of any postage stamp is to show that postage fees have been paid, it often serves a second purpose: to commemorate a past event or a well-known place or person.

The designs of most commemorative stamps are developed with this aim in mind. Even a definitive (regular-issue) stamp, which generally remains on sale for a longer period, may show a past or present political ruler or some other prominent figure. Souvenir sheets take this commemoration one step further, by announcing or promoting a present-day event.

Definitions of what constitutes a souvenir sheet have varied considerably, causing some confusion within the stamp hobby. Because different postal authorities create different kinds of souvenir sheets, there are no set guidelines that define a souvenir sheet. Many souvenir sheets are small and contain relatively few stamps, sometimes as few as one. Such is the case for what is considered by some collectors to be the world's first souvenir sheet.

On Dec. 22, 1922, Princess Elisabeth of Luxembourg, the younger sister of that country's present ruler, Grand Duke Jean, was born. Just 12 days later, on Jan. 3, 1923, Luxembourg issued a special small sheet that contained a single green 10-franc stamp with perforations all around, and a wide border of margin paper. The souvenir sheet, Luxembourg Scott 151, is shown in Figure 1. There is no inscription in the margins, but the special sheet was prepared specifically upon the occasion of the royal birth.

In the Prifix 2000 catalog, published in Luxembourg, the Princess Elisabeth sheet is described as "der erste Block der Welt." In German stamp collecting terminology, "Block" often describes what is known in English as a souvenir sheet, so the description can be interpreted as "the first souvenir sheet in the world."

However, this was not the first small sheet issued to commemorate a royal event. Two years earlier, when Prince Jean was born, a sheet of five stamps depicting Grand Duchess Charlotte was issued by Luxembourg. The sheet containing these stamps is listed in the Scott Standard Postage Stamp Catalogue as Scott 125a. A sheet of 10 stamps issued even earlier honored the ascension of Grand Duke William IV to the throne in 1906. In the Scott catalog, this sheet is listed as Scott 82a, and is described in the Scott catalog as a "souvenir sheet."

Because these previous Luxembourgian issues exist, why is the Princess Elisabeth sheet considered to be the world's first souvenir sheet by the Prifix catalog? The catalog description doesn't really provide any clues. Perhaps the answer is because the Princess Elisabeth sheet bore only one stamp, which certainly was a novelty at the time. Or it may be because the stamp in the small sheet had never been issued previously.

Surprisingly, the Prifix catalog makes no special note of the two earlier commemorative panes. Unfortunately, it's all part of the confusion that surrounds the use of the term "souvenir sheet." Some collectors avoid the term altogether, choosing instead to use the terms "miniature sheet" or "sheetlet" to describe such smaller items.

A second pane of 25 was created with wide margins all around bearing the inscription, "INTERNATIONAL PHILATELIC EXHIBITION, OCT 16TH TO 23RD 1926," across the top of the pane and "NEW YORK N.Y. U.S.A." across the bottom. This second pane, the souvenir sheet shown here in Figure 2, was sold only at the stamp show announced in the inscription and through the Philatelic Agency then located in Washington, D.C.

Souvenir sheets are frequently issued to commemorate major stamp shows and exhibitions, making those issues all the more appealing to stamp collectors. In 1997 the United States Postal Service issued two souvenir sheets to commemorate the Pacific 97 world stamp exhibition in San Francisco, Calif. Each sheet contained 12 stamps: one with 50¢ Benjamin Franklin stamps, the other with 60¢ George Washington stamps (Scott 3139-40).

Each issue included a bold inscription across the top of the pane naming the show and the dates of its duration. The sheets were sold only during the 10-day run of the show, at the show and by mail order. After that time, most of the unsold stamps were destroyed by the Postal Service. The Scott Specialized Catalogue of United States Stamps and Covers does not list this issue as a souvenir sheet, however. Instead, the stamps are each described and listed as a "sheet of 12."

For World Stamp Expo 2000, taking place July 7-16 in Anaheim, Calif., the Postal Service created one mammoth issue of 15 high-value stamps. Although all 15 stamps can be obtained on a single uncut press sheet, the stamps will also be sold individually and in smaller groups as four souvenir sheets measuring 5 inches by 7.25 inches and a single round souvenir sheet measuring 3.65 inches in diameter. Figure 3 shows the round sheet. More information about the World Stamp Expo 2000 stamps appears here.

Most of the souvenir sheets issued by the United States to honor national and international philatelic exhibitions are clearly described in the Scott U.S. specialized catalog.

In some cases the stamps on these philatelic souvenir sheets are imperforate; that is, there are no perforations around the stamps to allow them to be removed from the souvenir sheet. An example is the 1947 Centenary International Philatelic Exhibition issue (948) shown in Figure 4. The souvenir sheet contained two stamps reproducing the designs of the 1847 first issue of the United States: the 5¢ Franklin and the 10¢ Washington. The entire souvenir sheet could be used for 15¢ postage, or mailers could, if they wished, cut the stamps from the sheet and use them individually to pay 5¢ or 10¢ postage.

Souvenir sheets have been issued to commemorate other national and worldwide events including the 25th anniversary of Walt Disney World (Canada Scott 1621b, issued in 1996) and a 1999 solar eclipse (Hungary Scott 3639). Some collectors look at souvenir sheets as a strategy by postal authorities to sell more stamps to collectors by creating an issue that appears to have some special significance.

A number of nations have regularly issued small single-stamp panes with high-value stamps as part of traditional stamp sets. Often these small panes do not mark any kind of event, yet many have also been labeled as souvenir sheets. As an example, in 1996 St. Vincent issued a small pane bearing one perforated $6 stamp as part of its Birds set.

Most major stamp catalogs provide descriptions that help the collector determine if the souvenir sheet has a commemorative purpose. As always, it's up to the collector to decide if any given issue is appropriate to include in his collection.