Some countries let the stamp tell the story

Figure 4. Sometimes stamps are simply created to carry the mail. The 55¢ stamp from the Netherlands at left has a very basic design. Elaborate stamps such as the $11.75 Earth hologram stamp at right are issued primarily for sale to collectors, but they are certainly valid for use on mail. Click on image to enlarge.

Figure 3. For many countries, stamps can show incredible wonders, natural or man-made. The 48¢ Niagara Falls stamp at left was issued by the United States in 1999. The 32¢ Empire State Building at right was released in 1998 as part of the 1930s Celebrate the Century set. Click on image to enlarge.

Figure 2. Postage stamps often show events of historic significance for the issuing country. The 6¢ U.S. stamp at left commemorated the Emancipation Proclamation, which freed slaves in America. Cuba marked the anniversary of its 1959 revolution with a 65-centavo stamp showing Fidel Castro. Click on image to enlarge. 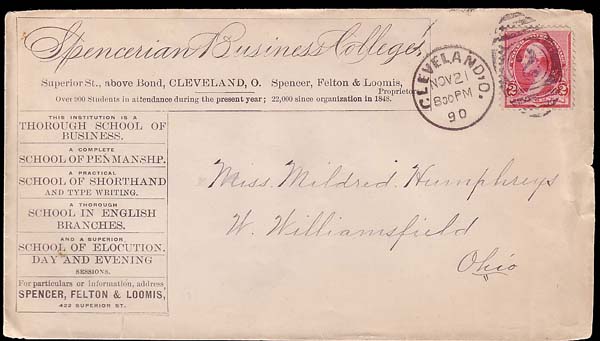 Figure 1. Stamps throughout history have often returned to themes of national pride. At left is the 1853 25-centime issue of France depicting emperor Napoleon III. The flag of the United States appears on many stamps, including the 1993 29¢ Pledge of Allegiance issue. At right, the arms of Denmark make up the central design of the 20-ore issue of 1884. Click on image to enlarge.
Previous
Next

You can tell a lot about a country from its stamps. Almost every country in the world has used its postage stamps to tell its history, to boast about its natural beauty, to honor its rulers and heroes, and to celebrate its proudest moments.

When the first postage stamps were issued in 1840, no rules had been established: Great Britain set a precedent when it decided to show its young Queen Victoria on the stamp now known as the Penny Black.

Brazil followed in 1843 with a set of three stamps that simply showed the face value of the stamp in a large oval: 30 reis, 60r or 90r.

The United States came next in 1847 and went back to showing honored leaders, but it picked two from the past, Benjamin Franklin and George Washington, rather than the sitting president, James K. Polk.

Belgium's 1849 issue showed its ruler, King Leopold I, while Austria's 1850 stamps pictured the double-headed eagle in that country's coat of arms.

When the citizens of El Salvador went to the post office in May 1867 for a look at their first postage stamps, they found them decorated with the image of the San Miguel volcano. If this depiction was intended to appease the volcano it didn't work: records show San Miguel erupted barely six months later.

In any case, national symbols have often been a popular image on national postage stamps. Figure 1 shows three ways this is accomplished: by showing a past or present ruler, as France did in 1853 when it featured its emperor Napoleon III on the 25-centime regular issue (left); by depicting the flag, an image used with remarkable frequency of late by the United States (center, from 1993); or by incorporating some other national symbol, such as the arms of Denmark on its 20-ore stamp of 1884 (right).

Such symbolization is sometimes used as an effort to unify the people, but it often serves to help identify the issuing country as well.

Great Britain, you may know, doesn't even put its name on any of its postage stamps, but it is really the only country that can get away with it. Instead, the British make it a habit to include an image of their ruler, which since the 1950s has been Queen Elizabeth II, on every single stamp the country issues.

The general belief is that the British are exempted from having their name printed on their stamps because they were the first to come up with the idea of adhesive postage.

Depicting national leaders on stamps is well and good, but after a few years most postal administrators figured out that there were other things going on in their world that would do nicely as postage stamp subjects.

The first time the United States moved away from honoring dead statesmen on its stamps was in 1869 when it created a set of 10 that included several pictorial designs. Three of the values pictured Ben Franklin, George Washington and Abraham Lincoln, respectively, but other stamps in the set showed a pony express rider, a locomotive and the steamship S.S. Adriatic.

Also featured were elaborate images of the landing of Columbus and the signing of the Declaration of Independence. These two historic events are very typical of another familiar use of postage stamps: to commemorate great episodes in a country's history.

To some degree, one can consider this a type of propaganda, which doesn't mean to say it is a bad thing. Propaganda, after all, can simply be an effort to spread certain ideas and information, either good or bad.

Figure 2 shows two different stamps that feature important historic events. At left is a 5¢ stamp issued by the United States in 1963 to mark 100 years since the publication of Abraham Lincoln's Emancipation Proclamation, which declared freedom for all who had been held in slavery.

At right in Figure 2 is a 1999 stamp from Cuba picturing president Fidel Castro to mark the 40th anniversary of the 1959 Cuban revolution.

For each country, the event commemorated is among the most significant in its history. By featuring the event on a postage stamp, the country thereby promotes the importance of the event to its own citizens and to the people of the world.

This type of historic remembrance extends to almost every imaginable event, from the American revolution (depicted on numerous United States stamps in great detail during the bicentennial era of the mid-1970s), to the creation of the motion picture Titanic (an event commemorated for all time on a 33¢ stamp from the 1990s Celebrate the Century set issued by the United States in May).

As we've already seen, the world's many leaders, from the revered to the reviled, have always been a part of this historic parade. Some stamp collectors refuse to save stamps showing men whose actions have caused human anguish.

Others take great pleasure in collecting stamps that depict the men and women they consider heroes. Sometimes this fame is found only in the eyes of their own countrymen. The greatness of other individuals may be recognized around the world.

The use of postage stamps to show national pride can extend in many directions. The wonders of nature can always make an attractive stamp, whether the subject is a native bird, animal, flower or landscape.

Some countries may be a little more fortunate in the area of natural wonders, and so it is that the United States can show with great pride the renowned Niagara Falls on a 48¢ stamp issued in 1999. The fact that the stamp pays for an international postage rate is purely intentional, for it allows the U.S. mailer to share the beauty of the falls with people from other lands.

The 48¢ Niagara Falls stamp, shown at left in Figure 3, in effect conveys an invitation to come and visit. Right next to it in Figure 3 is another U.S. wonder, this time constructed by man. The 32¢ Empire State Building stamp pictures the edifice that soared above all others when its construction was completed in 1931. This stamp was issued as part of the 1930s Celebrate the Century set released in 1998.

Stamp designs range from the bare simplicity of the 55¢ Numeral stamp of 1976 from the Netherlands, shown at left in Figure 4, to the elaborateness of the $11.75 round hologram Earth stamp issued in July by the United States, shown at right in Figure 4.

Many nations issue a number of very attractive stamps every year, and some collectors must struggle with deciding which will be added to their collections and which will not.

It seems appropriate that a stamp should at least represent these two things: payment made for the delivery of mail and some essence of the country that issues it.

For many collectors, the beauty of a stamp is as much the work that it might do as it is the design that it displays. Stamp collections are as varied as the stamps that are created and issued worldwide every single day. It's up to the collector to decide which of these many stamps are appropriate representatives of the country or countries he collects.