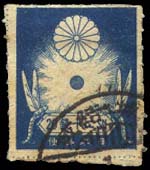 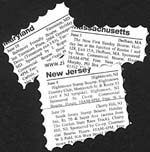 Figure 1. Classified ads for bourses, which differ from stamp exhibitions in having dealers but no exhibits.
Previous
Next

Herbs and spices aren't required for nutrition, but they add flavor and zest to foods. In primarily English-speaking countries, words from other languages are sprinkled throughout the language of the stamp hobby. They not only add interest but also serve important functions.

The foreign words may describe or express something that has no simple equivalent in the English language. One or two French or Italian words can convey a concept that would require several sentences to express in English.

For country names and monetary units, collectors need the help of a stamp identifier, which may be a book in itself (such as Linn's Stamp Identifier) or a section in a catalog or other handbook. This column does not cover country names or monetary units. Instead, it deals with some of the common foreign descriptive words likely to be encountered in the pages of Linn's and elsewhere within the stamp hobby.

After the first adhesive postage stamp was issued in England in May 1840, stamp collecting as a hobby exploded, not only in England but also in continental Europe, especially in France. Many 19th-century French terms for various aspects of the hobby were adopted by English speakers and continue in use to the present day.

Bourse (rhymes with course) is a word you will see in stamp-event calendars and ads, such as those shown in Figure 1. The French word dating from the 16th century derives from medieval Latin for purse. It is used in Europe to refer to a stock exchange, evolving from the idea of participants carrying their purse or moneybag to engage in commerce.

A stamp bourse differs from a stamp show or a stamp exhibition. It usually does not have the competitive exhibits or meetings or educational offerings that are part of an exhibition. A bourse is a gathering of dealers selling their items at tables or booths. And, it is still a good idea for attendees to bring a bag of money.

Cachet (ka-SHAY) is another French word, this time from the 17th century. It is based on a verb meaning "to seal up." A cachet in French refers to a seal or other indication of approval or prestige. In stamp-collecting parlance, cachet refers to a design or inscription added as a decoration to an envelope (cover), a piece of postal stationery or a postal card.

The cachet design may be printed, painted or drawn, or it may be a label or a marking made by a rubber stamp. The cachet may relate to the postage stamp on the item or to the event that is being commemorated. The 22¢ American Folk Art first-day cover by Artcraft shown in Figure 2 bears a printed cachet relating to the theme of the stamps, which were issued in 1986.

Cliche (klee-SHAY) is a French word commonly used in English to describe something as hackneyed or trite. In stamp collecting, however, its meaning derives from the word's origins in the printing industry and refers to a printing stereotype or electrotype. Cliche is a relatively new word, dating back only to the 1890s when electrotyping was developed. Electrotyping is a process of making duplicate metal plates for letterpress printing by electroplating a lead or plastic mold of the original plate.

A cliche is one unit of the whole that made up a complete printing plate or one unit of an assembly used to create a printing plate. A modern printing plate is one piece, and the individual parts of it are known as subjects rather than cliches. Error collectors see references to cliches, because errors can occur from mistakes on a cliche or if a cliche of one stamp design was accidentally introduced into a plate of a different design.

The French term etiquette means a label that indicates contents, price or owner of the item to which it is attached. It literally means "ticket," but its stamp-hobby meaning is a label that designates a specific mail service. The most common postal etiquettes are for airmail and registry.

Indicia (in-DEE-she-uh) is the plural form of a Latin word via 17th-century French that means identifying marks, signs or indications. The singular is "indicium," but the philatelic term is always "indicia." It refers not to stamps but to the imprinted marking that takes the place of an adhesive postage stamp on postal stationery or to postal meter impressions.

An Ethiopian 30¢ Tesissat Falls and Abai River postal stationery airletter is shown in Figure 3. The indicium is the stamplike imprint in the upper-left corner.

Intaglio (in-TAL-yo) is an Italian word that derives from a Latin word meaning to cut or to incise. Incision is an accurate description of the process of engraving. In intaglio printing, also known as line engraving, the image is engraved or incised into a plate so the image is below the surface. The plate is inked, then wiped clean so that the ink remains in the sunken areas and thus transfers to the paper only from the incised image. Intaglio printing results in raised surfaces of ink, so the lines of engraving can be felt by lightly brushing a fingernail or fingertip across the printed surface of the stamp.

Paquebot, (pak-ay-BO) yet another French word, refers to a boat, a liner or a steamer. Paquebot refers both to a mail-carrying boat and to the postal markings on ship-carried mail. Such markings include the actual word, paquebot, packet letter, paquete ship letter or something similar.

Philately (fuh-LAT-l-ee) is another word for the stamp hobby, which encompasses the idea of postage stamps, postal markings, covers and cinderellas (stamplike labels). The term, devised by stamp dealer Arthur Maury, was published in his September 1864 journal, Le Collectionneur de Timbres-Poste (The Postage-Stamp Collector).

Maury formed his new word, philatelie, from two Greek words signifying, he said, "the love of the study of everything that is related to being prepaid." Maury felt the need for a new name for the hobby because it was being mocked at the time as timbre-manie, meaning stamp madness.

Roulette has ancient origins in the Latin word for wheel, hence the name for the famous gambling game involving a small ball and a large wheel used to extract large sums of money from persons gathered around them. Roulette is a diminutive form, so it means small wheel. It's also the name of a type of pastry cutter.

In this sense, it is easier to understand its meaning in relation to stamps, because rouletted stamps are separated by tiny slits or wavy lines or dashes instead of by holes. The stamps are separated by tearing along the roulettes. Perforations involve removing paper by punching holes. Rouletting slits the paper without removing any of it. Figure 4 shows a 1923 Japanese 20-sen deep blue Sun and Dragonflies stamp, Scott 187. It was issued imperforate and was privately and crudely rouletted so that it did not separate cleanly.

Se-tenant (seh-TE-nent) is French for "held together" or "holding one another." Its stamp-collecting meaning refers to two or more stamps that are joined together but have different designs, denominations, colors or other nonidentical qualities. This may sound unusual but is actually not an uncommon practice in stamp production.

The block of four 22¢ American Folk Art stamps (U.S. Scott 2243a) on the Figure 2 cover is one of many U.S. se-tenant issues. An example of a se-tenant pair of stamps of different denominations and different colors, the 1934 Germany 5-pfennig green and 8pf deep orange President von Hindenburg definitive stamps from a booklet pane, is illustrated in Figure 5 (Scott 418 and 420). The se-tenant pair of 1971 U.S. 8¢ black, yellow and red Space Achievement Decade stamps, Scott 1435b, shown in Figure 6, combine to form an overall design.

Tete-beche (tet-BESH) usually is translated from the French as head to tail, but it derives from the modern French word for head and an obsolete French word that also refers to head, so head to head would be a literal rendering.

Tete-beche stamps are inverted in relation to one another, either vertically or horizontally. A horizontal tete-beche pair of France's 1860 80-centime rose on pinkish paper Napoleon III imperforate stamps France Scott 20a is shown in Figure 7.

Most tete-beche stamps were printed purposely, but some resulted from error by the misplacement of cliches in the electrotype plates. Examples of tete-beche stamps can be found almost from the beginning of adhesive stamp production, but they exist to the present.

Every hobby has its own special language. Stamp collecting's language happens to contain many foreign words. Understanding and using the foreign terms is an important part of our hobby. They remind us of the international origins of stamp collecting and add a little extra flavor to our enjoyment of it.