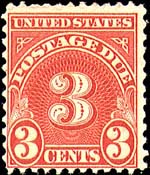 Figure 5. A United States postage due stamp. Such stamps were applied to mail by the post office to indicate that additional postage was collected from the recipient.

Figure 4. Shown here is a 1940 commemorative stamp from New Zealand that was surcharged in 1944. 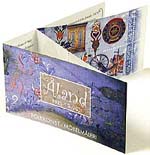 Figure 1. This large canceled-to-order souvenir sheet also is a pane of four se-tenant stamps with water-activated gum.
Previous
Next

New collectors entering the world of philately — the study and collecting of stamps and postal-related items — are usually overwhelmed by the seemingly endless terminology bantered about among collectors.

Auction catalogs, society journals and commercial stamp-hobby publications such as Linn's are filled with terms that seem to be from some bizarre foreign language. This Refresher Course column will be a lesson in basic stamp-specific terms. Other terminology related to stamp production, covers (used envelopes) and collecting will be addressed in future columns.

First, a stamp is an officially issued postage label, usually with adhesive, used to indicate that payment has been made for mail service. A stamp's basic features include the vignette, or central design; a frame, the outer portion of the design; a denomination, the face value of the stamp; perforations (the holes around the outside) or die cuts (complete mechanical separation of the stamps); and moisture-activated (lick-and-stick) or pressure-sensitive gum.

Nondenominated stamps do not have a numerical inscription designating value.

Stamps may be found mint, unused, used or canceled-to-order. Mint stamps are those in the same condition as when they were originally issued by the post office. They are unused, undamaged with full original gum, if issued with gum. Unused stamps are similar to mint ones, but the gum is disturbed, usually by a hinge mark or remnant.

CTO stamps can be distinguished from genuinely used stamps because they usually still have full adhesive (gum). The item shown in Figure 1 is canceled-to-order. This item is a souvenir sheet, which is a pane of stamps often issued to commemorate some event. Souvenir sheets usually have marginal markings noting the event being commemorated.

Stamps are also available as singles or multiples, which are pairs, strips, blocks, panes, sheets, booklets or coils. A pair is two unseparated stamps. Strips are three or more unseparated stamps in a single row. A block is a unit of usually four or more stamps, at least two vertically or two horizontally. It may have a different number of stamps in each row.

A pane is a full unit as sold by the post office, what postal customers often refer to as a "sheet of stamps." A sheet, or press sheet, is the larger unit as it comes off the press, before they are cut into panes. A web is the long roll of stamp paper as it moves through a rotary press.

A booklet is one or more small panes of stamps (known as a booklet pane) often fastened within a thin card cover. Figure 2 shows a booklet from Aland.

Multiples of stamps may have the same design, or they may be se-tenant, meaning they are attached different designs, colors or denominations. The stamps in the Figure 1 pane are se-tenant, as are the stamps shown in Figure 2.

Coils are stamps that are processed into a single row and sold in rolls. United States coils have two parallel straight edges and two parallel perforated edges. The stamps shown in the middle and right of Figure 3 are coil stamps from the U.S. Americana series. The stamp on the left is from a pane.

A series is a set of stamps, sharing common design elements or a common theme. It is issued over a period of time and collected as a unit. The Americana series was issued from 1975 to 1981 and includes 24 designs.

Stamps may be classified into different categories. Definitive stamps are issued in large indefinite quantities for an indefinite period of time, often several years. They are generally small in size and are most commonly seen on everyday mail. The Americana series stamps are definitives.

Commemorative stamps are printed in limited quantities, usually defined before issue, and are available for a limited period. In the United States, this is usually one year. Commemoratives are generally larger than definitives, and the designs usually honor some anniversary or event.

The stamp shown in Figure 4 is a commemorative. It was originally issued as part of a set to honor the 100th anniversary of British sovereignty established by the treaty of Waitangi. This particular stamp was overprinted, or surcharged, in 1944. An overprint is printing over the original stamp. An overprint that changes the original value is called a surcharge.

Special stamps are regular stamps that fall outside the strict definitions of definitives or commemoratives. They are printed in substantially larger quantities than commemorative stamps, often returning to press for additional printings. They are usually larger than definitives and may commemorate some kind of event. In the United States, Christmas, Hanukkah and other holiday stamps are special stamps as are the popular Love stamps.

Back-of-the-book, or BOB stamps, are called so because they are usually listed in catalogs after the regular postage section. BOB issues include airmails, postage dues, semipostals, Officials, newspaper stamps and revenues. Airmail stamps are issued in the proper denomination to satisfy an airmail rate. Airmail stamps may be used, however, as ordinary postage.

A U.S. postage due stamp is shown in Figure 5. Postage dues were applied to mail to indicate that the recipient paid additional postage. Semipostal stamps are sold by the post office at a price higher than the postage value. The additional money collected is usually dedicated to a specific charity. Semipostals can usually be recognized by the presence of two values on the face of the stamp separated by a "+" sign.

Official stamps are issued solely for the use of specific government departments and officials. In many countries, mint Official stamps are available to collectors. Newspaper stamps were issued specifically to pay the mailing rates for bulk shipments of newspapers, periodicals and printed matter. In the United States, such stamps were discontinued in 1898. Revenue stamps may appear similar to postage stamps, but they usually are not valid for postage. They were used to pay taxes on documents and proprietary articles, such as playing cards.

Duck stamps, a type of revenue stamp, are more correctly called migratory bird hunting and conservation stamps. These are also not valid for postage, but they are popular among stamp collectors. U.S. federal duck stamps were first issued by the Department of Agriculture, and later by the Department of the Interior, to be applied to hunting licenses, indicating payment of hunting fees. Used examples of duck stamps are canceled with a signature, except for the first, which was issued in 1934.

Revenue stamps and similar items not valid for postage may also be referred to as cinderellas. Cinderellas are stamplike labels that are not postage stamps. These include seals, counterfeits, perforated labels, along with many revenue stamps and local post issues. Local post issues, or locals, were valid only within a limited area or a limited postal system. Locals were produced both privately and officially.

A counterfeit is created for deception or imitation, intended to be accepted as genuine. It is designed to deceive postal authorities. In contrast, a fake stamp is one that has been altered or manufactured to appeal to collectors.

In a broad sense, fakes include repairs, reperforations (altered or faked perforations) and regummed stamps (on which adhesive has been applied to the back to make a stamp appear to have full, undisturbed gum). Fakes may also include genuine stamps with fake cancels. These are sometimes created when a stamp used within its period of issue is more valuable than the mint version of the stamp.