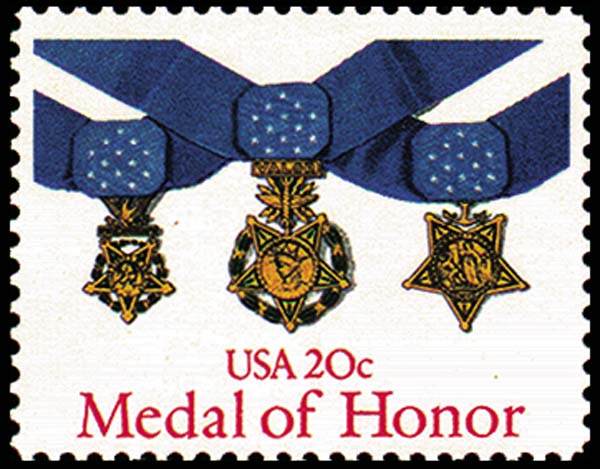 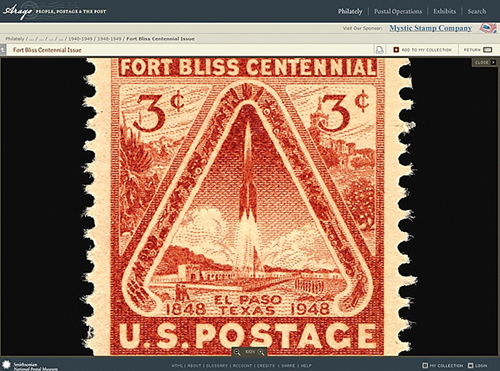 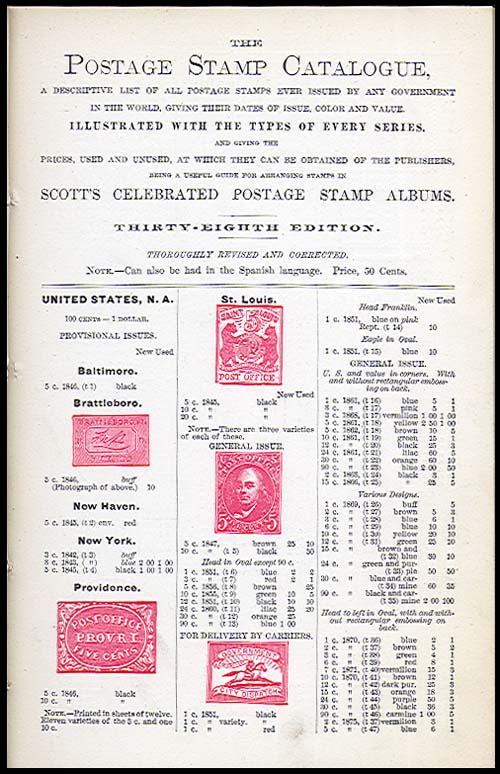 Figure 2. Page from an early Scott catalog before numbers were assigned. Click on image to enlarge. 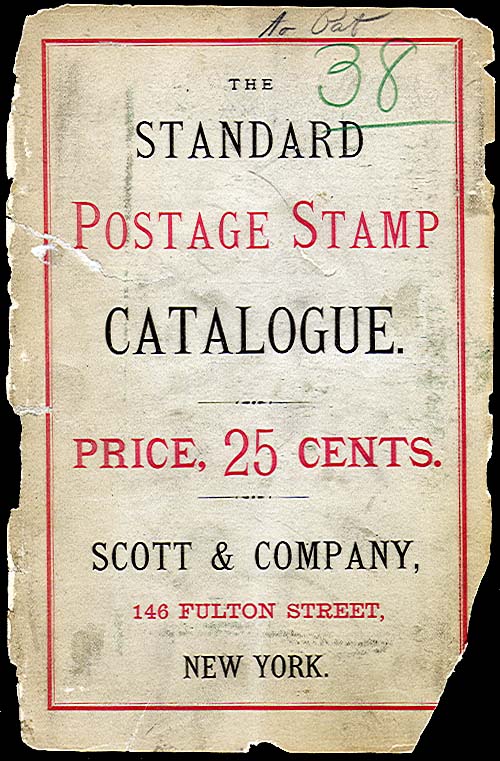 Figure 1. Title page of the 38th edition of Scott's Standard Postage Stamp Catalogue published in 1879. Click on image to enlarge.
Previous
Next

The stamp collector's most basic tool is a stamp catalog. Indeed, ownership of or ready access to a catalog may be the dividing line between the tens of thousands of stamp collectors in the United States and the purported millions of stamp accumulators.

You can buy stamps at the post office or from dealers. You can clip them from the covers you receive in the mail. You can arrange them artistically on notebook paper. But without a catalog, you will never be more than just an accumulator, because you lack the basic tool to become a collector.

The two basic functions of a catalog are to enable the identification and valuation of your stamps. Armed with this tool you move from the lowly larval accumulator stage to a full-fledged, dewy-winged stamp collector.

The great majority of stamp collectors in the United States collect U.S. stamps. There are a number of U.S. stamp catalogs from which to choose.

In the beginning there was John Walter Scott. Scott was an English immigrant who published his first monthly stamp price list in New York City in 1867.

At first, Scott's publications were simply lists of stamps he was offering for sale. His lists gradually evolved into a catalog that numbered and listed all stamps known to exist, not just the ones he had for sale.

The title page from the 1879 38th edition of the Scott Standard Postage Stamp Catalogue is shown in Figure 1. This is the oldest edition of the Scott catalog in Linn's library. This direct ancestor of the present-day Scott standard catalog series covered the world, including revenues, locals and postal stationery in 52 pages.

It differs from today's Scott catalogs in that stamps could actually be ordered from the Scott company at the prices shown. In 1879, Scott prices were retail values. The firm would actually sell you the stamps for the prices listed.

When it comes to catalog values listed in Scott or any other catalog, collectors must understand that condition and demand are crucial. Collectors who do not read and heed "Information on Catalogue Values, Grade and Condition" in the introduction to the Scott catalogs will come to grief.

Dealers usually base what they will pay for stamps for their inventory on a percentage of catalog value. Collectors who think that dealers should pay them something near catalog value for their common stamps are in for a sad awakening.

Dealers must be able to make a profit in order to stay in business. Common stamps, if a dealer is willing to buy them at all, usually don't rate even a percentage of catalog value. They are bought and sold in bulk.

Today, the vast majority of collectors in the United States still use one of several versions of the Scott catalog as the standard reference for identifying and valuing U.S. postage stamps. The Scott Standard Postage Stamp Catalogue continues J.W. Scott's practice of listing U.S. stamps first, followed by the rest of the world in alphabetical order. Therefore, the United States is always in the first Scott volume.

Some catalog systems list all postage stamps in chronological order, but the Scott system groups the stamps according to the postal duty or function they are intended to provide. Postmasters' provisionals are listed first, followed by stamps issued for regular postage. Other types of stamps are often referred to as "back-of-the-book" because they are listed separately after the regular postage stamps.

Stamps are identified by year issued, denomination design, color, watermark and perforation. Every stamp design is shown in black and white. Magnified portions of stamp designs are shown for look-alike varieties. Stamps are valued mint and used.

The U.S. portion of the Scott standard catalog is available in CD-ROM format with the added attraction that most illustrations are in color.

Scott also publishes the U.S Pocket Stamp Catalogue. This is a less-detailed version of the same information in the Scott standard catalog. It does not list postal stationery. Its advantages are low cost, portability and color illustrations.

For U.S. stamps, the definitive version of the Scott catalog is the Specialized Catalogue of United States Stamps and Covers. First issued in 1922, the Scott U.S. specialized catalog lists and values some formats not contained in the Scott standard catalog, such as plate number blocks, coil plate number strips, full panes and uncut press sheets. It also gives additional pricing information on earlier stamps, such as on cover, with various cancels, color varieties, blocks-of-four, margin blocks-of-four and plate number strips.

Some collectors get their U.S. stamp information directly from the source. The Postal Service Guide to U.S. Stamps is produced by the United States Postal Service. It is pictured in Figure 4, bottom left. The Postal Service catalog is not an independent production. Through an agreement with Amos Press (owner of Scott and Linn's), it uses the Scott numbering system, Scott value information and Scott images for many of the stamps, particularly for older issues and for details of stamp designs.

Advantages of the Postal Service Guide to U.S. Stamps include slick paper, color illustrations and a lower list price than the Scott standard or U.S. specialized catalogs. Its main disadvantages are that its printing format won't let it lie flat when opened and it does not include revenue stamps or stamps of the U.S. possessions.

Another catalog possibility for collectors of U.S. stamps is the Brookman Price Guide, shown in Figure 4, top left. It is published by Brookman/Barrett & Worthen of Bedford, N.H. Like the Postal Service Guide to U.S. Stamps, it also uses the Scott numbering system through licensing with Amos Press. Unlike the USPS guide, its pricing is independent of Scott catalog values.

Brookman can be used for stamp identification, but, in a world where many dealers and collectors buy and sell on a percentage of Scott value, its pricing information might be a handicap, unless you are buying your stamps primarily from Brookman.

Many schoolboy collectors of the 1950s and 1960s began their love of stamps with the H.E. Harris & Co. US/BNA Catalog, shown in Figure 4, top right. The Harris catalog was an affordable alternative when Scott products seemed beyond the reach of a stamp collecting budget dependent on mowing lawns and sacking groceries. Spiralbound and oversize in its present incarnation, it is less expensive than Scott, the USPS Guide and Brookman.

The Harris US/BNA lists and prices all U.S. postage stamps as well as postal stationery, revenue stamps, state and federal hunting permit stamps and U.S. possessions. The Harris catalog uses the Scott numbering system through a licensing agreement with Amos Press. You can order the stamps at the prices listed from H.E. Harris & Co.

A bonus is Harris' "Comprehensive U.S. Stamp Identifier." A drawback is that Harris' valuation is independent of Scott, leaving you in the dark about pricing unless you are buying your stamps exclusively from Harris.

The most economical U.S. stamp catalog is Mystic's U.S. Stamp Catalog, shown in Figure 4, bottom right. It is free for the asking from Mystic Stamp Co. For a stamp collector on a tight budget, you can't do much better than free. Mystic's catalog (really a price list) is in magazine format on glossy paper with stamp designs illustrated in color. The Scott numbering system is used, and the stamps are sold at the prices listed.

Only U.S. postage stamps and federal duck stamps are listed, but the catalog provides ample background on the stamps. A drawback is that it lacks extensive aids to distinguish between look-alike stamps.

The Krause-Minkus Standard Catalog of U.S. Stamps, shown in Figure 4, top middle, is a distant second as a rival of the Scott U.S. specialized catalog. Krause-Minkus came about when hobby publisher Krause bought the moribund Minkus catalog and album line.

The major drawback is that Krause-Minkus uses its own numbering and valuing system. Operating with the Krause-Minkus catalog in a market dominated by Scott is like staying in a hotel where everyone else speaks only Romanian, although Krause offers a number cross reference.

A U.S. stamp catalog exists for virtually every need and budget. When you buy a new one, give your old one to a stamp accumulator and help him make the transition to stamp collector.