The CIS is not the USSR with a new name 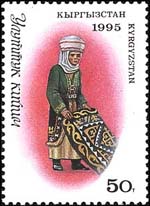 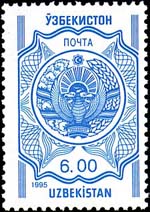 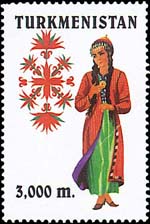 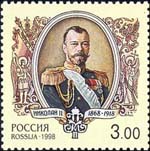 When the Union of Soviet Socialist Republics collapsed following a failed conservative putsch in 1991, stamp collectors were as surprised as everyone else.

While many collectors might not have particularly cared for the Soviet Union, its politics, its culture or its postage stamps, they had grown accustomed to it.

To have it suddenly gone was akin to losing the ache from an old wound or the unexpected cessation of familiar background noise.

Many people incorrectly assumed that the USSR would be replaced by the Commonwealth of Independent States.

On Dec. 21, 1991, representatives of 11 former Soviet Republics met and proclaimed that the USSR was dissolved and that their republics were sovereign and independent. When Mikhail Gorbachev resigned on Dec. 26, 1991, he had already been a man without a country for five days.

At their Dec. 21 meeting, the independent republics also founded the Commonwealth of Independent States.

Most western observers seemed more impressed by the founding of the CIS, whatever it was, than they were in the member nations' declarations that they were fully sovereign and independent.

Most significantly for stamp collectors, the CIS has never issued a single postage stamp or delivered a single piece of mail.

The CIS's nonexistence as a postal entity notwithstanding, New Century Publishing issued a stamp catalog, Commonwealth of Independent States Handbook, in 1995.

This fascinating but inappropriately titled book has absolutely nothing to do with the CIS. It is actually a compendium of local issues and propaganda labels for autonomous republics, regions, oblasts and cities of Russia and Ukraine along with a few early issues of the independent states.

Few of the listings are real stamps that saw postal duty. Most are either propaganda labels or unofficial creations made for the stamp market.

Remnants of the expectation that the CIS was a replacement for the USSR are still found in the short historical country backgrounds given in the Scott catalogs before the stamp listings.

The Scott listing for Ukraine is the only one for any CIS member state which does not mention the CIS.

For the other 10 countries, the entry reads, "With the breakup of the Soviet Union on Dec. 26, 1991 (sic), eleven former Soviet Republics established the Commonwealth of Independent States." There is a slightly different entry for Georgia, the 12th republic that joined the CIS Dec. 9, 1993.

The states of the CIS break down readily into smaller categories based on ethnicity, language or geography.

The Slavic big three, Russia, Ukraine and Belarus, dwarf the others in land area and population.

The Russian Federation includes 21 non-Russian autonomous republics. Gaudy topical stamps have been issued bearing the names of most if not all of these republics, but they are without postal validity.

Ukrainian is a Slavic language closely related to Russian, but the Ukrainians are emphatically not Russians. The Ukrainians are fiercely independent and keep a wary eye open to ensure that Russia does not begin to view the CIS as a revival of the USSR.

A Ukrainian 15-karbovanets Easter stamp, Scott 169, is shown in Figure 2.

The Belarussians, also known as Little Russians or White Russians, are also Slavic, but they are much closer to the Russians in history, culture and temperament.

The current leadership of Belarus are old conservative communists who would like to revive the USSR. They've sought closer ties to Russia with that purpose in mind.

The Transcaucasian republics — ethnically, culturally and linguistically diverse — are united by geography.

The Armenians are Indo-European and Christian.

Armenia fought an undeclared war with fellow CIS member Azerbaijan over the Armenian-populated province of Nagorno-Karabakh until a cease-fire was signed in 1994. Armenia continues to occupy the province, which issues its own stamps, although they are not Scott-listed.

An Armenian 250-dram stamp memorializing Diana, the Princess of Wales, who was one-sixty-fourth Armenian, Scott 571, is shown in Figure 4.

The people of Azerbaijan, which has been largely inactive in the CIS, are Sunni Muslims and speak a Turkic language called Azeri. There are nearly as many Azeris in nearby Iran as there are in Azerbaijan.

A 500-manat Azerbaijani stamp commemorating John Lennon, who evidently had no Azeri ancestry, is shown in Figure 5.

The people of Georgia, the third Transcaucasian Republic, are Christian and speak a Kartvelian language.

Georgia has been wracked by civil war as the autonomous region of Abkhazia has been fighting for independence for a number of years.

A lot of stamps have been issued for Abkhazia, but they are not Scott-listed and most are obviously spurious.

After joining the CIS, Georgia sought a mutual defense pact with Russia to gain assistance in the war with Abkhazi separatists.

An 80-tetri stamp commemorating Georgia's 80th Anniversary of Independence, issued in 1998, Scott 187, is shown in Figure 6.

Five of the CIS member nations located in Central Asia and having predominantly Muslim populations who speak Turkic languages are sometimes referred to collectively as the Stans.

Kazakhstan was the Cape Canaveral of the Soviet space program, and the country is still closely associated with the Russian space program.

Kyrgyzstan is an agricultural country raising tobacco, cotton and potatoes.

A 50-tyiyn stamp depicting a Kyrghyzi National Costume, Scott 61, is shown in Figure 8.

Tajikistan is the poorest of the CIS republics. It is dependent on cotton farming and some mining for its economy.

From 1992 until 1997 Tajikistan was embroiled in a civil war between secularist and Islamic factions. Iran and Russia brokered a peace settlement in 1997 that seems to be holding.

Because of the civil war and its impoverished economy, Tajikistan has sought stability through deeper involvement with the CIS.

An indigenous wildcat, the octocolobus manul is shown on the 100-ruble stamp pictured in Figure 9, Scott 92.

Large gas and oil reserves have led Turkmenistan to seek economic independence. Its membership and involvement with the CIS are nominal.

A 3,000-manat stamp picturing a woman in traditional costume, Scott 69, is shown in Figure 10.

Uzbekistan is an ecological disaster area. Intense fertilizing and irrigation of marginal land poisoned the soil and nearly dried up the Aral Sea.

Moldova, whose membership in the CIS has been purely nominal, is the odd man out in the CIS.

Russia acquired Moldavia, a Romanian populated province, in 1812 and renamed it Bessarabia.

Romania annexed Bessarabia in 1918 from the disintegrating Russian Empire.

The Soviet Union seized Bessarabia from Romania in June 1940 and attached territory east of the Dniester River to it to create the Moldavian SSR, the predecessor of independent Moldova.

Many stamps, most of them spurious and none of them Scott-listed, have been issued for Transnistria, which has been in a state of revolt against Moldova.

Moldova is likely to seek reunion with Romania at some point in the future.

A Moldovan 90-bani stamp commemorating the 80th anniversary of Romania's annexation of Bessarabia, Scott 297, is shown in Figure 12.

The 12 member nations of the CIS are all members of the Universal Postal Union.

For the most part, they have moderate stamp-issuing policies and produce stamps that are relative to their respective nation's history and culture.

Scott Publishing Co. produces and sells separate stamp albums for all 12 republics, and it sells hingeless Schaubek albums for each of them.

Krause-Minkus, still locked in a Russian Empire mindset, markets its stamp albums for these interesting republics as a unit under the name Russian Independent States.