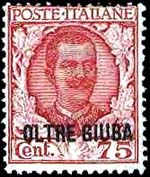 These five stamps were issued by New Zealand for its Antarctic research facility, Ross Dependency. 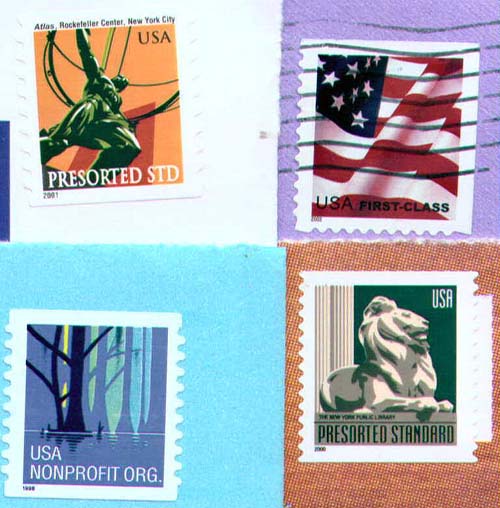 Current U.S. definitive stamps in a variety of formats and versions offer an affordable collecting challenge. 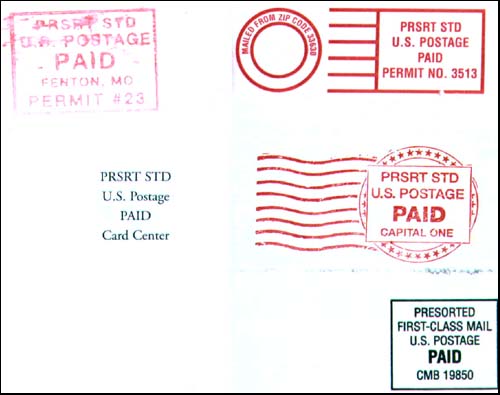 A minicollection of advertising mail covers bearing a variety of imprints and mailing-permit markings. 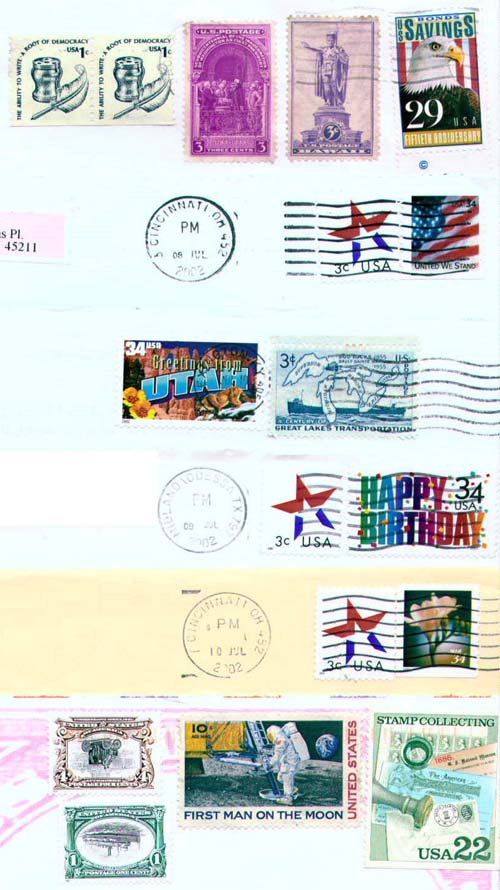 A minicollection comprising covers bearing an assortment of stamps used to make the 37¢ letter rate.
Previous
Next

Wouldn't it be fantastic if all the stamps we wanted for our collections were within our financial means? If it were so, I would have an album in which every Hawaiian space was filled, including the Missionaries.

A lucky few are able to spend on their collections what I would consider to be astronomical sums.Unfortunately, wishing does not make it so, and each collector must decide how much money to realistically devote to a collection.

Most of the rest of us will have to collect within the constraints of a tight budget.

But that's OK. Stamp collecting is special in that it is possible to form completely absorbing and interesting collections with practically no financial outlay, depending upon how resourceful you can be.

For example, as I write this the mailing public in the United States has just undergone a postal rate increase. The ordinary domestic letter rate went from 34¢ to 37¢.

A very interesting collection could be made with covers sent immediately after the rate hike bearing an assortment of lower denomination stamps making up the 37¢ rate.

How many different combinations of stamps can you find? An assortment of covers in this category is shown in Figure 1, with the covers graphically cropped.

Ask your family, friends, business associates and local businesses to save their covers for you.

It isn't very dignified, but rooting around in the post office trash bins can also reap great rewards. Treasures lie hidden for those who are not too proud to go dumpster diving or rubbish rifling.

Bulk-rate, permit and other types of discounted business advertising mail (collectively known as junk mail) can make a fascinating and informative collection no matter whether the mail is stamped, metered or imprinted.

Judging by my own mail, I could make an extensive collection of covers from banks and credit-card issuers soliciting new business A sampling of junk mail covers is shown photographically cropped in Figure 2.

Such a collection can be formed at no cost. At the end of a full calendar year, it would be interesting to see just how many covers the collection contained and what percentage was actually stamped mail.

United States definitive stamps are everywhere. They are often issued in multiple formats such as coils, booklets, and sheets or panes, and are made by different printers, with different perforations or die cuts, and with different year inscriptions.

This gives collectors a lot to look for, and it keeps the interest level high.

Definitives are generally in use for extended periods of time and often are printed multiple times. This provides an added challenge of looking for differences in printings ranging from minute to significant.

You can get in on the ground floor of this collecting area with new definitives the U.S. Postal Service is using today. A smattering of recent U.S. definitive stamps on pieces is shown in Figure 3.

Collect them as mint or used, singles, blocks, strips, or on cover. You are the arbiter of the collection, so you can set the boundaries as narrowly or as broadly as you desire.

Swapping duplicates with collectors in other countries is a great way to add stamps to your collection and acquire interesting covers from foreign lands.

A side benefit of this is that by establishing contacts in other countries, you will learn more about the culture and history of that country.

Specialty societies and collector groups to which you already belong might offer the possibility to establish contact with potential pen pals in other countries.

The International Society of Worldwide Stamp Collectors exists for just such a purpose. It operates an extensive number of swap circuits for its members.

Finding sources for acquiring foreign stamps is not nearly as difficult as figuring out what collecting area or topic will fit into your budget.

Before starting a new collection, consult a stamp catalog. If the catalog values of stamps that interest you sound more like the number of miles between the earth and the moon, chances are good that you will not be able to form a comprehensive collection of that material.

You might be looking for a country that you could complete within a reasonable budget. Good news: There are many such countries.

Ross Dependency springs quickly to mind. Ross Dependency stamps, five of which are shown in Figure 4, are listed in the Scott Standard Postage Stamp Catalogue at the back of the New Zealand section. Ross is New Zealand's base in Antarctica.

The first Ross Dependency stamps were issued in 1957. Generally, New Zealand issues one set of stamps per year for Ross Dependency. The stamps issued to date tell the story of the explorers, flora and fauna of Antarctica. The basic country collection can be completed for less than $100.

You might want to consider collecting a country that no longer issues stamps. These countries are known to collectors as dead countries.

You may have never heard of Oltre Giuba (Italian Jubaland — a province of Kenya that was handed over to Italy in 1924).

None of the stamps of Oltre Giuba are outrageously expensive, but that does not mean they will be easy for you to find.

Maybe you would enjoy collecting by topic rather than by country. Nearly everything you can think of has been depicted on a postage stamp at one time or another.

Choosing a broad topic such as dogs might prove damaging to a thin wallet. Broad topics can be narrowed and focused into something much more achievable on a limited budget.

For example, dogs can be narrowed down to guide dogs, sled dogs, or a single breed such as dachshunds.

The topic of glass can be narrowed to stained glass or glass blowing.

You can always broaden the scope of your collection when and if additional stamp collecting finances become available to you. In the meantime, you are having affordable fun with your collection.

Redefining what you consider to be a complete collection can also ease the strain on your stamp budget.

A complete collection of all postage stamps issued by the United States might not be possible on the amount of money you care to spend. Collecting all the commemoratives issued between 1900 and 2000 or even 1950 and 2000 is a more achievable goal.

Do a little research before settling on a new area to collect. Deciding on a collecting area or theme that is well beyond your means will be frustrating.

Remember that there are plenty of stamps and covers that are both informative and interesting that can be collected on even the shortest of shoestrings. All you need is a little imagination, creativity, and the ability to see treasure where another collector might see only trash.