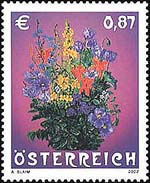 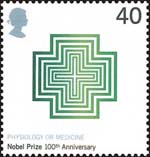 The British took a dignified approach to scented stamps by issuing one with the medicinal scent of eucalyptus to honor the centennial of the Nobel Prizes. 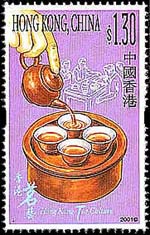 Hong Kong celebrated its tea culture in September 2001 with a set of four stamps that emit the scent of jasmine tea. 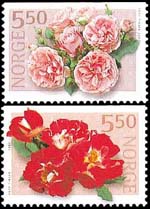 These scented Roses stamps were issued by Norway in June 2001. 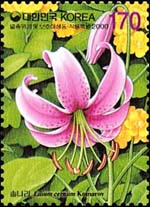 The lovely lily shown on this South Korean stamp smells as nice as it looks. 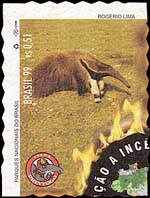 Brazil used the innovation of scented stamps to raise awareness of the need for forest-fire prevention. 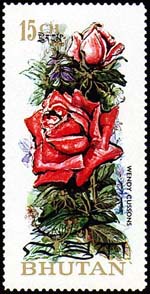 The little kingdom of Bhutan broke new ground in the world of stamps in 1973 when it introduced scented postage stamps.
Previous
Next

People begin collecting stamps for various reasons, and they continue to collect for even more reasons, some displaying individuality.

People collect stamps that relate to their favorite topics — art, music, German shepherds.Some appreciate stamps for their visual elements, from the elegant beauty of a classic engraved stamp to the colorful charm of a modern offset-lithographed stamp.

Others love the historical aspects of stamps, such as the events represented on the stamps or their actual usage in history.

But thanks to relatively recent innovations in stamp production, your stamp collection can have a whole new appeal — smell.

Not the musty, offensive kind normally associated with old collections that have been improperly stored away in a damp basement or attic for decades. Rather, the sweet smells of roses, chocolate and jasmine tea can be a part of your stamp collection.

This exciting innovation in stamps was introduced as far back as 1973, when Bhutan issued a set of six beautiful stamps picturing roses (Scott 150-50E). The unusual quality of this set was that you could not only look at the flowers but also smell them.

The 15-chetrum stamp is shown in Figure 1. It pictures Wendy Cussons roses.

The stamps were printed on paper that had been impregnated with a floral scent, as a lady might spritz a love letter with her favorite perfume.

That these novel stamps came from Bhutan was no surprise. This little kingdom in southern Asia, sandwiched between China and India, is one of the smallest and least developed economies in the world.

It is not unusual for underdeveloped nations and their agents to issue appealing stamps to bring in revenue from stamp collectors, and Bhutan has a history of issuing such unorthodox stamps.

Bhutan did not bother to issue more scented stamps.

No one did, in fact, until more than a quarter century later.

These stamps were not issued merely as a novelty, however. They were issued to raise awareness of and support forest-fire prevention, a legitimate concern for a country that is 58 percent covered by forest.

The Forest Fire Prevention set was printed on recycled paper that had been saturated with the smell of burnt wood.

Figure 2 illustrates the anteater-design stamp. The other 51-centavo stamps in the set picture a flower, a leaf and a burnt tree trunk.

South Korea jumped on the idea wholeheartedly and to this day has produced more scented stamp issues than any other country.

Its first foray into scented postage was with a set of four Endangered Flowers stamps. The pane of 12 stamps (Scott 2018) was printed on paper that smelled of violets.

On it a personified hand forms the American Sign Language sign for "I love you" and holds a rose.

In March 2000, Australia dipped its toe in these experimental waters, not with scented stamps but with a scented panel on a stamp-booklet cover.

The stamps in the booklet (Scott 1818a) pictured garden scenes, and the scratch-and-sniff swatch on the booklet cover smelled of freshly mown grass.

In February 2001, the Asian nation issued another pane of Endangered Flowers stamps (Scott 2046), this time carrying the scent of an ume tree — the sweetly fragrant Japanese apricot.

Probably the most well-known scented stamp issue to date is Switzerland's Chocolate stamp (Scott 1100) issued May 9, 2001.

This appetizing postage looks and smells like fine Swiss chocolate. The stamp is pictured in Figure 5.

The simulated chocolate scent is contained in tiny globules mixed with lacquer that was applied to the printed stamps.

Despite the world's move to self-adhesive stamps, the Chocolate stamp has traditional gum, which might lead mailers to believe that they can have a taste. But they will be disappointed. The stamp's gum tastes like ordinary stamp gum.

Norfolk Island opted to promote tourism and tout its perfume industry with a set of jasmine-imbued stamps (Scott 733-38) issued June 9, 2001.

Norway was close behind with two booklets of stamps (Scott 1303-04) issued June 22, 2001, showing rose designs and infused with a rose scent.

The two 5.50-krone stamps are illustrated in Figure 6.

Norway Post officials assured those who might scoff at the trendy new stamps that scented stamps would not be a frequent occurrence in the stamp program.

Even conservative Britain has entered the world of scented stamps, but of course it was in an indubitably dignified manner.

In 2001, one of Great Britain's Nobel Prizes Centennial stamps, for Physiology/Medicine (Scott 1996), was scented with eucalyptus. The stamp pictures concentric green crosses.

The other five stamps in the set feature different security devices.

The 40p Physiology/Medicine stamp is shown in Figure 8.

Brazil issued a second set of scented stamps in December 2001, this time smelling of coffee.

The scent on these stamps was made with real coffee that was roasted, ground and filtered under pressure. It was then processed into microcapsules, mixed with clear varnish and applied to the printed stamps.

The scent is released by lightly rubbing the stamp's surface with a fingertip.

The specialists who created the process claim that the aroma should last for three to five years.

Stamps printed on scented paper, by contrast, have an expected scent-lifespan of only about three months. This is probably significantly extended, however, when the stamps are stored out of light and away from moving air.

In 2002, South Korea again led the way for stamps that stimulate the olfactory senses with its January issue of four Greetings stamps.

Three of the stamps are scented with smells of the sea, lilies or roses.

The sea-scented stamps pictures a pair of kissing fish and a heart. The two floral stamps picture the appropriate flowers for each scent.

Austria issued its first scented stamp (Scott 1883) on Valentine's Day 2002. The stamp pictures a bouquet of flowers and smells like — can you guess what? — roses.

The 0.87-euro Austrian stamp is shown in Figure 9.

On April 2 the Netherlands issued a lovely pane of 10 stamps with six designs picturing and smelling like flowers. The stamps picture a tulip, rose, dahlia, prunus flower, phalaenopsis orchid and water lily.

The pane was issued in honor of Floriade, an international horticultural exhibition.

The latest scented stamp issue is another coffee set.

The three se-tenant (side-by-side designs) stamps were issued by New Caledonia in June 2002.

The stamps picture the stages of coffee production: coffee beans on the plant, a coffee-processing factory with giant roasters, and finally a steaming cup of coffee at a cafe.

The South Pacific archipelago cultivates expensive arabica coffee beans, and it is known among tourists for its many sidewalk cafes that serve aromatic blends of fine coffees.

The scented-stamp facet of stamp collecting is still limited, and a collection of such stamps will not overwhelm a budget, at least for now. What is to come? Who nose?