Cancels show your stamps in a new light 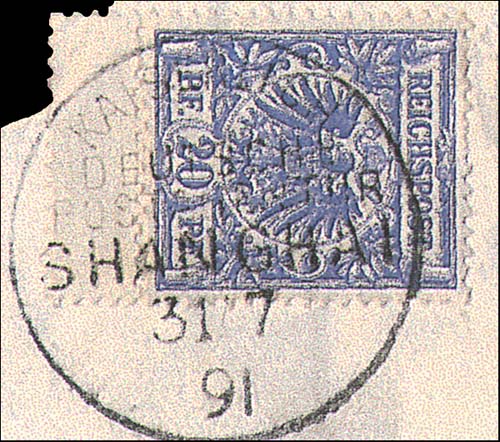 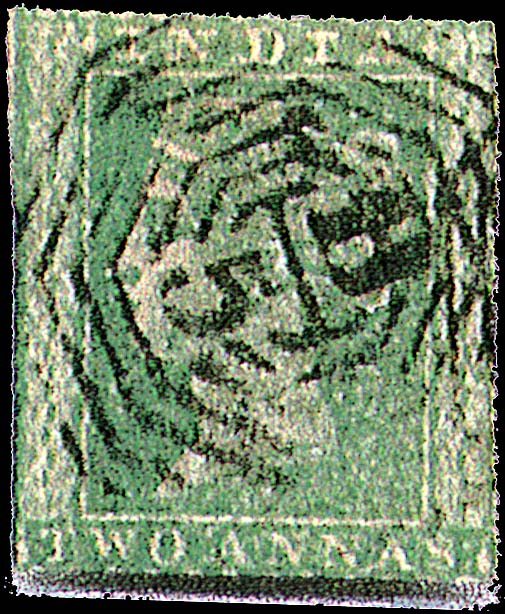 An Indian 2-anna green Queen Victoria stamp Scott 5, bearing a concentric octagonal cancel and the alphanumeric "B5" showing use in Akyab, Burma. 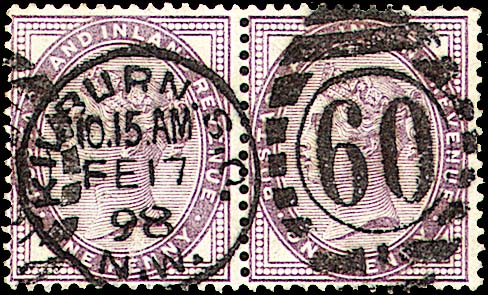 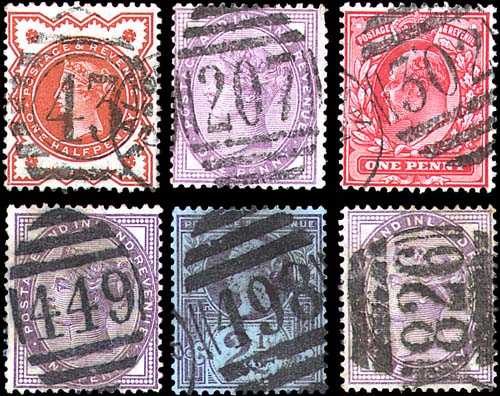 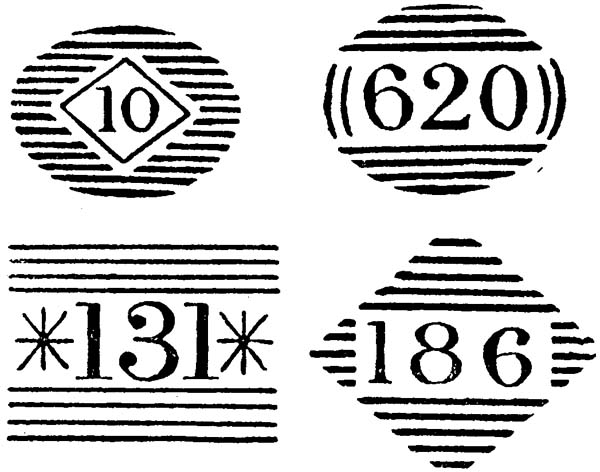 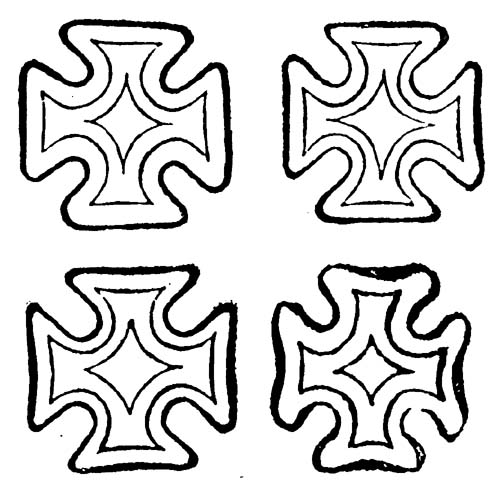 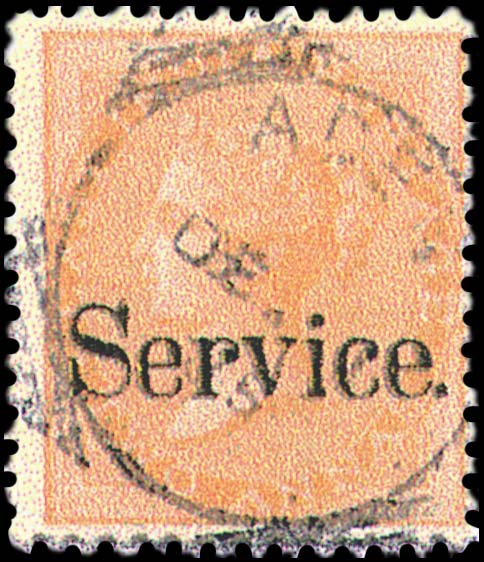 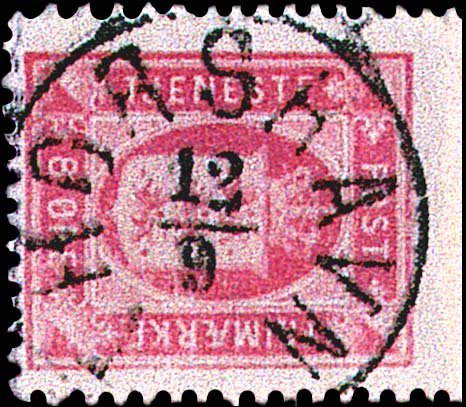 Postmarks can sometimes be cancels if they actually cancel the stamp, but cancels need not be postmarks."Cancellation" and "postmark" are related terms with subtly different meanings. The postmark gives the date and place that a cover was mailed. The cancel obliterates the stamp, preventing further use.

Cancellations are especially suited for study by collectors on a limited budget. Most of the stamps with interesting cancellations shown in this article were acquired for a few cents each.

If you enjoy mysteries and puzzles, then start looking at stamp cancellations. What you find out can affect the value of a given stamp.

On this quest, a rudimentary knowledge of some foreign terms and a good background in geography are of great help, but not absolutely necessary. Ownership of or access to specialized catalogs and reference materials is recommended.

If stamps were never removed from their covers, the task of unravelling the stories of their travels would be much easier. Many stamps that have been soaked still retain enough information to unravel the puzzle.

Modern cancellations can be as fascinating as those from the dawn of postage stamps. The pair of Australian 39¢ Christmas stamps shown in Figure 1, Scott 1103, bear a clear portion of a postmark from Thursday Island.

I'm very fond of islands, especially small, obscure ones that I'll probably never get to visit in my lifetime.

Logically, Thursday Island must be near to or a part of Australia.

Through the use of the Where in the World: An Atlas for Stamp Collectors by Kenneth A. Wood, I was able to locate Thursday Island in the Torres Straight between Papua New Guinea and Australia, just above the Cape York Peninsula of Queensland. Any good world atlas with a thorough index will serve this purpose.

Because of the interesting postmark that these stamps bear, I mounted them in my album as a pair with a neat pencil notation of the significance of the cancellation.

Older stamps often bear interesting cancellations as well. Specialized catalogs can help identify postmarks that can change the nature of a stamp and even make it more valuable.

This is a relatively common stamp, but the Thorshavn postmark changes its collectibility.

Thorshavn is the capital of the Faeroe Islands, a small island group in the North Atlantic north of Scotland. The Faeroes belong to Denmark.

Provisional overprinted stamps were issued for use in the Faeroes in 1919 and 1940-41 (Scott 1-6), but the Faeroes did not begin issuing stamps regularly until 1975. Prior to that date, most mail from the Faeroes bore Danish stamps.

The Thorshavn cancel makes this stamp what is known as a forerunner — a stamp of the governing nation used in the territory before the issuance of separate stamps for that territory.

Eric v. Wowern's catalog Faeroe Islands Postage Stamps & Postmarks gives the names of all the towns in the Faeroe Islands and assigns values for their postmarks used on Danish stamps.

Armed with this catalog or a similar source you may be able to recognize forerunners among your otherwise common Danish stamps.

Other forerunner stamps are listed by other catalogs.

British colonial forerunners are listed in Part 1 of the Stanley Gibbons British Commonwealth Stamp Catalogue. The Scott Classic Specialized Catalogue of Stamps and Covers 1840-1940 also lists many of them.

Many British colonies such as Aden, Bahrain and Burma did not issue stamps until the 20th century.

All three of these colonies used Indian stamps before they issued their own. The Stanley Gibbons catalog illustrates some of the cancellations used locally in these places.

I was puzzled by an early Indian stamp in my collection that was postmarked Aden Camp. I could not find an Aden Camp under either India or Aden in any atlas. I did find it along with all the other town names in the list that precedes the Aden listings in the Stanley Gibbons catalog.

A lifetime could be spent studying and collecting the early cancellations of British post offices.

When Britain first began to issue postage stamps, the postmark and the cancel were struck by two different devices. The postmark, showing the date and place the letter was mailed, was struck somewhere on the envelope front clear of the address. The cancel was applied separately to obliterate the stamp or stamps.

Even though the postmark was lost when the stamp was removed from its cover, the location of its use can often be determined by the shape and design of the cross.

Later British post offices began to the use duplex cancelers, a single device. They had the postmark to the left and a numeral-and-bar or letter-numeral-and-bar cancel to the right.

The device was applied so that the postmark appeared on the envelope to the left of the stamp, while the cancel obliterated the stamp.

The bars of the cancel took different forms in different parts of the kingdom. Tracings of typical cancels from London District, England and Wales, Scotland, and Ireland are shown in Figure 5.

Again, even though the postmark is lost, the numeral and shape of the cancel indicate the post office where the stamp was canceled. British Post Office Numbers by County by Ken Chapman contains a full list of the British duplex numeral cancels and locations, including forerunner uses in colonies and reallocated numbers.

An uncommon cancellation from an obscure location can strongly enhance the desirability of a common stamp.

The numeral and bar cancels on the Queen Victoria and King Edward VII stamps shown in Figure 6 are from London-Aldgate, Clitheroe, Folkingham, Leicester, Manchester and Usk.

A few lucky stamps were fortunate enough to catch the postmark part of the duplex canceler. This preserved the date and place of mailing, so there is no need to look up the number to find out where the duplex is from.

This could happen when there were two stamps on a mailpiece canceled with a single strike of the device. The postmark canceled the stamp on the left while the cancel took care of the stamp on the right, as is the case with the pair of 1d lilac Queen Victoria stamps, Scott 89, bearing a London-Kilburn postmark and cancel shown in Figure 7.

The Indian 2-anna green Queen Victoria stamp shown in Figure 8, Scott 5, bears a concentric octagonal cancel and the alphanumeric "B5."

A check of the list at the beginning of the Stanley Gibbons catalog listings for Burma reveals that cancels of this design were used in Burma, and the "B5" alphanumeric represents the coastal city of Akyab.

Several other countries including France and Belgium used similar systems of numeral cancels.

By the second half of the 19th century, all the Great Powers had extraterritorial rights in many foreign cities. This often included the right to operate post offices there, called offices abroad.

Initially the country used its own stamps in the offices abroad. Later, most of them overprinted or issued stamps for use there.

Shown sideways in Figure 9, oriented to the postmark, is a German 20-pfennig blue Imperial Eagle stamp, Scott 49, on piece. "On piece" means that the stamp is still attached to a fragment of the cover from whence it came.

Because the person who collected this stamp had the good sense not to soak the stamp from the paper, we can still read the postmark that cancels the stamp.

The Shanghai, Jan. 31, 1891, postmark greatly enhances the interest and value of an otherwise common stamp.

Haul out those common used definitive stamps that have been lurking in the bottom drawer of your stamp desk and have another look at the cancellations on them. You could be pleasantly surprised.