How do you define a complete collection? 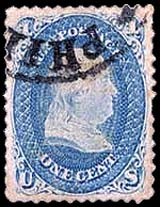 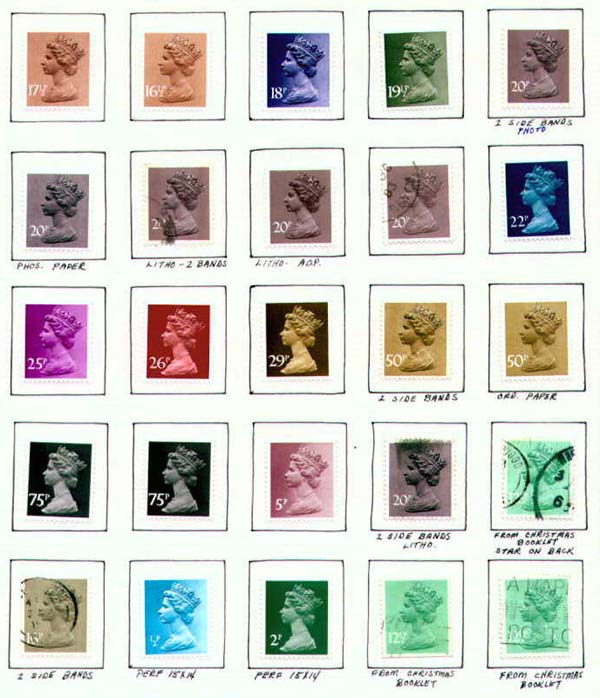 A complete collection of Great Britain's Machin definitives could number in the hundreds, thousands, or tens of thousands, depending on how one defines "complete." 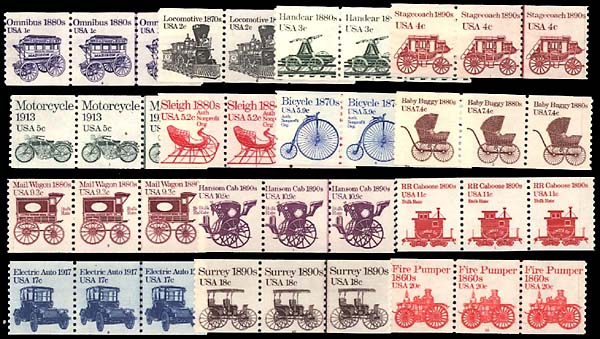 A collection of face-different Transportation coil stamps can be complete without considering such things as plate numbers, gum and tagging varieties, and precancels. 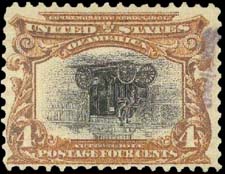 Should a 20th-century U.S. collection be considered incomplete without the Pan-American Exposition issue inverted-center varieties?

Your collection of mint U.S. stamps will not be complete without the 24¢ Inverted Jenny airmail stamp. 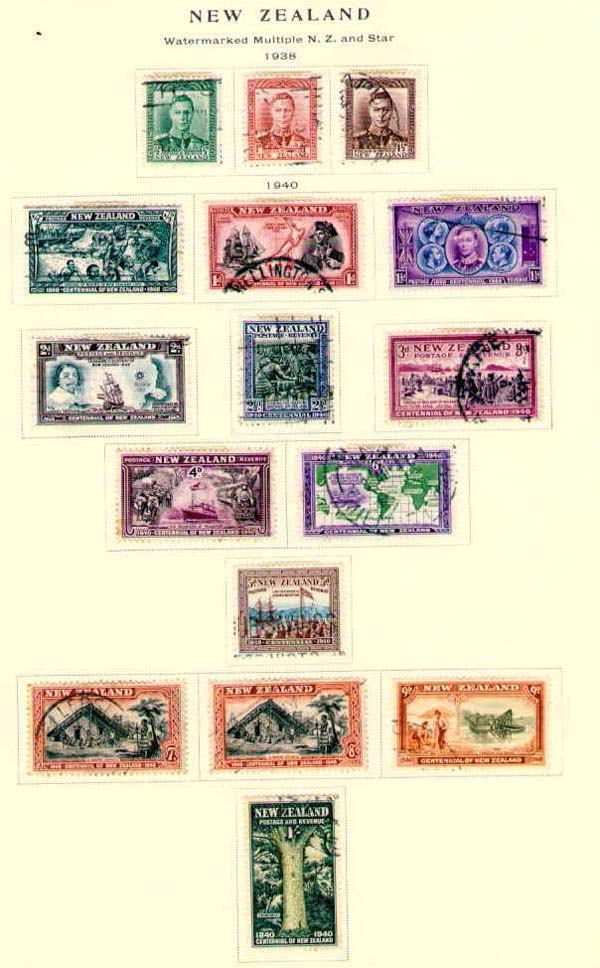 Just because every space on the album page has been filled, does that mean that the collection is complete?
Previous
Next

I am always amazed when a fellow stamp collector tells me he has a complete collection of something.

As a child, I was very satisfied when I completed a page in my stamp album. I considered a page complete when every space was covered over with a corresponding, correctly identified stamp."Complete" is a relative term, and it means different things to different people.

A completed page from a New Zealand stamp album is shown in Figure 1.

In my childhood album, a page might be filled, but that album had spaces only for the low denominations of commonly available stamp series. I still had many stamps for which there were no spaces and many more spaces for which I had no stamps.

As an adult collector, I began acquiring single-country albums that contained many more spaces for all stamps with major catalog listings and some varieties.

Completion took on a different meaning, and trying to fill all those spaces became nearly impossible from either the monetary or the availability aspects, if not both.

"Complete" means filling up all the spaces in an album, right?

But once again, I found I had stamps for which there were no spaces. Buying blank pages and inserting them into the album at the appropriate places easily overcame this. This proved to me that the album did not truly represent a complete collection, even if I could fill up all the pages.

Isn't completion the goal of every collector?

So how do we define what a complete stamp collection is?

Is it every stamp that is catalog-listed? If so, which catalog? What do we do about minor varieties, shades, different types of perforations, back-of-the-book items and other assorted postal paper not usually represented in ordinary catalogs or stamp albums?

Each collector must establish for himself what constitutes a complete collection. Your definition of "complete" could mean an example of each face-different stamp, whereas someone else's definition could include every known variety and sub-variety.

Perhaps you started out with the goal of a complete United States postage stamp collection. In short order you discovered that the 19th-century rarities and the 24¢ Jenny Invert airmail stamp, Scott C3a, shown in Figure 2, would keep you from achieving your goal.

So you revised your expectations and looked for something more achievable. Maybe you set your sights on completing all the U.S. commemorative stamps issued in the 20th century.

Should you eliminate the Pan-American Exposition stamps with inverted centers? Part of the extended set, a 4¢ Electric Automobile inverted center stamp, Scott 296a, is shown in Figure 3.

What about all of those commemoratives with missing colors? They are listed in the catalog; therefore to be perfectly complete you would need those too.

Even a 20th-century U.S. commemorative collection would be too expensive and daunting for most collectors.

What about completing just one issue? That should be easy. Take as an example the U.S. Transportation coil stamp series. This is a very popular series begun in 1981 and in use for many years. The values issued served the needs of common postal rates including bulk mail.

A grouping of Transportation coil stamp strips of three is shown in Figure 4.

Acquiring a complete face-different Transportation coil collection is not difficult. It numbers around 60 stamps.

But one of each face-different stamp does not make a complete collection by many collectors' definitions.

You could, for example, expand this collection to include the stamps bearing the tiny plate numbers that appear regularly at the bottom center of the stamps.

At first, only one in every 52 stamps had the plate number. Later coils had them more frequently. Those with plate numbers are face different from those without plate numbers.

Once you open the door to plate numbers, you might try finding examples of every plate number for every Transportation series coil stamp.

Mint plate number coils are usually collected in strips of five, so you have instantly gone from having a complete collection of about 60 face-different stamps to a collection requiring thousands of stamps, many of them exceedingly difficult to acquire, and some of them very expensive to purchase.

And we haven't even thought of including the phosphor tagging, gum or perforation varieties.

My point is that completion varies, depending upon whose definition we use and the challenges presented by the material being collected.

Let's look at another example where completion sounds possible in theory. In 1967 Great Britain began issuing a new series of definitive stamps showing a profile portrait of a young Queen Elizabeth II. The stamps are based on photographs of a sculpture by Arnold Machin. The stamps, in continuous use since then, are known as the Machins.

A sampling of Great Britain Machin definitive stamps on a homemade album page is shown in Figure 5.

These stamps were originally issued in sterling denominations of pounds, shillings, and pence, for which the monetary symbols are £, /, and d, respectively. There were 240 pence or 20 shillings to the pound.

In 1971 Britain converted to decimal currency wherein there are only 100 pence to the pound and the shilling has gone the way of the dodo. Thenceforth British stamps have been denominated in pounds, for which the same symbol is still used, and new pence, for which symbol is p.

This currency change is just the beginning of the complexity of collecting Machins.

Machins were printed with a great variety of phosphor tagging that would trigger canceling and sorting machines. There are bars and bands of phosphor, which may appear in the center of the stamps or down either or both sides. Some Machins have tagging all over and some are untagged.

A face-different collection of Machins is large, colorful and attractive, but it is not, by any stretch of the imagination, a complete Machin collection.

You might be satisfied with the face-different definition of completion for this series, or you could attempt to collect the tens of thousands of identified varieties listed in the Complete Deegam Machin Handbook. Its size and heft resemble that of the Manhattan phone directory.

Another factor that affects completion is whether the stamps are mint or used.

Let's go back to that hypothetical complete U.S. stamp collection. Some stamps, such as the 24¢ Jenny Inverted airmail, are known only mint. None of them were used for postage.

That nicely eliminates the need to include that particular rarity to form a complete collection of used U.S. stamps.

But some stamps are only known used, such as the famous and fabulously expensive 1¢ blue Benjamin Franklin Z-grill, Scott 85A, shown in Figure 6, of which only two used stamps exist.

It is not too surprising that any U.S. collection purporting to be complete will, of necessity, have to contain both mint and used stamps.

If completion of a collection is your ultimate goal, then only you can decide when it is complete.

Most of us, however, have come to realize that completion is not all it is cracked up to be.

The real thrill is in the hunt, not in the capture.